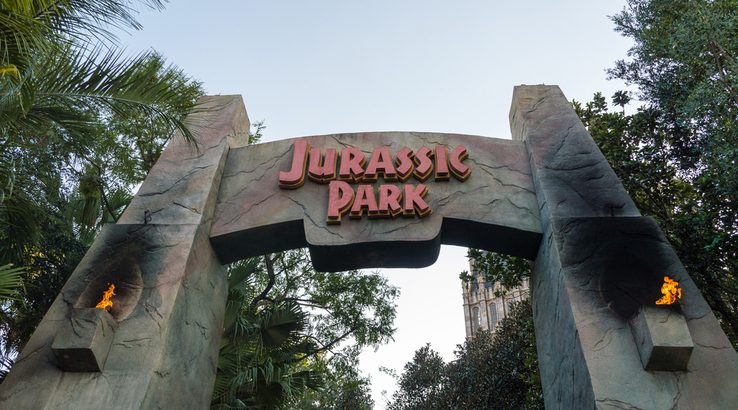 A new range of Jurassic Park-themed clothes has been created to mark the 25th anniversary of the film.

Universal Pictures has teamed up with Gen Art for a capsule collection that will feature designs and patterns inspired by Steven Spielberg’s 1993 classic.

The range will include menswear and womenswear, as well as unisex styles in jungle colors such as greens, browns and reds, plus foliage patterns and dinosaur prints on silk dresses, hoodies, floral shirts and jumpsuits.

Dahl, a British-American who is the granddaughter of popular children’s author Roald Dahl and cousin of supermodel Sophie Dahl, said she took screen grabs while watching the film for her inspiration.

The range, which also marks Gen Art’s 25th anniversary, is the first of what will be 10 Gen Art-Universal Pictures fashion collections that will magnify emerging designers. The Jurassic Park range will launch at Macy’s on March 28, in stores and online.

Jurassic Park was released in 1993 to international critical acclaim and won three Academy Awards for Best Sound Editing, Best Sound Mixing, and Best Visual Effects. It spawned sequels The Lost World and Jurassic Park III before the franchise was rebooted in 2015 with Jurassic World.

The upcoming film, Jurassic World: Fallen Kingdom, will hit theaters on June 22, and sees Bryce Dallas Howard and Chris Pratt heading back to Isla Nublar to save the island’s dinosaurs from a threatening volcanic eruption.

Jeff Goldblum is also reprising his role as Dr. Ian Malcolm from the first two films.