Jeffree Star’s nude palette is coming in 2020 | Why should you buy it? 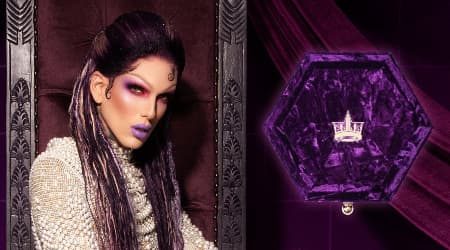 It’s a first for the color-soaked brand.

With Jeffree Star Cosmetics set to drop its purple-punched Blood Lust collection on Feb. 21, fans are already hyping a far more subtle range of shades set to debut. Star confirmed in a YouTube comment his first nude palette is coming sometime this year.

Jeffree Star’s multimillion-dollar line — which includes the candy-colored Controversy and Jawbreaker palettes and mint-green Skin Frost highlighter — is known for playing with color, making the upcoming neutral launch unlike any we’ve seen from the brand.

But knowing Jeffree Star, it’ll be anything but basic.

What we expect to see in Jeffree Star’s nude palette

Though Jeffree Star Cosmetics has not confirmed a release date for the nude palette, we have a few predictions of what it’ll include. And with the brand’s stellar customer reviews, it’s likely going to be a staple in our makeup kits. Judging from eye-popping palettes like Jawbreaker and Blue Blood, you can expect: