Is the Main Street Lending Program a viable PPP Plan B? 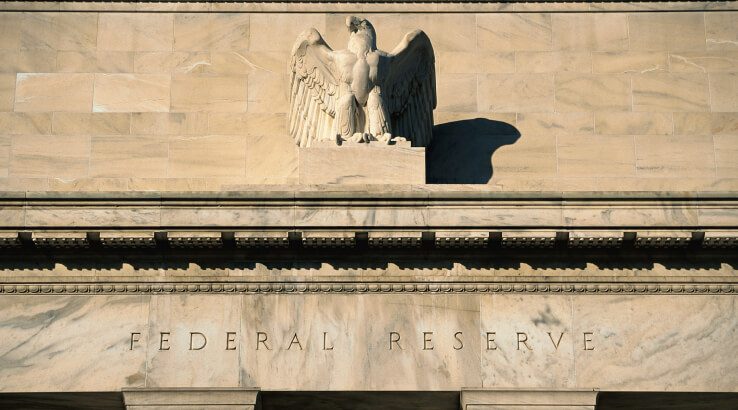 The Federal Reserve announced on April 9 the launch of the Main Street Lending Program, a new lending program for small and midsize businesses affected by the coronavirus.

While it hasn’t launched yet, it’s posed to be an alternative to the popular Paycheck Protection Program (PPP), which ran out of money two weeks after its launch — but may reopen after congress allocates more funding.

Both programs are designed to help small businesses cover payroll costs and retain employees. But there are key differences between the program that you might want to consider before talking to your bank about a Main Street Loan.

There’s no option for forgiveness

One of the most attractive features of the PPP was that businesses could apply to have up to 100% of the loans forgiven after eight weeks. This is key to businesses uncertain about their ability to stay open during the next year, especially when it’s unclear when the economy will be able to open up and how long it will take for revenue to get back to normal.

Main Street doesn’t come with this option. Instead, business owners will need to consider whether they are able to make repayments after a year.

It has a longer deferment period

While the Main Street Lending Program might not offer forgiveness, you don’t need to start making payments until six months after PPP payments kick in. This could make Main Street a better option for businesses that think they’ll be in a better position to make payments in a year, rather than six months from now.

But deferment comes with a hidden cost. Interest typically adds up during deferment and gets added to the loan balance once repayments begin. This translates into higher monthly payments and a higher loan cost for the loan. And the longer you’re in deferment, the more expensive it will be.

Loan amounts are much higher

The PPP caps loan amounts at 2.5 times your business’s monthly payroll with a cap of $10 million. Just over 70% loans approved before April 13 were under $150,000, according to SBA data.

The Main Street Loan caps out at $25 million for new loans and $150 million for expanded loans, depending on your annual revenue in 2019 and any existing credit you’re approved for but haven’t received.

Currently, it plans on offering loans starting at $1 million, but that might change by the time these loans become available. The American Bankers Association sent a request to lower it to $50,000, according to Reuters — and other lenders have echoed calls for a lower starting loan amount.

While the SOFR has stayed below 0.5% since mid-March, this gives it the highest rates for government loans during the coronavirus outbreak. And it might get more expensive. Reuters also reported that lenders are lobbying the Federal Reserve to use a rate other than the SOFR — like LIBOR, which is typically higher.

A variable rate also makes it difficult to predict the cost of your loan, making it more of a risk for your business if you aren’t sure how its revenue will look in the coming months or years. But it’s likely to stay low as long as state economies aren’t fully open.

While the PPP program comes with a two-year term to pay off any balance left after forgiveness, you have four years to pay off your Main Street Lending Program Loan. This can reduce your monthly cost — though the larger loan size and higher rates might offset those short-term savings.

There are fewer size restrictions

The PPP is generally available to businesses with 500 employees or fewer — with some industry exceptions. You can have as many as 10,000 employees companywide or even more with the Main Street Loan Program, as long as your revenue is less than $2.5 billion.

This can be helpful for some businesses. But as we saw with the PPP program, relaxed size restrictions can mean that larger businesses sweep up more funding, drying up the program’s resources quickly.

One of the main drawbacks of the PPP is that you can only use 25% of your loan to cover non-payroll operating costs. This leaves many businesses needing to look to other sources of funding if they need help keeping their doors open.

The Federal Reserve hasn’t issued official guidelines on the Main Street Lending Program, but it appears there are fewer restrictions on how business owners use their funds. Businesses are expected to use the loan for employee retention mainly, but the only hard restricted uses mentioned are refinancing and debt payments.

There’s at least one fee

The PPP program doesn’t come with any fees. But you’ll have to pay a 1% origination fee for the Main Street Loan Program. Lenders can also pass additional 1% facility fee on new loans to the borrower. This combined with the high interest rate, longer terms and the year of deferment make it one of the most expensive government loan programs out there.

You can add your loan to existing debt

The Main Street Loan Program comes with the option to expand a loan you already have with an eligible lender. While the new debt will fall under different rates and terms outlined by the Federal Reserve, this could make for a faster and quicker application than other government loan programs.

Is the Main Street Lending Program really a viable alternative?

With loan amounts of this size and higher rates, the Main Street Lending Program might be a better alternative for midsize companies than your average small business.

While it might not be equivalent to the PPP, it has one silver lining: A program like this might make it easier for Congress to tighten size restrictions to small business lending programs, making those funds available to more businesses when they become available again.