Start watching classic and contemporary movies and shows for $6.99 a month.

Pros and cons of Disney+

How much is Disney+?

Currently there are only two options for Disney+. You can pay a monthly subscription fee of $6.99, or you can prepay an entire year for $69.99. However, there’s also a special bundle package.

You’ll also be able to choose a combination package with Hulu and ESPN+. The standard package costs $12.99 a month. Considering a single standard subscription to Netflix costs $13.99/month, you certainly get a lot for your money.

A new option, The Disney Bundle with Hulu (No Ads), has also been launched for $18.99/month. Some conditions apply for the new deal and you can see all the details here.

How to get Disney+?

As of June 2020, Disney+ pulled all free trials globally. You’ll now need to sign up directly to the service in order to stream.

What can I watch with Disney+?

As the name implies, you’ll get more than just Disney originals with Disney+. Pixar, Marvel Studios, National Geographic and Star Wars are also included, along with some 21st Century Fox classics.

On the TV front, Disney+ offers hours of Disney Channel programming, but also original productions made especially for the streaming service. There’s even 31 seasons of The Simpsons available to binge watch.

On the movie front, Disney+ will become the exclusive streaming destination for all titles under the Disney umbrella. The catalogue already includes hundreds of animated titles from the Disney Vault, as well as Marvel, Star Wars and Pixar films.

Disney+ has even secured the likes of Broadway musical Hamilton. Although originally planned for a cinema release, with theaters closed around the world due to COVID-19 Disney released Artemis Fowl on the platform in June 2020. Though, its biggest play to date was releasing the live action remake of Mulan onto Disney+ instead of cinemas for an additional fee.

Disney+ has plenty of content currently in production. One of the most highly anticipated series to debut on the platform has been the Star Wars spin-off The Mandalorian, led by the roguish spy Cassian Andor. Season 2 of the Disney+ original sci-fi western series launched on October 30 2020.

Additionally, the Marvel universe is expanding, with several TV shows set in the universe slated for Disney+. The first was scheduled be The Falcon and The Winter Soldier, rumoured to premiere in August 2020, however due to the coronavirus pandemic it has been delayed until 2021. Other Marvel series include WandaVision, available now, and Loki coming later in 2021.

There’s a lot more on the horizon for Disney+’s content lineup, but for now you’ll have to be content with the existing library.

What features does Disney+ offer?

Disney+ offers a few enticing features to draw in more than just avid Disney fans. A library full of 4K UHD titles including all of Star Wars is only the beginning.

One of the biggest draws of Disney+ is its range of exclusive documentaries, feature films, original shows and shorts. And it includes more than Disney originals — you’ll also get exclusive Star Wars, Marvel Studios and National Geographic content.

Conserving data or getting a good connection to stream a movie while on the go can be tricky. Disney+ lets you download as much content as you want, so you can bring it with you wherever you go.

Stream on multiple devices at once

Entertain the whole family, even if you’re apart or simply have different tastes. You can watch Disney+ on up to 10 devices at once, and you can keep watchlists separate with up to 7 profiles.

Disney+ has had closed captions since launch, but also has things like descriptive audio and navigation assistance for those with disabilities.

At the start of October 2020, Disney+ rolled out its GroupWatch feature across the app. GroupWatch allows you to watch and react to the same show with up to six different friends at once. It’s quite unique in that it allows you to have a watch party in the app rather than needing an external service to do so.

Although Disney+ is extremely kid and family friendly there’s still the odd title which isn’t quite PG-13 like Pirates of the Caribbean. Kids mode helps to filter those out making sure parents don’t need to stress about any accidents. You can see how to set up Kids Mode here.

Whether you’re a fan of princess films, early 2000’s Disney Channel movies or diving into a National Geographic series, you can see the entire list of films and TV shows from a specific series with Disney+’s different media catalogs. You can even explore every Disney short and animated feature in the order of their release from 1928 to today. 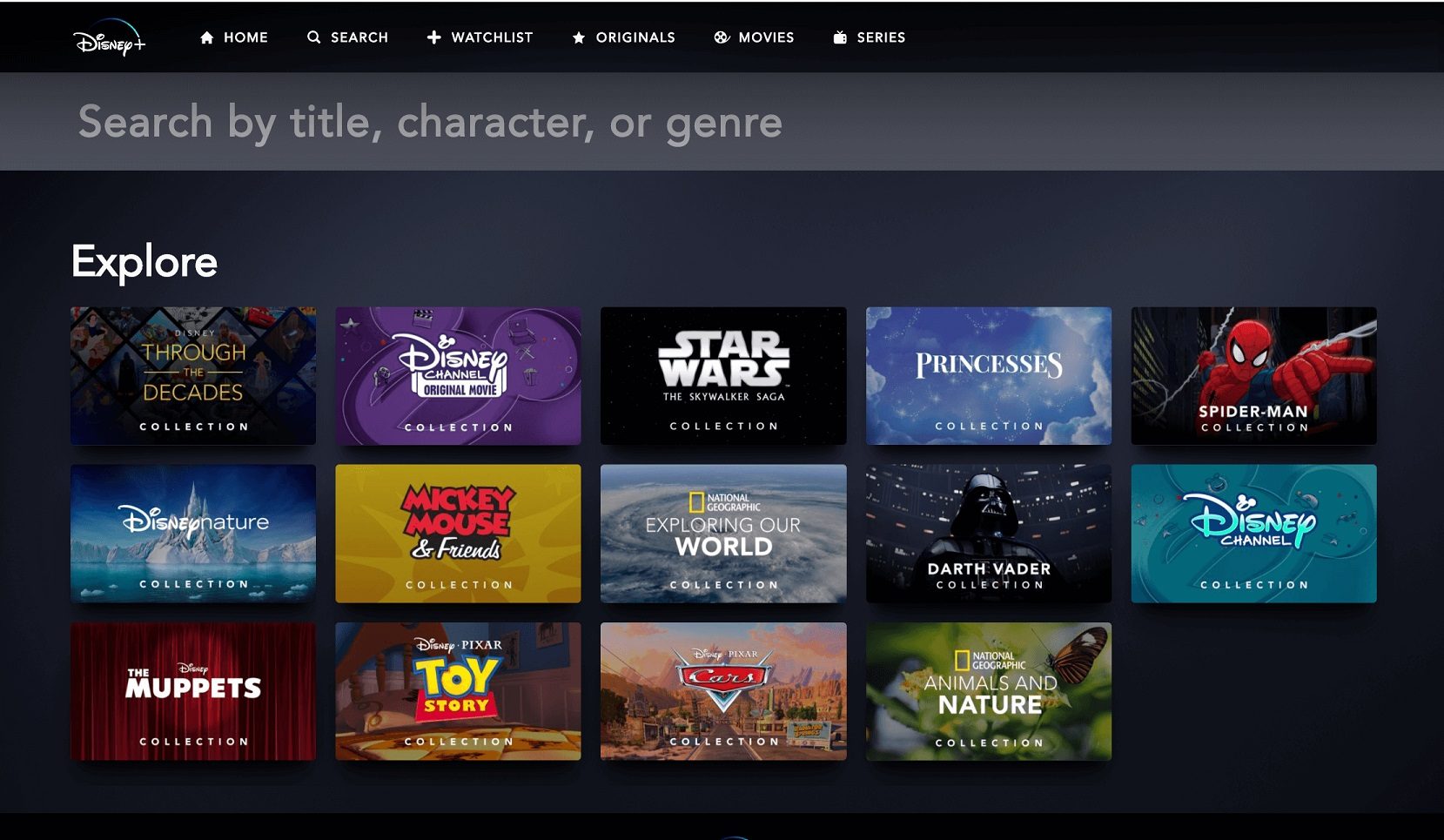 How to watch Disney+?

The website and help center for Disney+ states it will work with the following devices:

Game consoles and other streaming devices

So far, Disney+ has gone off without a hitch. Its price is quite phenomenal when compared to competitors. What it’s lacking in content to begin with it’s making up for in quality, with new production The Mandalorian outranking Netflix’s Stranger Things already.

Almost a year on not much has changed, a few new features, some extra titles, but still there’s a lack of regular new quality content especially for the more adult crowd. With that said we must be somewhat fair to Disney as several of its originally planned 2020 releases have been affected by the COVID-19 pandemic.

If you’re solely looking for something just for the kids Disney+ is a must, but if you’re a little bit older you can probably find better value for money elsewhere when you consider the content on offer. Our recommendation would be to opt for The Disney Bundle. It’s just $6 per month more than a basic Disney+ subscription and offers far more variety.

With so many competing streaming services coming out of the woodwork, it can be difficult to know which is the right one for you. If you’re looking to see how this new competitor stacks up against the reigning king of streaming TV, check out our Disney+ vs Netflix review. Or if you’re looking to learn more about other streaming services, you can check out our Internet TV page and find the right service for you .