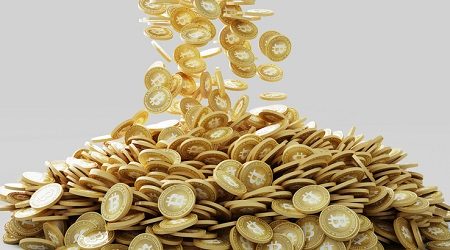 Around one third of Americans believe that digital currencies will rise in value over the next 12 months.

A new survey aimed at better understanding how people around the world feel about cryptocurrency has discovered that a significant proportion of Americans are eager to buy into the new wave of digital currencies.

The survey defined cryptocurrency as not created or secured by a government but by a network of individuals.

More than half (57%) of those surveyed from the United States had, at least, heard of cryptocurrencies. Awareness was greater in Australia (70%) and Europe (66%), particularly in Austria (79%) and Poland (77%). American men (69%) were more likely to have heard of digital currencies than women (45%). Additionally, in Europe, age is far less of a barrier to enlightenment as it once was, as can be seen in the chart below.

“Of course, simply having heard of cryptocurrency, perhaps in the media, is not the same as knowing about it or understanding it,” the report communicated.

“There was no time frame outlined in the question’s wording. Nevertheless, it seems likely that cryptocurrency will remain a minority interest for some time to come,” according to the report.

European mobile bankers are likelier to own cryptocurrency (12%) than those who don’t bank on the go (4%).

Around one third of US respondents declared that digital currencies – such as bitcoin – are the future of spending online (31%), the future of investment (29%) and will rise in value over the next 12 months (34%).

Most Europeans expect to encounter far less risk when dealing with assets such as cash (70%), gold (70%), real estate/property funds (65%), government bonds (63%) or investing in their own business (56%).

When seeking advice about cryptocurrencies, more than one quarter (28%) of Americans visit specialist websites, while one fifth (20%) would consult a financial/bank adviser. A little over one in ten (11%) would use a computer program or algorithm to acquire knowledge. A similar proportion (10%) go to family or friends.

Nearly one quarter (23%) of US consumers will never buy crypto, while a small proportion (8%) are unsure.

Despite their sudden rise in popularity and constant discourse on social media channels and online forums, the overwhelming majority (92%) of Americans do not actually own any digital currencies, according to a recent survey of 2,001 American adults commissioned by finder.com and carried out by Pureprofile in February.