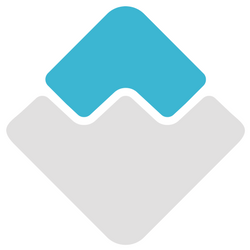 How to buy, sell and trade Waves (WAVES)

A beginner’s guide to buying, selling and trading WAVES in India.

The Waves (WAVES) token is the official currency of the Waves platform, an initiative which hopes to open up blockchain technology to the masses. The Waves platform aims to bridge the gap between traditional and blockchain-based financial systems, facilitating the trading of national currencies and precious metals such as gold and silver on the blockchain. It also hopes to open up the blockchain to crowdfunding efforts, among other applications.

Transaction fees on the Waves platform are paid using a wide variety of cryptocurrencies as well as the WAVES token, which is available for trading on several exchanges.

To learn more about where to buy WAVES, how it works and things you should know before buying, keep reading our step-by-step guide.

Where to buy WAVES

You can buy and trade WAVES on the Waves platform’s own Waves Decentralized Exchange and several other cryptocurrency exchanges, including the following:

A step-by-step guide to buying WAVES

To buy WAVES on an exchange, you can follow the example below.

Step 1. Create an account on a cryptocurrency exchange that allows trading with WAVES

While some exchanges accept deposits in fiat currency such as INR, some of the above do not. The steps for depositing funds into your account varies between exchanges. When depositing fiat currency, this typically involves using the exchange’s “Deposit” feature, where you can choose the currency, payment method and amount to deposit.

You should wait for your account to reflect the deposited amount before you buy WAVES. Again, the steps for buying WAVES may vary slightly between exchanges. The normal process involves navigating to the trading page, selecting the appropriate trading pair (such as WAVES/BTC if you are exchanging BTC for WAVES), specifying the type, size and price of your order, and lastly clicking the “Buy” button.

How to sell WAVES

The steps for selling WAVES often vary slightly from the buying process. In most cases, selling involves entering the trading pair on the exchange’s trading page, specifying the type, size and price, then clicking a “Sell” instead of a “Buy” button.

Which wallets can I use to hold WAVES?

The Waves platform makes it easy to trade WAVES through its official in-browser and desktop wallets. The WAVES desktop wallet is available on Windows, Mac OS and Linux. Android and iOS wallets are available as well from Google Play and iTunes.

If you’re curious about cryptocurrency wallets, read our ultimate guide.

How the Waves platform works

The brainchild of an experienced group of blockchain developers from Russia, the Waves platform aims to facilitate the direct trading of cryptocurrencies with fiat currencies to become the preferred platform for companies looking to leverage blockchain technology. Companies and users need the WAVES token to access the products and services on the Waves platform.

To help achieve its aims, the Waves platform aims to bypass the latency problem inherent in any blockchain, including its own. Latency refers to the delay between when data has been instructed to be transferred and when it begins following this instruction. This has implications on the scalability of blockchains. A computer connected to the bitcoin network is referred to as a ‘node’ and full nodes are programs which fully validate transactions before passing them onto another node (often another full node). During this validation process, data is instructed to be transferred and the latency problem arises.

In response to the latency problem and contrary to the full node system the bitcoin network favours, the Waves platform has designed a two-tier architecture. This divides the platform’s users into lightweight nodes and full nodes. The former lets the latter handle payment verification and other transactions that they can’t otherwise handle. Because of the increased balance from lightweight nodes, full nodes enjoy a higher stake in the Waves platform. On the other hand, lightweight nodes still get a chance to collect transaction fees from the platform.

With this innovative two-tier architecture, the Waves platform aims to process blockchain-based transactions at a much faster and cheaper rate compared to other platforms.

To learn more about the WAVES token and the Waves platform, check out our introductory guide.

What to consider when buying WAVES

Note that there are inherent risks in cryptocurrency trading because of the speculative nature of the cryptocurrency market, which accounts for the volatility of coin prices. Before buying WAVES, consider the following factors.

Was this content helpful to you?
Thank you for your feedback!
Ravencoin (RVN): What is it and how do you buy it in India? How to buy, sell and trade Siacoin (SC) in India