How to buy MaidSafeCoin (MAID) | finder 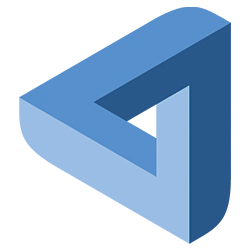 MaidSafeCoin (MAID): What it is and where to get it

Promising a safe coin for the SAFE network

At the start of 2018, the network was in its Alpha 2 stage. It aims to be an entirely decentralised and completely secure computer network. The token is designed to reward people who donate processing power, data storage space and Internet bandwidth to keep it that way.

SAFE aims to be a completely secure decentralised computer network, supported by its users and running across thousands of computers around the world at a time. You can access the network through the SAFE browser.

The system is mostly built to make full use of the security and privacy that only decentralisation can offer, along with the potential cost-savings that come from being able to buy network services directly through peer-to-peer transactions with a cryptocurrency.

The coin cap is set at about 4.3 billion, and unlike many other cryptocurrencies, MaidSafe doesn’t use a blockchain. It’s directly built and secured by its users donating their processing and storage power, and the token-mining system is called farming.

Farming is done by holding the coins in a Safecoin wallet, cryptographically connected to a MaidSafe account, and by providing network resources in the form of bandwidth, storage space and processing power to the network.

Safecoin farming is conducted through “vaults.” Newer vaults will earn less until they start storing up to the network average. The goal is to encourage more system stability and encourage long-term users.

The earn rate is also modified by current network supply and demand. If demand for processing power, storage or bandwidth is outpacing the supply, the costs will rise, which in turn means higher earnings for farmers (from both payments and farming rewards).

Vaults are also given ranks, based on how useful they are. Larger and better contributions of the resources most in-need will be deemed more valuable.

The farming earn rate starts to level off at around 20% above average. This is to prevent the creation of mega-vaults and to make sure the SAFE network remains properly decentralised.

The system also automatically incentivises the release of additional resources when the system needs it most, while offering comparatively cheap resources to users when there’s a surplus. This in turn increases its pick-up.

The SAFE network will run on constant supply and demand, with promises that all users will automatically be offered the cheapest possible network services.

It’s expected that nodes that try to game the system to maximise earn rates rather than contribution will be removed.

The SAFE ecosystem appears to make sense, and the economy seems to be well balanced for sustainability. Indications are that SAFE may be creating the kind of win-win situation that often characterises successful cryptocurrency disruptors.

However user uptake might be a main challenge. The average user probably doesn’t need or want a hyper-secure network – although the growing prevalence of digital currency might change that – and growing to a user base of millions might be overly ambitious.

Also, like many other cryptocurrencies, MaidSafe currently wasn’t fully up and running at the start of 2018. The success of the coin is naturally contingent on the success of ongoing development.

But this isn’t necessarily a bad thing. The SAFE network may struggle with user uptake if it goes live in 2018, but a few years down the line, it might be exactly what people need.

How to buy Bitcoin in India

Bitcoin has hit record highs recently. Want to invest in Bitcoin but don’t know where to start? Follow our easy step-by-step guide.

How to sell Bitcoin

Want to sell Bitcoin for Indian rupees (INR) or cryptocurrency but not sure how? Find out what you need to do in this handy guide.

How to buy and sell FANTOM (FTM)

What is the FANTOM blockchain protocol and how can you buy the platform’s native FTM tokens? Find out in this handy beginner’s guide.

What are ERC20 tokens, how do they work and what do they have to do with Ethereum and other cryptocurrencies? Find out here.