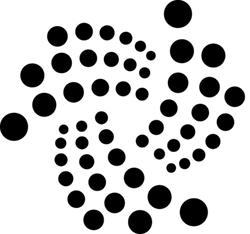 How to buy IOTA and how it works

Andrew Munro
This article contains links to products or services from one or more of our advertisers or partners. We may receive a commission when you click or make a purchase using our site. Learn more about how we make money.

Find out how and where to buy IOTA, and why you should and shouldn’t.

A lot of people believe that tangle will be the blockchain’s successor.

Currently, you can find IOTA at the following exchanges.

This reward is partly from newly released coins, but mostly from transaction fees.

A lot of different stakeholders are also taking an interest. IOTA has announced some high profile partnerships with various brands, including Microsoft, Samsung, Cisco and Volkswagen, while others are already building new technologies with the specific intention of migrating them to the IOTA network later on.

The following are some of the applications floated by various organisations:

However, it’s hard to predict the future role of the coin in the tangle network. It’s been described as an instrument to help machines speak with each other, rather than an investment to pass between human hands. Its uniqueness makes it hard to predict what IOTA “should” be valued at and how well it will store value in the long run.

Was this content helpful to you?
Thank you for your feedback!
IOTA price prediction 2020

How to do technical analysis and read the cryptocurrency market

There’s much to gain and lose in the volatile cryptocurrency market. If you want to make the best decisions, then you need to understand how to do a technical analysis. This guide from finder will tell you everything you need to know.