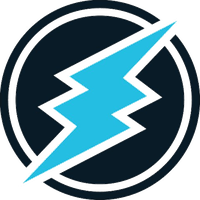 How to buy Electroneum

A guide to Britain’s first coin, including where you can get ETN.

The Electroneum coin (ETN) is a standard digital coin with no particular features other than being able to transfer it between addresses, hold it in wallets and use it in lieu of currency wherever it’s accepted.

The Electroneum platform itself is what makes it different. It’s a mobile-only coin, and anyone with a phone can quickly download the app, create a secure wallet and simulate mining their own coins to get started.

Where to buy Electroneum

What wallet do I need?

You can download the Electroneum wallet and app to get started.

How does Electroneum work?

Like many other cryptocurrencies, Electroneum doesn’t have any features other than the ability to be held, sent, received and spent.

But unlike most other cryptocurrencies, Electroneum is entirely based on a mobile app. Mining takes place through the mobile app or through the downloadable desktop program, and it includes a built-in offline wallet.

To keep mobile mining somewhat effective, it’s specifically designed for CPU mining rather than ASIC mining. Unfortunately, you’re not actually able to make a lot of ETN by simply mining with your phone. As such, Electroneum also offers a kind of promotional mining experience to let new users quickly get some coins.

Electroneum is specifically geared towards simplicity, with the goal of driving quick user uptake. You can think of it as a mobile game, which you can download from the app store. It is designed to get people hooked and it lets you purchase in-game tokens that you can redeem for real money or spend in other mobile games.

The main differences between Electroneum and any other mobile game is that it’s based on the blockchain. The developers want to see real-life stores accept the in-game tokens, and “playing” ETN simply means leaving the app running.

The ETN token is set at a supply of 21 billion. The developers chose this number because bitcoin has 21 million, but Electroneum’s market research showed that people prefer to see whole numbers instead of fractions.

The mining algorithm precludes ASIC processors of the kind that dominate bitcoin to ensure users can still get a sense of accomplishment from downloading and “playing” the Electroneum app.

It uses the same CryptoNote algorithm as Monero to offer a high degree of privacy on the chain.

Should I buy Electroneum?

The Electroneum team has laid plans to help drive a quicker uptake of Electroneum and wider use of the token.

The following are two areas where the coin can be used:

The main problem is that Electroneum’s success is far from guaranteed in either of these spaces.

Other cryptocurrencies have been involved in the gaming space for much longer and offer game creators more features, such as the creation of a platform on which game developers can publish to directly earn a higher proportion of the total revenue.

By contrast, Electroneum can offer some kind of prepackaged in-game currency system for creators and the potential for driving its own users towards certain games based on the promise of letting them spend ETN tokens there.

And as a dark coin, traders need to determine whether Electroneum can match the advanced features of privacy coins like Verge or the value of the original Monero. Plus, there’s probably something imprudent about carrying it all around on your phone

In the long run, Electroneum’s vision is to have the coin accepted in stores around the world as a real currency. Older and better-known coins than Electroneum are still struggling with that.

Electroneum might succeed at its goal of getting people into cryptocurrency, but that doesn’t mean they’ll stay with ETN, use ETN or ever spend any money on it. Each new user that comes in to check it out, gets their simulated mining rewards and then gets bored could end up hurting currency value by adding inflation to the ecosystem and then bailing.

“The average lifecycle of a mobile game includes nearly 80% of its userbase migrating away from it within two months after intense use… the average retention rate of a multiplayer online game is just 20% after the first 30 days… only 1.9% of players opting to make in-app purchases.”

ETN is more likely to be a victim of these problems than the solution to them.

Was this content helpful to you?
Thank you for your feedback!
How to buy Dentacoin How to buy PacCoin

How to buy Bitcoin ETFs from India

Bitcoin ETFs are coming to market. Here’s how you can invest in them.

Learn more about the YONO SBI platform and a range of SBI bank account to decide whether it’s a good fit for your needs.

How to buy the Cosmos blockchain (ATOM) cryptocurrency

Learn where to buy ATOM, the Cosmos blockchain’s native token.