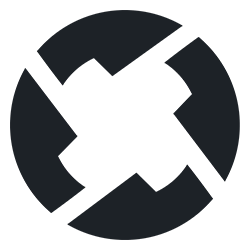 0x is a completely open source and permissionless protocol designed to work with ERC20 tokens.

The features that Ox highlights the most are:

The 0x Protocol uses the ZRX token to offer transfer and storage of value across multiple ERC20 projects, execute transactions on the 0x protocol and act as a common token.

What does this mean? For starters, there is the possibility that you might be able to seamlessly spend ERC20 tokens interchangeably across a wide range of projects.

How does 0x work?

One of the main applications of the 0x protocol is for the creation of decentralised smart contract-operated exchanges. This is necessary to mitigate the risks of theft or misconduct found with centralised exchanges.

But there are several problems with that idea.

0x aims to solve these problems with:

What are the relayers?
Orders are transported off-chain. In other words, they’re transported by 0x instead of Ethereum. This is done by relayers which collect a small fee each time they facilitate a trade. Anyone can build a relayer.

0x is already used by a range of different exchanges. Many of the exchanges that carry out smart contract-facilitated trading are already using 0x.

What should I consider before buying ZRX?

0x is explicitly designed to enable cross-chain functionality among multiple ERC20 tokens and to act as a common unit of exchange among them where needed.

The token itself is used to pay the nominal relayer fees, and the exceptional utility and wide use of the 0x platform may see demand for the token grow from there.

Other than that, you might imagine ZRX as a generic unit of currency which can be freely traded for others at current rates. By its nature, ZRX trading is probably going to be largely automated and done on an as-needed basis.

The 1 billion coin supply limit (of which 500 million are in circulation), next to its utility and wide use, suggests that it may still have a lot of room to grow.

It’s worth considering the potential for growth in cryptocurrency as a whole, and the number of ERC20 tokens that have yet to launch but will almost certainly be using the 0x protocol in the future.

Even if/when the Ethereum blockchain finds a way to drop its gas costs to negligible levels, 0x’s potential to bridge ERC20 tokens might still find it being widely used.

ZRX might be viewed as a relatively safe token, but that may mean that it won’t see the same explosive growth as other tokens. If there is sudden growth, you probably want to find out why. Perhaps someone abruptly dropped a lot of money into ZRX or something exciting just happened elsewhere. As always. it’s important to conduct due diligence before considering buying ZRX.

Was this content helpful to you?
Thank you for your feedback!
How to buy Basic Attention Token (BAT) How to buy Ardor (ARDR) and Ignis (IGNIS)