Elon Musk's new satellite-based Internet service promises fast broadband across all of Ireland. Learn here about how it might succeed against 5G.

Satellite-based Internet isn’t a new phenomenon in Ireland. But in 2021, the skies above us will open up to a fresh satellite Internet competitor as Elon Musk’s Starlink service becomes available to select Irish.

Starlink is SpaceX’s low-earth-orbit satellite constellation, first prototyped in 2018 and made available to North American consumers in late 2020. SpaceX plans to have thousands of its low-earth satellites form a global cluster capable of delivering Internet services to almost anywhere the planet.

The advantage of low-earth orbits is that there’s less transmission space between the Starlink cluster and other competing satellite services, theoretically leading to faster services. With the right equipment — and sometimes with the naked eye — yes, you can see them. However, they’re rapidly moving satellites: they circle the globe every 90 minutes, so don’t blink. There’s already a service tracking Starlink’s satellite visibility, so grab that telescope and get spotting! 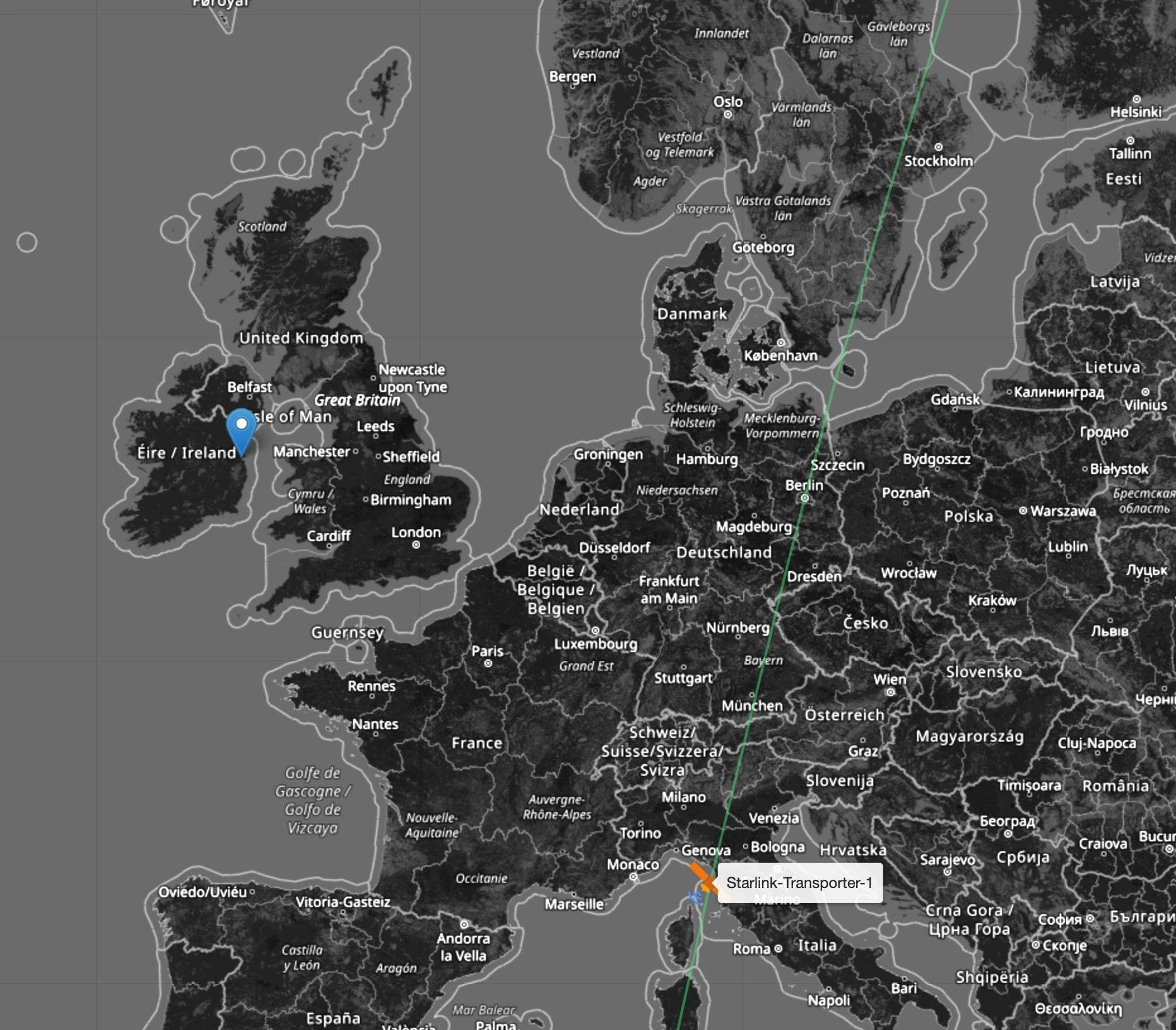 When can I get a Starlink service in Ireland?

Starlink is offering its services on a “first come, first served” basis, but there’s no real indication what that really means in terms of available service numbers or expected customer loads.

How much will Starlink cost in Ireland?

Starlink’s pricing for a single month plan goes for €99 with no stated data caps.

However, there’s more to it. You’ll also need to pay for the receiver equipment and hardware, costing €499 plus €50 for shipping and handling. If you’re selected as a Starlink customer, you’ll have to pay the equipment and shipping fee up front.

How fast will Starlink be in Ireland?

The catch here is coverage areas. While there’s been a rapid expansion in 5G availability in Ireland, it’s still heavily concentrated on high population areas across both 5G networks.

Starlink can – in theory – deliver a service to any open-air spot across Ireland. You won’t get much of a 5G signal in the wide, open countryside, but (presuming you could provide power) you could get a Starlink signal and service.

Helen Champion is an associate editor at Finder. She has worked in communications for over 16 years and currently writes on a range of topics including insurance and money transfers in the hope of empowering people to make better financial decisions. During her broadcast career, she helped to produce hundreds of news and breaking news reports for Associated Press TV and ITV News. And in public relations, she managed several high-profile public relations campaigns for Macmillan Cancer Support, the General Medical Council and overseas for Qatar Foundation on behalf of BLJ Worldwide. Helen has a Bachelor of Arts in Journalism from the University of Lincoln, a passion for practising karate in the dojo and a deep love of making mischief with her sons.