Disney+ Star Ireland library
How to sign up
Devices

NOW TV has staked its claim in the streaming space. Is its Pandora’s box of entertainment right for you?

Since launching in Ireland in mid-2017, NOW TV has grown in leaps and bounds. Key to this impressive expansion success story has been the NOW TV Smart Box. Armed with this easy-to-use streaming hardware, parent company Sky means to mobilise NOW TV against box-less mega-rival Netflix and its fellow US-based behemoth Amazon Prime.

You’re certainly not spoiled for choice here, so the question of the hour is: what does this joy-dispensing rectangle do exactly and does it deserve a spot next to your favourite TV screen? 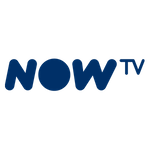 Get deal
Binge the best of pay TV with a free 14-day trial.

What does the NOW TV Smart Box do?

In plain speaking, this so-called Smart Box one-ups NOW TV’s other device on offer, the Smart Stick. The box offers 4K streaming, the Stick does not. The only minor downside to the Smart Box we can see: this more-features-rich rectangle takes up a bit of your entertainment unit space, whereas the Stick is a USB dongle that hangs out the side of your Smart TV, like an excited hitchhiker’s thumb.

Beyond that, either option will allow you to mix and match your selection of the four NOW TV Passes. On-demand viewing and catch-up are also supported, as is NOW TV’s “super snappy voice search” function.

The best news though is the NOW TV box runs on Google’s Android operating system and will have access to the Google Play store, allowing users to download compatible apps and get access to regular software updates.

Basically, what we have here is a repurposed Roku 3 box, with a few key differentiators that explain the much lower cost. Most importantly, it’s worth noting NOW TV parent company Sky has locked down the operating system to prevent the unit from being repurposed to serve its content-providing rivals. Costs have been cut with I/O as well – the side USB and rear Micro SD ports may as well be painted on.

What services is the NOW TV Smart Box compatible with?

The box is a gateway device to the best of NOW TV. This means you’ll get access to Sky Sports, movies, TV stations and several thousand hours of entertainment in general. The good news: getting access to all that doesn’t mean a lock-in contract or a large yearly subscription price. NOW TV operates via a number of passes that can be paid for as you go, on a month-to-month basis.

If it’s not NOW TV you’re craving tonight, you can always switch to Netflix or YouTube.

What other apps are available on the NOW TV Smart Box?

How much does NOW TV Smart Box cost?

At the time of writing, the NOW TV Smart Box is not available for purchase online. It has been replaced with the NOW TV Stick.

What plans is NOW TV available on?

Adam Mathew is a writer for Finder, specialising in video games and TV. He's been the editor of magazines such as Ultimate Nintendo and Official PlayStation AU. His words may also be found in IGN, Gamespot, Kotaku, Red Bull, Game Informer and AusGamers.

Was this content helpful to you?
Thank you for your feedback!
The 20 best documentaries on Netflix Ireland in 2022 How to set up NOW TV: A step-by-step guide

Every TV show and movie launching on the new Disney+ Star channel.

How to sign up to DAZN Ireland: A step-by-step guide

Sonos’s massive soundbar produces some astonishing sound once you’ve got it set up, although its asking price may put it out of reach of many.

How to watch Bundesliga German football online in Ireland

A new season of Germany’s premier football competition, the Bundesliga, begins in August.

Where to watch The Lion King (2019) online in Ireland

The remade live action The Lion King is now streaming.

For diehard Star Wars fans, Disney+ has plenty of content to watch and then watch some more.

How to watch Star Wars: The Rise of Skywalker online

Here’s how to watch Star Wars: Rise of Skywalker online for free.

Some of our favourite streaming services saw a surge in page views over March. Which ones are growing the fastest? Finder unpacks the stats.

How to watch the 2020 NFL Draft live in Ireland

The 2020 NFL Draft is going ahead as scheduled, with players to be selected via video conferencing due to the coronavirus pandemic.