Online retail giant Amazon shifted into the video streaming market in 2011, and went global with the service in late 2016. Here's what you need to know to watch in Ireland.

Long before Netflix launched in Ireland and even before video streaming was even a thing, Irish citizens looking for a bargain on the latest DVD movies would often head to Amazon to try and get a better price. And while that still happens, the rise of streaming platforms has changed the way we consume entertainment.

Amazon wasn’t oblivious to the benefits of streaming. As far back as 2006, Amazon offered video rental and download services like iTunes, but in 2011 it launched Amazon Prime Instant Video in the US, a streaming platform offering a huge range of content to customers of its Amazon Prime service. But it wasn’t until December 2016 that Amazon’s streaming efforts really became relevant for Irish citizens.

Timed around the launch of the spiritual Top Gear successor The Grand Tour, Amazon took Prime Video global to 200 countries around the world, including Ireland. While global licensing arrangements meant that the lineup of content at launch was not as extensive as with Netflix, Amazon publicly announced a significant investment in original series, all delivered exclusively via the Prime Video platform.

How much does Amazon Prime Video cost in Ireland?

There was plenty of discussion around how much Amazon Prime Video might cost when it went global late in 2016. Fortunately for Irish citizens, Amazon has decided to be rather aggressive with its pricing strategy for its streaming video platform. Amazon Prime Video went global in December 2016 and was available for only €2.99/month for the first six months and €5.99/month after that.

Since then, Amazon launched its full-blown Amazon Prime service in Ireland. An Amazon Prime subscription includes not only Amazon Prime Video access but free and expedited shipping on a number of products from Amazon Ireland. Amazon Prime also has a 30-day free trial offer so you can test out if it’s right for you.

You can watch Prime Video originals like Hunters, Jack Ryan, Star Trek Picard, The Boys and more. Or, you can relax with engaging hidden gems like Sneaky Pete and The Man in the High Castle.

Prime Video has also landed the global rights for Borat 2.

Amazon’s streaming future is looking bright, so you won’t run out of content to watch anytime soon. Prime Video also has thousands of shows and movies that it didn’t create too. Though as they don’t own these productions they may come and go off the service.

The fact that Amazon Prime Video has been active in some international markets for years before its global launch means that there’s a solid lineup of devices you can use to access the service. In addition to the standard web browser, there are dedicated apps for iOS and Android smartphones and tablets. For iOS, you’ll need to be running iOS 8 or above, while Android users will need Android 4.0 or above.

Being that Amazon also plays in the hardware space, it’s not surprising to learn that its range of Amazon Fire tablets also support Prime Video streaming. While initially not available in Ireland, you’re now able to stream through game consoles as well – PlayStation 3, PlayStation 4 and Xbox One.

If you want the full smart TV experience for Amazon Prime Video in Ireland, you’ll need to ensure you own one of the compatible LG, Sony, or Samsung Smart TVs. There’s no native support for Chromecast, but you can stream on TV using Roku devices, the Fire TV stick, or Apple TV.

Amazon’s streaming app has a pretty robust range of streaming quality settings in its mobile applications, although the settings are different depending on the device you use. On Android, you can only get a standard definition video stream. The best quality setting will use about 460MB for one hour of content, while the data conscious can be miserly by selecting the Data Saver option, which uses about 140MB per hour of streaming.

You also have the option of always using the Best quality setting when connected to Wi-Fi. iOS users, meanwhile, will use a lot more data streaming Prime Video. The best quality setting for Apple devices will use 5.8GB per hour, while the good setting still manages to chew through double the data of its Android counterpart at 600MB per hour. Here’s a breakdown of the approximate data use for an hour’s worth of streaming across the operating systems and quality settings:

Amazon does also allow users to download videos for offline viewing, with files taking up about the same amount of space on your device as the streaming settings. You can change the quality setting at any time on your mobile device by heading into the settings menu and choosing the streaming and download quality within the app. As with streaming, the amount of storage you can expect a file to take up caries between iOS and Android devices. Here are the numbers provided by Amazon within the iOS and Android apps:

As with all the other streaming services though, those rates are indicative. If you are streaming and your connection can’t deliver the best quality stream, it will adapt to give you the best quality it can under the conditions, capped at the setting you’ve chosen. 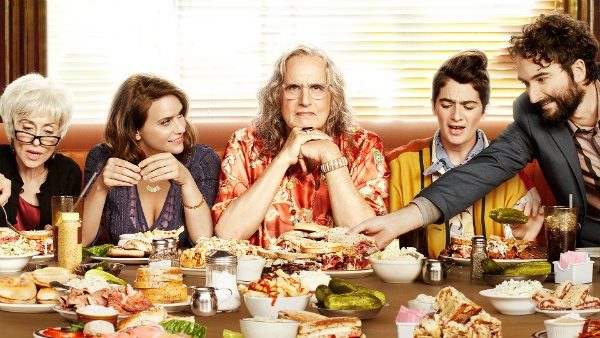