Learn how to easily invest in General Electric shares.

DEGIRO
Our 'sponsored' products are presented as a result of a commercial advertising arrangement or to highlight a particular feature. Sponsored products are not a recommendation, an indication a product is the best in its category, nor represent all products in the market. It is important to compare your options and find the right product for you.

How to buy shares in General Electric

Warning: CFDs are complex instruments and come with a high risk of losing money rapidly due to leverage. Between 74-89 % of retail investor accounts lose money when trading CFDs. You should consider whether you understand how CFDs work and whether you can afford to take the high risk of losing your money.
Data updated regularly

Since the stock market crash in March caused by coronavirus, General Electric's stock price has had significant positive movement.

Is it a good time to buy General Electric stock?

General Electric shares at a glance

Use our graph to track the performance of GE stocks over time.

Is General Electric under- or over-valued?

Valuing General Electric stock is incredibly difficult, and any metric has to be viewed as part of a bigger picture of General Electric's overall performance. However, analysts commonly use some key metrics to help gauge the value of a stock.

The PEG ratio provides a broader view than just the P/E ratio, as it gives more insight into General Electric's future profitability. By accounting for growth, it could also help you if you're comparing the share prices of multiple high-growth companies.

The EBITDA is a measure of a General Electric's overall financial performance and is widely used to measure a its profitability.

There are currently 13.0 million General Electric shares held short by investors – that's known as General Electric's "short interest". This figure is 19% up from 10.9 million last month.

There are a few different ways that this level of interest in shorting General Electric shares can be evaluated.

Such a low SIR usually points to an optimistic outlook for the share price, with fewer people currently willing to bet against General Electric.

Environmental, social and governance (known as ESG) criteria are a set of three factors used to measure the sustainability and social impact of companies like General Electric.

Socially conscious investors use ESG scores to screen how an investment aligns with their worldview, and General Electric's overall score of 48.86 (as at 12/31/2018) is pretty weak – landing it in it in the 97th percentile of companies rated in the same sector.

ESG scores are increasingly used to estimate the level of risk a company like General Electric is exposed to within the areas of "environmental" (carbon footprint, resource use etc.), "social" (health and safety, human rights etc.), and "governance" (anti-corruption, tax transparency etc.).

General Electric's social score of 22.75 puts it squarely in the 6th percentile of companies rated in the same sector. This could suggest that General Electric is a leader in its sector when it comes to taking good care of its workforce and the communities it impacts.

General Electric's governance score puts it squarely in the 6th percentile of companies rated in the same sector. That could suggest that General Electric is a leader in its sector when it comes to responsible management and strategy, and exposed to a lower level of risk.

Recently General Electric has paid out, on average, around 18.18% of net profits as dividends. That has enabled analysts to estimate a "forward annual dividend yield" of 0.31% of the current stock value. This means that over a year, based on recent payouts (which are sadly no guarantee of future payouts), General Electric shareholders could enjoy a 0.31% return on their shares, in the form of dividend payments. In General Electric's case, that would currently equate to about $0.32 per share.

General Electric's most recent dividend payout was on 24 October 2021. The latest dividend was paid out to all shareholders who bought their shares by 23 September 2021 (the "ex-dividend date").

Have General Electric's shares ever split?

Beta is a measure of a share's volatility in relation to the market. The market (NYSE average) beta is 1, while General Electric's is 1.0471. This would suggest that General Electric's shares are a little bit more volatile than the average for this exchange and represent, relatively-speaking, a slightly higher risk (but potentially also market-beating returns).

General Electric in the news 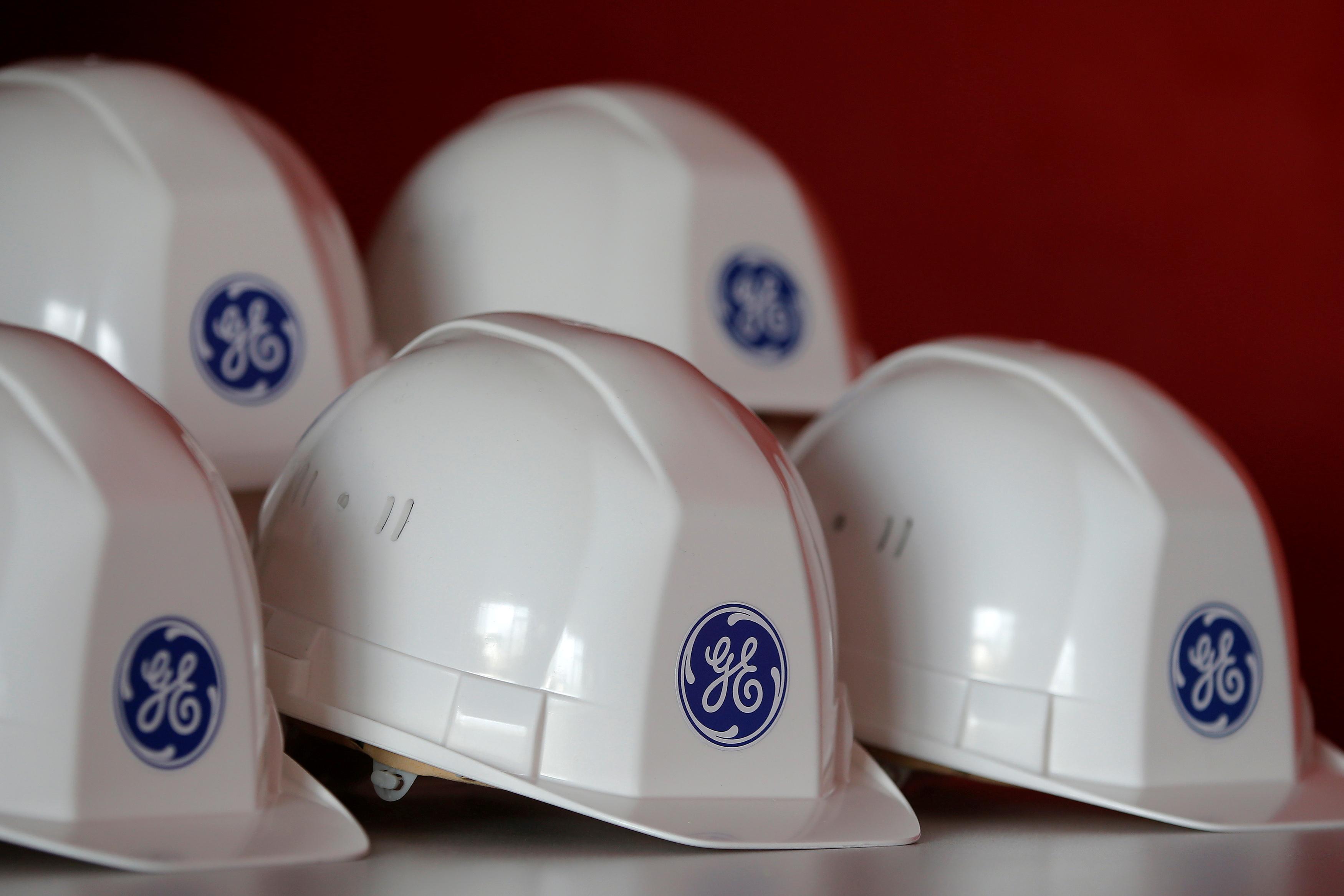 Soujanya Datta works for the global financial team at Finder, helping users to get better with financial literacy. Before joining Finder, she worked as a quantitative researcher for companies like PayPal and Kepler Analytics. She holds a double master's degree in Quantitative Research and Marketing from Macquarie University, Sydney. Outside of work, you will find her searching for the best brunch spots in Sydney.