Planning to hit the sales this Black Friday? You’re not alone. A recent survey found that 34% or roughly 1.3 million Irish adults plan to shop on 29 November. The younger you are, the more likely you are to shop. Roughly two-fifths (41%) of those aged 18-24 plan to shop this Black Friday, while just 30% of those 65+ said the same.

But how are we shopping and what are we buying? Read on to find out.

While the majority of Black Friday shoppers plan to physically hit the streets, close to two-fifths (39%) of bargain hunters say they’ll shop exclusively online. This should be good news for those who hate crowds, with 21% of shoppers not willing to queue for more than 15 minutes. Only about 7% of shoppers are willing to wait up to three hours and roughly 14% said they’d queue overnight for a bargain.

Is Black Friday worth it?

A second poll found 52% of Irish adults think Black Friday sales are good value, with millennials the most likely to say so. However, of that 52%, 24% don’t always think it’s worth the hassle of shopping. Across the board, just under 20% of respondents think retailers inflate prices and then discount them, while 9% say the products they’re interested in aren’t discounted.

Meanwhile, respondents aged 55-64 are the most sceptical – over a quarter (26%) of the total respondents in this age bracket said they think retailers inflate prices before discounting them for Black Friday.

Black Friday is synonymous with hordes of Americans busting through the front doors of stores across the country. But as far as the Internet is concerned, the US is no longer the top spot for Black Friday shoppers.

The US doesn’t place silver either. That post is taken by France. France is also among the biggest climbers in terms of interest in the shopping period, with search volume jumping 306.76% between November 2017 and November 2018. Since 2018, interest in the retail holiday has grown a further 49.5% as at October 2019.

The US doesn’t even get the bronze on its own, sharing the podium with Germany. While France and the US had the same search volume in November 2018, it’s the difference in this year’s October search volume that separates the two. The US saw its search volume grow by 22.26% from November 2018 to October 2019 versus a 49.5% growth for France over the same period.

View the top 20 countries searching for Black Friday in our map below, or use the table in the tab:

It may come as no surprise that the most popular place to score a Black Friday deal is Walmart, the online retail giant is by far the most commonly searched retailer across the 20 countries we analysed. In fact, people are 43.69% more likely to search for a Black Friday deal from Walmart than from the second most common retailer.

But which are the most popular retailers in Ireland?

10 most commonly searched retailers for Black Friday in Ireland

With retailers like Walmart, Best Buy and MediaMarkt topping the list for the most popular places to score a Black Friday bargain, is it any wonder that tech and electronics is the No. 1 type of deal people are searching for?

Ireland toed the Black Friday line, with tech products topping the list, along with general retail and fashion.

Tech products topped the list in large part because people are most fervently searching for popular devices from brands such as Nintendo, PlayStation and Apple.

Most popular products searched in Ireland on Black Friday

Ireland followed global trends, with the majority of high-volume Black Friday searches relating to tech products and brands such as the Nintendo Switch and PS4.

How has interest for Black Friday changed over time?

How does this look in Ireland?

Which cities are most interested in Black Friday sales?

There’s no time like the present and no one that knows the present (or the past or quite possibly the future for that matter) like the omnipotent Google. Below is what people are searching for right now for Black Friday 2019.

What’s the most popular search in Ireland for Black Friday in 2019?

Want a closer look? This is what those results look like in Ireland in 2019.

Black Friday is one of the busiest retail holidays, falling on the Friday following the US holiday of Thanksgiving. This year, Black Friday is 29 November 2019.

Online retailers are the big winner on Black Friday, resulting in the syphoning off of a subsequent sale day for online shopping called Cyber Monday, which happens the Monday following Black Friday.

Search data
Search data: We used SEMrush to identify the top 20 countries and historical trends. We used Ahrefs to identify the current top 1000 key words for each country in the top 20. Popular retailers, shopping categories and specific products were analysed in English. Throughout analysis, assumptions were made about search intent. For example, search volume for “Media Markt” was assumed to be for “MediaMarkt”. 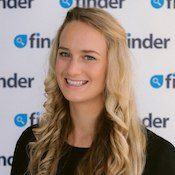 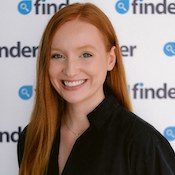