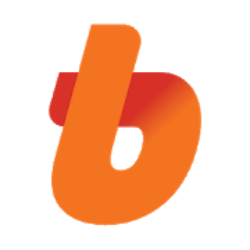 Tim Falk
Finder is committed to editorial independence. While we receive compensation when you click links to partners, they do not influence our content.
Disclaimer: This information should not be interpreted as an endorsement of cryptocurrency or any specific provider, service or offering. It is not a recommendation to trade. Cryptocurrencies are speculative, complex and involve significant risks – they are highly volatile and sensitive to secondary activity. Performance is unpredictable and past performance is no guarantee of future performance. Consider your own circumstances, and obtain your own advice, before relying on this information. You should also verify the nature of any product or service (including its legal status and relevant regulatory requirements) and consult the relevant Regulators' websites before making any decision. Finder, or the author, may have holdings in the cryptocurrencies discussed.

Bithumb was hacked twice in 2017, and the personal data of more than 30,000 customers was stolen.

If you’re looking for an exchange with a strong security record, you may want to look at alternatives to Bithumb.

Founded in 2013, Bithumb is a cryptocurrency exchange based in Seoul, South Korea. It’s one of the world’s largest exchanges in terms of trading volume and allows its users to trade 100+ major cryptocurrencies against the South Korean Won (KRW). The platform is run by BTC Korea.com Co. Ltd and also offers iOS and Android mobile trading apps.

In March 2018, Bithumb announced plans to put kiosks in restaurants and cafes across South Korea, giving customers the option to pay for their food orders with cryptocurrency.

Which fiat and cryptocurrencies are supported?

Which payment methods are accepted?

Bithumb only accepts fiat currency (KRW) deposits from Korean residents. All other users will need to fund their account with cryptocurrency deposits.

While Bithumb is mainly targeted at South Korean users, it also offers its platform to users in countries around the world, including Ireland. Contact Bithumb directly for a full list of supported countries, but take note that according to the website’s terms and conditions, you’ll need to be 19 years of age or older to use the platform.

How much will it cost me to use Bithumb?

Bithumb’s trading fees are outlined in the table below.

* “Discounted fixed-amount coupons” can be purchased from the Bithumb website and allow users to access lower commissions.

Fees may also apply to deposits and withdrawals to and from your Bithumb account.

Are there any transfer limits?

Maximum limits apply to the amount you are able to withdraw from your account per day and per month, but these limits vary depending on the level of account verification you have achieved. You can upgrade your authentication level by performing tasks such as verifying your phone number or submitting photo ID.

Is it safe to use Bithumb?

Bithumb made headlines in mid-2017 when it announced that it had been the victim of a hack. This hack saw the personal information of more than 30,000 customers stolen, and some users also reported that their funds had been stolen. A separate breach in July saw the data of more than 3,400 further customers leaked, and the two incidents prompted South Korea’s Communications Commission to issue the exchange with a 60-million won fine.

With this in mind, it’s well worth researching the features this platform has to offer before deciding whether or not to register.

When you sign up for an account with Bithumb, you’ll need to enter and verify your name, email address and phone number. You’ll also need to create a secure password for your account, which must be between 8 and 12 characters long and contain a combination of upper- and lower-case letters, numbers and special characters. A four-digit security PIN is also required to withdraw or transfer funds from your account.

Customer support is a key feature of Bithumb’s service, and you can get in touch with the customer help team 24 hours a day, 7 days a week. The international customer support line offers multilingual assistance, while you can also email your query to the team or access live online support through your account. Bithumb also maintains a small database of FAQs and their answers.

Disclosure: At time of writing, the author holds IOTA and XLM.

See how the Ledger Nano X hardware wallet stacks up when it comes to security, features and price tag.

Trade cryptocurrency, derivatives and speculate on stocks with this fully-featured exchange created “by traders, for traders”.

What is a stablecoin?

A comprehensive overview of cryptocurrency stablecoins, including how they work, what they’re used for and why they’re important.

Your detailed guide to cryptocurrency trading bots, how they work and the benefits and risks you need to consider when choosing a crypto trading bot.

Bitcoin loans offer a new and decentralised way to access personal financing. Find out how these loans work in our guide to cryptocurrency lending and borrowing.

Find out the pros and cons of the Cryptosteel wallet, including price, security features, competition and more.

Find out why the Corazon is the world’s most expensive cryptocurrency hardware wallet.