What is VeChain (VET)? A beginner’s guide

From supply chain management to decentralised applications, here’s your ultimate guide to VeChain.

VeChain is one of the oldest blockchains in the cryptocurrency industry and has generated plenty of hype over the years. The project has a long list of corporate partners and now hosts two native coins, VET & VTHO. VET is now one of the top cryptocurrencies by market capitalisation. Originally focused on enterprise supply chain logistics, the blockchain has now expanded to focus on the evolution of decentralised applications (dApps) and integrate with the Internet of Things.

Let’s take a closer look at the platform behind it all, how it works, and where VET & VTHO tokens fit into the equation.

VeChain is a blockchain focused on providing blockchain solutions to real-world enterprise problems. In its own words, VeChain “strives to build a trust-free and distributed business ecosystem, which is self-circulating and scalable”.

Launched in 2015, VeChain initially started with a token called VEN built on the Ethereum blockchain. However, after a rebrand in 2018, the project moved onto its own native blockchain – VeChainThor – and the native VET token was established.

The blockchain initially focused on the supply chain logistics industry. Services offered allowed businesses and individuals to track items through the complete supply chain lifecycle, ensuring the authenticity of goods could be verified. However, after releasing its second whitepaper in January 2020, the blockchain now intends to expand to numerous other industries and truly become a Blockchain-as-a-Service (BaaS) platform.

To achieve this, VeChain has developed an onboarding tool that non-blockchain businesses can use to develop blockchain solutions. The platform is called ToolChain. The ToolChain application greatly lowers the barrier of entry for businesses looking to take advantage of blockchain technology.

Working with the VeChainThor blockchain, the Internet of Things and a growling list of network participants, VeChain has become one of the leading enterprise solutions for both small and large businesses. According to whitepaper 2.0, the blockchain has already helped over 100 fortune level companies.

What are VET and VTHO?

Originally VET was used as the fee collection token on the VeChain blockchain. However, to isolate VET from computations on the network, VTHO was developed. Unlike VET, VTHO has a liquid supply that can be adjusted to maintain stable transaction fees. Business applications that run on the network are, therefore, not exposed to high fees that can occur on other blockchains.

Alongside the storage and transfer of value, VET is now used for the governance of the platform. Token holders can vote on future development proposals and in doing so are rewarded in VTHO. VTHO can also be earned by those that stake VET in the network.

As VTHO is now the cryptocurrency that runs the blockchain, VTHO is rewarded to miners that maintain the security of the network and validate transactions.

The maximum total supply of VET is 86.7 billion. Of this, approximately 64 billion are currently in circulation (as of September 2021). The current supply of VTHO is 39 billion, but as previously mentioned this can fluctuate.

How to store VET and VTHO

Both VET and VTHO can be stored in VeChain’s native cryptocurrency wallets. For iOS and Android users, coins can be stored securely within the VeChainThor official light wallet. Likewise, coins can also be stored within VeChain Sync, which is VeChain’s desktop wallet. Both are designed to integrate more effectively with VeChain developed apps.

Alternatively, many third party cryptocurrency wallets also offer the ability to store both VET and VTHO. Some examples include Ledger Nano S, Ledger Nano X, Trezor, Atomic Wallet, and Exodus. For the full list of VET-compatible wallets check out our guide to wallets.

What problems does VeChain aim to solve?

With VeChain’s latest expansion and development of its ToolChain onboarding platform, the blockchain now aims to solve a multitude of business-related problems. Examples include:

These are just a few examples of the ways VeChain has tackled some of the problems faced by companies globally. For a full list of all VeChain apps, you can visit VeChainWorld.

VeChain provides any business with the option to integrate blockchain technology or launch their own decentralised application (dApp). This is facilitated by VeChain’s ToolChain software.

The Proof-of-Authority mechanism selects Authority Masternodes to validate transactions. To become a Masternode in the blockchain a user must stake 25 million VET tokens and submit identifying information. The consensus mechanism randomly selects a masternode, who is then rewarded with VTHO after a new block in the blockchain has been created.

For processes such as supply chain logistics, each product or item is provided with a unique product ID code. VeChain developed sensors are then used during the item’s journey to log its progress. Storage of that data on the blockchain means the data cannot be altered or tampered. This allows a truthful record of supply to be kept. This is just one example of how the blockchain has been applied to real-world use cases.

Founded in 2015, VeChain is one of the older players in the blockchain industry. With offices in China, France, Singapore and Japan, VeChain first started life as a subsidiary of BitSe, one of China’s biggest blockchain companies at the time.

The project is also backed by the VeChain Foundation, which was established in Singapore in July 2017 as a non-profit organisation. CEO Sunny Lu has more than a decade’s experience as an IT executive in Fortune 500 companies, while CFO Jay Zhang has over 14 years of experience as a senior manager with PwC and Deloitte.

VeChain has lined up several partnerships to help drive future growth and adoption, including agreements with:

Now that VeChain is moving into the dApp deployment space, it is up against fierce competition. One of its greatest competitors is Cardano. With a similar lifespan and future outlook the two are often compared.

While the internal architecture of VeChain relies on a Proof-of-Authority (PoA) mechanism, Cardano utilises Proof-of-Stake. Thanks to its layered architecture Cardano is one of the quickest blockchains in the market. It claims to be capable of 1 million transactions per second (tps), although this number has not yet been achieved. While speeds may be impressive, at the time of writing, smart contract deployment has not been added to the blockchain – a feature that has been missing for some time.

Although VeChain cannot compete with 1 million tps, the blockchain is still remarkably quick. VeChain has also recently released a roadmap for an upgrade to its PoA mechanism, PoA 2.0. This is set to replace the current mainnet in the near future. The first PoA 2.0 testnet has now been launched and VeChain claims that it is now completing 2500 transactions per block. Unlike Cardano, VeChain has also enjoyed years of smart contract deployment.

Cardano and VeChain also differ when it comes to decentralisation. Cardano places a significant focus on pure decentralisation. Its latest upgrade, Shelley, was focused on optimising decentralisation through delegation and incentives. This encouraged many users to stake tokens and become a node in the network. In comparison, VeChain has a limited number of Masternode operators and it is only these nodes that validate transactions on the network. As well as being limited, identifying information is required by all Masternode operators, which works against the decentralised nature of the blockchain.

While the two compete within the same dApp deployment sphere, VeChain remains focused on enterprise level applications. On the other hand, Cardano intends to attract dApp developers for a range of applications and use cases. Although Cardano’s native token, ADA, currently holds a larger market capitalisation when compared to VET, global adoption will be the true decider between these two blockchains.

VeChain has successfully launched over 700 blockchain solutions worldwide. Compared to a few years ago, the blockchain has solidified its position within the cryptocurrency industry. However, there are still some key elements to look out for as VeChain moves forward.

The move into smart contract deployment and decentralised application development is still a new venture for the VeChainThor blockchain. VeChain has successfully proven its ability for supply chain logistics, however, further development of the project should still be viewed as a work in progress.

Equally, as the blockchain expands, competition grows. Now that VeChain wants to increase the deployment of decentralised applications it places the blockchain in the same arena as Ethereum, Cardano, NEO, among many others. Blockchains that target dApp developers is a saturated market and VeChain will need to find its place to survive.

The final aspect that is worth evaluating is VeChain’s close proximity to China. Upcoming regulation could be a problem for most blockchains, but especially those that deal closely with China, as evidenced by the recent Bitcoin mining ban. Up until now, China has supported VeChain, but that could change rapidly.

Ultimately it will be VeChain’s adoption that will determine the demand for both VET and VTHO. If demand increases, the value may increase accordingly.

There’s a lot to like about VeChain. It’s been around since 2015 – a long time in the cryptosphere – and already has a working product, big-name partnerships and big plans for the future. However, there’s still a degree of uncertainty surrounding the project, including the rapidly developing cryptocurrency regulatory space.

Exactly what the future holds for this platform remains to be seen, so make sure to do your own research before deciding whether or not to buy the associated VET and VTHO cryptocurrencies.

How to buy VeChain (VET)

A step-by-step guide to buying VET in Australia. 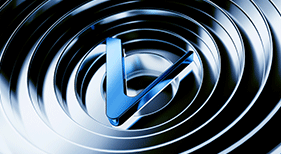 Find out how to securely hold VET in one of these popular wallets. 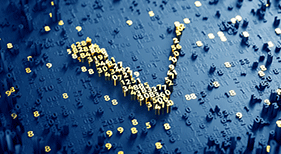