Transactions are carried out on a decentralised network, with much lower fees and faster processing times than you can get from a traditional bank. Payments can be processed within 2-5 seconds, exchanging one currency for another is fairly straightforward, and the network’s fees are infinitesimally small – a single 600,000th of a cent per transaction.

And all these services are provided with a different approach to many other crypto projects. While a lot of popular projects are focused on corporate partnerships and profits, Stellar has the noble goal of achieving a more inclusive digital economy.

By connecting people around the world to low-cost financial services, Stellar says it plans to “fight poverty and maximise individual potential”.

Meanwhile, Ripple’s protocol uses a proof-of-correctness consensus mechanism which, according to its white paper, “is applied every few seconds by all nodes, in order to maintain the correctness and agreement of the network”.

While currencies like Bitcoin are based on mining, Stellar is based on a consensus algorithm known as the Stellar Consensus Protocol (SCP). This protocol provides a way to reach consensus without relying on a closed system to accurately record financial transactions. According to Stellar, it’s the “first provably safe consensus mechanism that simultaneously enjoys four key properties: decentralised control, low latency, flexible trust and asymptotic security”.

Jed McCaleb and Joyce Kim founded Stellar in 2014. McCaleb is a programmer credited with creating Bitcoin exchange Mt Gox and the eDonkey file sharing network. He was also one of the co-founders of Ripple. However, due to a difference of opinion and philosophy with the rest of the Ripple team, McCaleb left Ripple to form Stellar.

A step-by-step guide to buying Lumens in Indonesia. 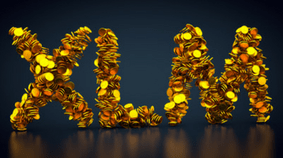