Netflix has taken the country by storm but is it really your best option for on-demand video in Indonesia? 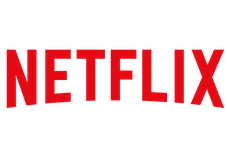 The biggest streaming service in the world needs no introduction but here’s one anyway.

With humble beginnings as a DVD delivery service, Netflix essentially paved the way for streaming video on demand single-handedly. After a huge global launch in January 2016, the world’s entertainment providers and media giants have tried to keep up.

With partnerships with companies like DreamWorks under its belt, Netflix is consistently rolling out high-quality original content for all tastes and ages. This consistent stream of quality originals is one thing but the company can attribute a big part of its success to innovative streaming technologies, like developing its own compression technology and toying with interactive television shows.

With that said, the company is far from perfect and might not necessarily be the best option for you. Read on for a deep-dive on Netflix plans and pricing and how it compares against the Indonesian competition.

How much does Netflix Indonesia cost?

There are four plans offered by Netflix that you can choose from: Mobile, Basic, Standard and Premium. The one you pick will depend on the types of features you want with your Netflix subscription.

We monitor Netflix content additions and removals daily. At any given time, there tends to be at least 1,000+ TV shows and 3,000+ movies.

Back in 1997, Netflix changed the way movies were rented in the United States. Subscribers could view the company’s selection of movies online, order what they wanted and have the DVD delivered to their mailbox. The customer would watch, pop the movie back in a pre-paid envelope and send it back to Netflix. In 1999 it introduced its customers to monthly subscriptions and stopped offering single rentals by 2000. This was the start of a movie rental concept with no due dates or late fees and unlimited rentals per month for a flat fee.

The business plan took a few years to catch on, but by 2003 Netflix posted its first profit of US$6.5 million. By 2005 Netflix was shipping a million DVDs out to subscribers daily from a stock of over 35,000 different film titles. Ten years after its introduction, Netflix had delivered its billionth DVD and was looking towards introducing video on-demand using the Internet.

Online streaming of video through Netflix turned the company from being one of the post office’s biggest customers to being the largest source of Internet traffic in North America by 2010. By 2011 Netflix began to acquire content that would be exclusive to its service. Major blockbuster shows like House of Cards and Orange is the New Black put it on the map, while partnerships with Marvel for Daredevil, Jessica Jones, Luke Cage and Iron Fist expanded the audience. Now, Netflix is investing billions in original content for the coming years to cater to its rapidly growing international audience.

When did Netflix launch in Indonesia?

Netflix launched in Indonesia on January 2016. It has since grown to rival some of the bigger international TV and movie catalogues. The Netflix Indonesia launch was a part of Netflix global expansion to 130 new countries within the same year.

Netflix began offering its video streaming services to Canada in September 2010, followed by a large expansion into Central and South America (and Mexico) in 2011. This proved to be very lucrative, especially in the Canadian market.

Then, at CES 2016, Netflix shocked the world by switching on in almost 200 different countries around the world. Currently, Netflix is available in every country around the globe except China, North Korea and Syria, and the disputed territory of Crimea, though the content libraries vary greatly. For a full rundown of what’s available on Netflix around the globe, check our international Netflix TV and movie lists.