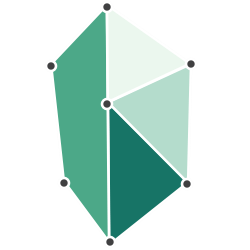 How to buy KyberNetwork

A guide to KyberNetwork, how it works and how to buy, sell and trade KyberNetwork Crystal (KNC).

KyberNetwork is a trustless, decentralised cryptocurrency exchange. This Ethereum-based protocol is designed to provide the instant exchange of digital assets and cryptocurrencies with high liquidity.

The KyberNetwork Crystal token (KNC) is used to pay fees on the KyberNetwork platform. To find out how these tokens work, what affects their value and how you can buy KNC in Indonesia, keep reading.

Where to buy, sell and trade KNC

KNC is available on a number of popular cryptocurrency exchanges, such as the following:

How to buy KNC: A step-by-step guide

If you’d like to buy KNC in Indonesia, here’s an example of how you can do it:

Step 1. Create an account on a cryptocurrency exchange that allows you to trade KNC

Search for a crypto exchange that lists KNC in one or more currency pairings. Once you’ve found a suitable platform, register for an account. You’ll need to provide an email address and password to sign up, while some exchanges may also require your full name, contact details and proof of ID before allowing you to trade.

Don’t forget to also enable two-factor authentication on your account before making any deposits.

Many cryptocurrency exchanges don’t allow you to swap fiat currency, such as IDR, for cryptocurrencies directly. As a result, you’ll have to first acquire a currency that’s available in a pairing with KNC, such as bitcoin (BTC) or Ethereum (ETH), before you can exchange it for KNC.

The final step is to exchange your BTC, ETH or other supported crypto pairing for KNC. The buying process varies between exchanges, but you’ll usually have to search for your chosen pairing (such as BTC/KNC) and then click on “Buy KNC”. After entering the amount of KNC you want to buy, review the details of your transaction, including any fee that applies, and finalise your purchase.

How to sell KNC

The process for selling KNC is essentially the same as the process outlined in step 3 above, but in reverse. However, it’s also important to be aware that cryptocurrency exchanges only offer specific currency pairings, so it may not be possible to directly exchange your KNC for your desired currency.

KNC tokens are ERC20-compliant tokens on the Ethereum network and can be stored in any Ethereum-compliant wallet, such as the following:

Announced in 2017, KyberNetwork is the brainchild of blockchain technology developers Loi Luu, Yaron Velner and Victor Tran. Vitalik Buterin, the founder and chief scientist of Ethereum, is also listed as an advisor. Its ICO was held in September 2017 and made headlines after raising around US$60 million in a little over a day.

Central exchanges are unable to provide instant transfers as well as being vulnerable to internal fraud and external hacking. To combat this, the developers set out to create a decentralised exchange that allows for the instant exchange and conversion of cryptocurrency coins and tokens.

The aim of KyberNetwork is to allow users to hold coins in their own wallets and to exchange them instantly for other tokens using smart contracts. KyberNetwork claims this will allow it to offer the following:

What to consider before you buy KNC

Buying cryptocurrency is complicated and speculative, with several risks you need to be aware of before you purchase any cryptos. If you’re thinking of buying KNC, make sure you take the following factors into consideration first:

Disclaimer: Cryptocurrencies are speculative, complex and involve significant risks – they are highly volatile and sensitive to secondary activity. Performance is unpredictable and past performance is no guarantee of future performance. Consider your own circumstances, and obtain your own advice, before relying on this information. You should also verify the nature of any product or service (including its legal status and relevant regulatory requirements) and consult the relevant Regulators' websites before making any decision. Finder, or the author, may have holdings in the cryptocurrencies discussed.
Was this content helpful to you?
Thank you for your feedback!
How to buy AdEx How to buy and sell Metal (MTL)