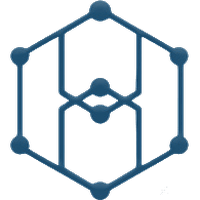 How to buy IoT Chain (ITC) in Indonesia

See how the IoT Chain works, what you can use it for and where to buy and sell it.

ITC is the name of the cryptocurrency token that stands for the Internet of Things (IoT) Chain. Created by a startup in Singapore, ITC was created specifically to solve the serious safety problems of the present-day IoT. The creators of IoT Chain are looking to develop an operating system, using blockchain technology, that can allow for safe communication between devices on the Internet of Things.

The Internet of Things refers to the connection between smart objects. Today, that might be your camera, your computer and cloud storage. Tomorrow, it might be your fridge and the grocery store, or your car, other cars and the streetlights.

Where to buy IoT Chain

At the time of writing in January 2018, the IoT Chain team are working on creating an IoT wallet. There are hopes that the wallet will be created and tested by the end of May 2018 and in use by mid-2018.

For now, you can store ERC20 tokens in the following wallets:

What is IoT Chain?

The ITC token was created with security and scalability in mind. It uses blockchain technology to protect users and their IoT-connected belongings from outside attacks, and the transparency of the open-source software offers guaranteed protection against attacks from the inside.

Almost anything with a smart chip and IoT connectivity can be managed and automated with complete security through IoT Chain.

A handful of the potential applications include the following:

Significantly, IoT Chain will also allow for the monetisation and secure transfer of information between devices. For example, it can let someone record the current temperature and wind speed at their location with their phone and then sell that information to a weather station in a micro-transaction settled through ITC.

The user wouldn’t need to divulge their personal information to do so, but the weather station would still be able to verify the data’s accuracy. The end result could be a constantly running network of detailed live weather information all over the world, with its contributors receiving fair compensation for the data they collect, and climate researchers and meteorologists having an incredible source of data available, which they can purchase with ITC.

IoT Chain has a maximum total supply of 100 million ITC, with around 40 million in circulation at the time of writing, and a cap of 50 million tokens in the current circulation plan. The remaining half has been locked up to prevent them from unexpectedly flooding the market.

The IoT Chain project has a unique lock-in token reward program, which encourages investors to hold onto their tokens for the long term. This could be a few months or even a few years, and investors will be rewarded with more ITC tokens afterwards. This helps to create a stable base of users who believe in the quality and longevity of the project.

IoT Chain has often been called the “IOTA of China,” but unlike IOTA, IoT Chain is supported by a single-chip microcomputer which allows for easier proof-of-hardware security than other options.

While the IOTA blockchain technology is a tangle chain based on DAG (Directed Acyclic Graph), IoT Chain will be a decentralised main chain based on PBFT (Practical Byzantine Fault Tolerance) consensus, which aims to facilitate fast and accurate mining.

It will also use a DAG subnet. Using both will greatly improve the processing performance of the blockchain since it will achieve consensus of the main blockchain’s decentralisation. The DAG network will help solve any performance problems. This combination of secure technologies is how the IoT Chain creators have managed to create a scalable, speedy and secure network.

What to consider if buying IoT Chain

While some have dubbed IoT Chain one of the most promising cryptocurrency blockchains on the market this year, it will not be fully developed until 2019. It will be late 2018 before the DAG network is released and early 2019 before the DAG and main PBFT network are combined to produce maximum security for users.

You should also consider any partnerships in the pipeline, like the recent announcement that Link Capital and FBG Capital would be backing the project.

IOTA and IoT Chain are probably two of the clearest competitors in cryptocurrency, so their prices may be closely entwined. But compared to IOTA, IoT Chain is largely geared towards quick and easy uptake by businesses, with its single-chip microcomputer support and software aiming to present a much more “ready out of the box” experience than IOTA.

Emma Balmforth is a producer at Finder. She is passionate about helping people make financial decisions that will benefit them now and in the future. She has written for a variety of publications including World Nomads, Trek Effect and Uncharted. Emma has a degree in Business and Psychology from the University of Waterloo. She enjoys backpacking, reading and taking long hikes and road trips with her adventurous dog.

Was this content helpful to you?
Thank you for your feedback!
How to buy 0x (ZRX) How to buy Waltonchain and how it works
Feedback