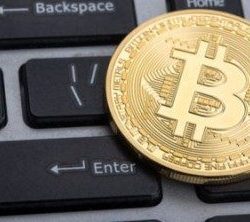 How to buy Bitcoin Gold

What to know about trading BTG after the fork.

Bitcoin Gold cloned bitcoin’s transaction history, but tweaked the DNA to continue on its own evolutionary path. Everyone who possessed a private BTC key at the time of the fork got the same number of coins in Bitcoin Gold, essentially for free.

This is probably one of the reasons BTC values climbed so high throughout September and October 2017.

There’s no time limit on “claiming” your free BTG. Generally, if you owned BTC at the time of the fork then you’ll have free BTG waiting for you. The only exception is when someone else holds the keys, such as when your coins were held on an exchange that does not support BTG.

Who will not get free BTG

Any digital wallet that gives you exclusive control of its keys will work. However, not all wallets will support BTG right away. You’ll still get the coins, but won’t necessarily be able to access them from that wallet right away.

If your BTC is listed on an exchange at the time of the fork, then the exchange holds the keys and not you. Therefore the exchange will be getting the free BTG instead.

They should be crediting you with the BTG, but there’s no legal authority that can force them to do so.

Some exchanges have agreed to credit users with BTG at the proper 1:1 rate, but it’s safe to assume that not all exchanges will. If you have BTC on an exchange at the time of the fork, you should look into whether they’ve agreed to give you the newly created BTG.

The following exchanges have all agreed to credit BTC owners with the BTG as appropriate. However you generally need to own a certain amount, such as no less than 0.10BTC in order to get it.

Where can I buy Bitcoin Gold?

After the fork, BTG will be available to buy or mine. In theory, you should be able to start buying and trading it immediately, but functionally you might have trouble doing so until around 1 November or slightly later. This is when the BTG code will be released to the public and the first blocks will be mined on the new blockchain. Most exchanges and wallets will start investigating how to implement support for BTG on 1 November, and whether it’s a good idea, then.

Throughout the tail end of 2017 you can expect an increasingly wide range of providers to support BTG. At the time of writing, you can already buy and sell BTG on the following exchanges:

Is it safe to trade BTG?

Security concerns are one of the main issues stopping the immediate trading of BTG. In particular, BTG may not yet have replay protection.

So if you want to get in early, but don’t want to take unnecessary risks, it might be worth looking at exchanges that have clearly explained how they plan on handling this.

For example, Bitfinex has adopted a token scheme, by which users can trade tokens representing each chain, and may have limited certain features until they’re confident you can trade securely, while the widely used exchange Coinbase simply announced that it won’t be supporting BTG until the code is made publicly available.

Wallets have similar issues. For example, TREZOR Wallet has said that its BTC owners will get their BTG, but won’t be able to transfer them until BTG replay protection.

No one can say for sure. There are some factors you will need to consider though.

Each fork is intended to improve bitcoin by overcoming certain shortfalls.

Bitcoin has previously forked into Bitcoin Cash (BCH) designed to improve transaction speeds, and the Segwit2x fork (at block 494,784, projected for 16 November 2017) is intended to do the same.

Both of these use the same SHA-256 algorithm type as BTC. This means they’re in more direct competition with BTC, because there’s only a finite amount of hardware around to mine all three currency types. Miners will probably have to choose which one they’ll spend their resources on.

But BTG will be using the Equihash algorithm instead, which cannot be solved using the same purpose-made ASIC BTC mining system. Instead, it’s designed to be mined with general purpose hardware. This is the currency’s main feature. It’s designed to be decentralised and to put more of the mining power back in the hands of the masses rather than small groups of traders.

On the other hand

Potential buyers need to consider whether BTG’s new mining architecture can effectively decentralise the currency, and whether that will necessarily be good for its value.

There have also been a number of issues, such as a distributed denial-of-service (DDOS) attack shortly after launch which prevented it from functioning, according to Motherboard, and a potential range of technical issues.

According to Forbes, users are also reporting difficulties connecting to other nodes of the network, which might strike directly at the main benefits and points of difference offered by Bitcoin Gold.

Was this content helpful to you?
Thank you for your feedback!
Bitcoin Gold (BTG) price prediction 2020

This step-by-step guide will show you where to buy Dogecoin (DOGE) in Indonesia, how to sell it and factors to consider when you are thinking of buying DOGE.

How to buy Dragonchain (DRGN) in Indonesia

Dragonchain was created by Disney, then set off to seek its fortune. Find out where to buy DRGN, and what sets it apart.