Hurtigruten is a sustainability-focused cruise line that specializes in world-class voyages along the Norwegian coast and through Antarctica and the Arctic. Its ships lack flashy entertainment, glitzy decor and waterslides.

Amy Stoltenberg writes about lifestyle and money for Finder, researching the best options for shopping, banking, insurance and authentic travel experiences. After studying writing and fashion at Savannah College of Art and Design, she worked designing apparel at a corporate behemoth before opting for a career with unlimited travel time. When her laptop’s closed, she can be found wandering the streets looking for happy hour and hole-in-the-wall eateries.

Hurtigruten cruise ships are working ships that deliver mail and other cargo during port stops along the way. So as a passenger, your entertainment is not necessarily the sole priority. In fact, these cruises are best for folks who are content to occupy themselves with a good book, friendly conversation and breathtaking scenery as it passes by.

Hurtigruten is a great option for reluctant cruisers because they’re less likely to feel caught in over-the-top tourist trappings. Most of its ships have a capacity of 400 to 600 — rather than thousands — so you’ll have more space to breathe.

That said, the experience comes without frills. Don’t expect evening entertainment like musicals and comedy shows. Some of the ships have small gyms, hot tubs and even saunas — but that’s about it.

Still, there’s an expedition team on each ship that gives informational sessions about the towns and villages along the way. Avid learners can pick up a few fun facts to bring back home. 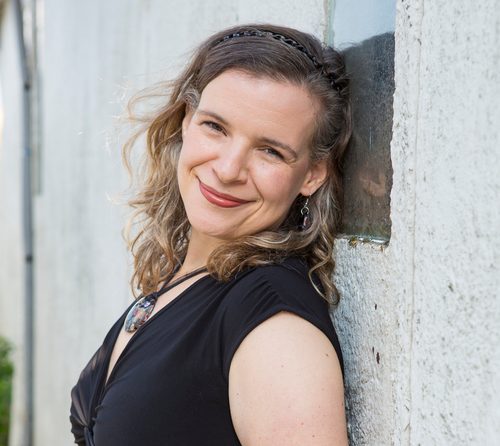 Hurtigruten isn’t the cliché you would think about when it comes to cruises. No casinos, pools or around the clock entertainment and food. Instead, be prepared to go on a journey with soul and experience nature at its finest. There are multiple port stops on the Classic Voyage, giving you the perfect excuse to go on different excursions, from sledding with dogs to admiring the Northern Lights. The fjords are simply breathtaking but whatever you do, don’t forget to go on a crab safari!

Advice: The water can get choppy, so if you’re prone to seasickness, pack in every type of product and medicine you can find!

Ship sailed: Polarlys
Date of cruise: May 2018
Departure Port: Kirkenes
Destinations: All along the coast of Norway, ending in Bergen

Where do Hurtigruten cruises depart from?

Hurtigruten cruises are more about where you’re going than where you’re departing from, so our advice is to choose a destination first — then look for budget airfare to that port.

Hurtigruten is most well known for its voyages along the Norwegian coastline, with breathtaking fjords and craggy cliffs complimented by emerald banks and sapphire-blue sky. In fact, Lonely Planet named this itinerary “The World’s Most Beautiful Voyage.” It also has best-in-class cruises to Antarctica, Alaska, Iceland and the Northwest Passage that offer true immersion into polar wilderness.

But you could join it on a trip through Europe, the Caribbean and beyond, too.

What’s included on a Hurtigruten cruise?

Your Hurtigruten fare covers the cost of your cabin and all your meals. You’ll have to pay extra for Wi-Fi, alcoholic drinks and shore excursions, if you decide to opt-in.

Unlike on many major cruise lines, gratuities aren’t required — though you can choose to tip staff if you’d like.

Here’s what you should know about Hurtigruten’s sustainability focus

Hurtigruten was the first major cruise company to completely remove single-use plastic from its ships. Hurtigruten also has two hybrid cruise ships — the MS Roald Amundson and the MS Fridtjof Nansen — that sail via electric propulsion to reduce overall CO2 emissions and fuel consumption by 20%. Plus, the cruise line’s no-trace philosophy ensures a zero imprint after passengers have completed their polar excursions.

Education is the name of the game onboard. The expedition team includes regional experts who give destination-specific seminars about the wildlife, ecosystems and cultures you’ll encounter along the way.

Voyages up the coast of Norway are at the heart of Hurtigruten’s business. Its Cruise of Discovery: Bergen-Kirkenes-Trondheim departs daily all year round and takes 11 days. Prices start at $3,332 per person, or about $303 per day — a little pricey even considering the average price of food and accommodations in Norway.

However, it often holds sales. For instance, you could book one of these cruises at 40% off through March 31, 2020.

Even if you have to pay a little more, these unforgettable journeys cross the Arctic Circle and feature the midnight sun during summer with spectacular views of the Arctic lights in winter — if the timing’s right. You’ll begin in Bergen and cruise to 31 ports along the way — though you’ll only have a chance to explore the following ports on foot:

Its optional shore excursions zero in on each region’s cuisine and wildlife, from a horseback ride through the Viking land of Lofoten to a dogsledding adventure through the tundra.

Most reviewers report that Hurtigruten’s Norway cruises are an excellent way to see the country’s jaw-dropping fjords, remote villages and raw polar wilderness. But if you’re hoping for more of a resort-style vacation, choose a Norway cruise from Viking Ocean Cruises or Celebrity Cruises. Budget travelers should consider Royal Caribbean, whose trips tend to be much cheaper — though you’ll dock at more mainstream ports and might miss some off-the-beaten-path wonders.

A final standout feature: On most of Hurtigruten’s Norway cruises, you can bring your car on board the ship, as cargo. You’ll have to pay a fee, but the exact amount varies based on availability and the itinerary. Reach out to Hurtigruten’s customer service team to get a quote.

Why you should (or shouldn’t) cruise with Hurtigruten

Some things to consider before booking your Hurtigruten cruise:

Traveling during the COVID-19 pandemic With infection rates rapidly spiking nationwide, expect stronger travel restrictions as the holidays near. The CDC strongly advises postponing travel and staying close to home to avoid getting or spreading COVID-19. If you plan to travel during the pandemic, monitor and understand the risk assessment levels for your destination when planning your trip, before departure and on arrival. Follow safety measures that include wearing a mask in public settings, maintaining social distancing and washing your hands. If you are diagnosed, have symptoms of or are waiting for test results for COVID-19 — or are otherwise at risk of illness — do not host, attend gatherings or travel for 14 days. Note that the CDC warns against cruise travel at this time.

Save up to 25% on select Bahamian, Caribbean and Baja cruises with Disney

Disney cruises from $657 per person to the Caribbean

Carnival cruises to the Caribbean starting from $179 per person

Save up to 83% off Carnival cruises to the Caribbean

Caribbean cruises from 4-7 nights from $179 per person. T&Cs apply.

Up to $1,000 to spend on board with Norwegian Cruise Line

Just book your next cruise vacation with Priceline Cruises and get up to $1,000 to use as a liquor, dining, and spa credit, along with other purchases made on the ship! T&Cs apply.

Cruises from 3 to 15+ nights available from multiple lines. Get great deals on prime ships, routes, and rooms for bookings from a week or more out.

40% off or more on select hotels

Up to 30% off your hotel booking

Last minute cruise deals: up to 70% off + free ship credit and free gratuities

Exclusive-up to $500 to spend onboard, plus 10% off shore excursions!

Choose up to 5 free offers with Norwegian Cruise Line

6-night Caribbean cruises from $324 on Carnival

Exclusive – up to $1,000 to spend on board, plus 10% off shore excursions! T&Cs apply. Ports of Call: Miami, Fl, Half Moon Cay, The Bahamas, Grand Turk, Amber Cove, Dominican Republic, Miami, Fl

Over 75% off bookings with top cruise lines

Save up to 88% off last minute and special cruise deals

Save up to 90% off Royal Caribbean cruises

Cruises to the Caribbean, Bahamas, Mediterranean, Asia and South Pacific all on sale from just $156. T&Cs apply.

Save an extra 16% on select hotels

Save up to 65% with last minute travel booking

New Zealand cruises for couples from $399 per person

Cruise in elegance and luxury on worldwide Windstar Cruises starting at $1,099

Save up to 10% off Regent Seven Seas luxury cruises

Hurtigruten cruise ships are working ships that deliver mail and other cargo during port stops along the way. So as a passenger, your entertainment is not necessarily the sole priority. In fact, these cruises are best for folks who are content to occupy themselves with a good book, friendly conversation and breathtaking scenery as it passes by.

Hurtigruten is a great option for reluctant cruisers because they’re less likely to feel caught in over-the-top tourist trappings. Most of its ships have a capacity of 400 to 600 — rather than thousands — so you’ll have more space to breathe.

That said, the experience comes without frills. Don’t expect evening entertainment like musicals and comedy shows. Some of the ships have small gyms, hot tubs and even saunas — but that’s about it.

Still, there’s an expedition team on each ship that gives informational sessions about the towns and villages along the way. Avid learners can pick up a few fun facts to bring back home.