Huawei’s latest flagship phone has fast charging, a high speed processor and a premium price point. Here’s what you need to know. 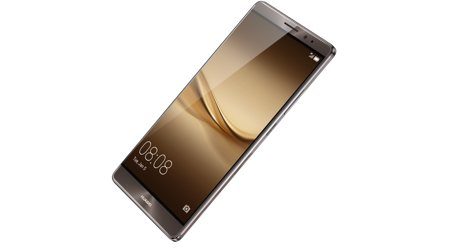 It hasn’t been much of a secret in terms of its existence, but at the Consumer Electronics Show in Las Vegas, Huawei’s formally taken the wraps off its latest premium phone device, the Huawei Mate 8.

The Huawei Mate 8 is a large screen (“phablet”) device with a 6 inch 1080 x 1920 IPS LCD display, Kirin 950 Octa-Core processor and a hefty 4,000mAh battery that Huawei says will last two full days while only requiring 30 minutes of charging time to regain a full day’s power. Huawei will produce the Mate 8 in both single and dual-SIM variants, although which model officially launches here isn’t yet known.

Huawei has stated that Australia will be amongst the first countries to see a release of the Mate 8 device, but hasn’t announced absolute local pricing. What has been announced is European pricing, where the 3GB RAM/32GB storage Mate 8 variant will cost 599 euros while the 4GB RAM/64GB storage version will run to 699 euros.

At current exchange rates and taking GST into consideration, that should equate to a rough price point somewhere around $980 for the 32GB model and $1150 for the 64GB version. Huawei’s local ranging strategy has varied from models that have sold only as outright purchase options to telco-specific models (such as the Huawei P8 Lite, sold only by Telstra), but there’s no indication right now as to where the Mate 8 will end up.

Here are the key specifications for the Huawei Mate 8:

Huawei Mate 8
Was this content helpful to you?
Thank you for your feedback!

Get expandable memory on your phone with microSD