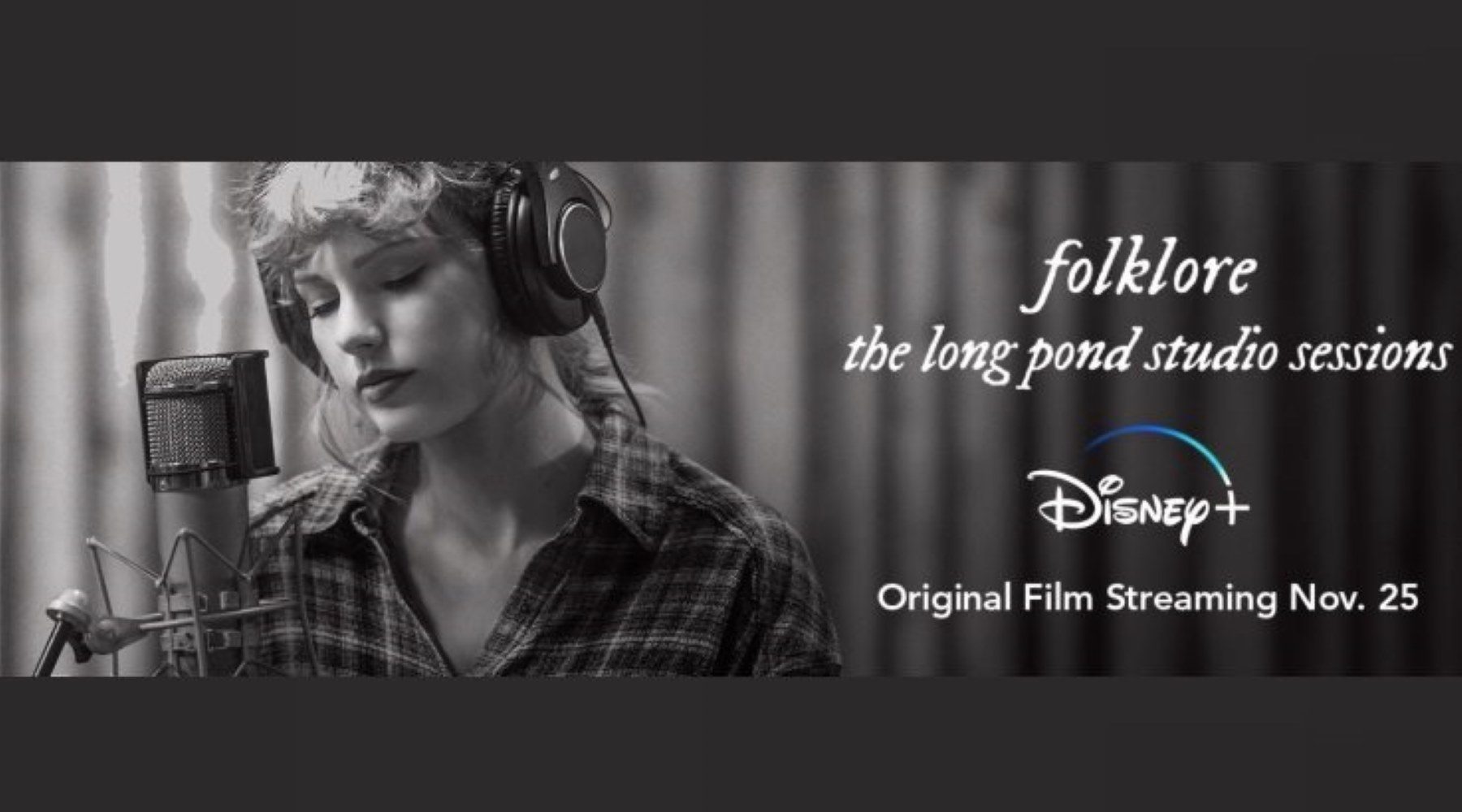 With fans still unable to see Taylor Swift live in concert, the superstar is taking a session recording of her new album to them, exclusive to Disney+.

Taylor Swift has unveiled some surprise news for her legions of fans. Just in time for a Thanksgiving holiday in the US that will be unlike any other due to coronavirus, the American superstar will debut a concert session on streaming platform Disney+.

Swift released her latest album, Folklore, in July this year. It spent 3 weeks at number 1 on the charts and is one of the biggest selling albums of 2020.

With major restrictions on touring due to the pandemic, the 30-year-old Swift has filmed what has been billed as “an intimate concert of the record-breaking Folklore” at Long Pond Studio in New York.

“I’ve got an announcement,” Swift wrote in a post on Twitter. “You haven’t seen this film before. Folklore the long pond studio sessions will be out tonight at midnight PST on @DisneyPlus!”.

Well it’s 11/24 and 24-11=13 so I’ve got an announcement 🤓 You haven’t seen this film before ✨ folklore: the long pond studio sessions will be out tonight at midnight PST on @DisneyPlus! #folkloreOnDisneyPlus pic.twitter.com/BTWSRM0yaI

The post has already had more than 2.9 million views and over 265,000 likes. As Swift stated in her tweet, the concert will drop at midnight PST on November 25.

In the film, Swift performs all 17 of the tracks from the album, while there are also interviews with the star and some of her fellow musicians.

There are also plenty of aerial shots of the Long Pond Studio and its gorgeous surrounds in upstate New York, judging by the preview (see below).

Swift’s film is the latest in a long line of exclusive content available on Disney+. The second season of The Mandalorian has recently dropped, while it has an extensive catalogue of Marvel, Star Wars, Pixar and National Geographic content. You can see how to sign up here.

Want to learn more about what’s on Disney+? Check our list of its best shows and best movies on offer, plus Finder’s review of the service.