9 ways to decide which roommate gets the best room

Pick your favorite room, and let the games begin. 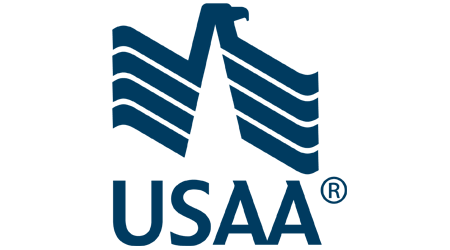 The problem: Your three-bedroom apartment has two tiny cave-like rooms that can barely fit a single bed and one palatial master bedroom with an ensuite bathroom and a balcony. The solution: Challenge your new roomies to one of these nine contests. Winner picks their bedroom.

This is probably the most straightforward way to decide on a fair price for a larger room — and the most boring. Figure out the price per square foot you’re paying for the property each month, measure each room and then subdivide the rent accordingly. Common areas can be left out of the equation, as everyone is assumed to pay an equal amount for equal use. Whichever roommate is willing to take on the extra cost is awarded the largest room. If more than one roommate is willing to pay extra, you can default to one of the methods below to decide who gets the room.

In this method, all the flatmates put in a secret bid on the largest room. The largest bid wins. The best strategy for winning in this situation is to calculate the fair cost of the room with the method above and use that figure as your starting point. Don’t go too overboard and put yourself in financial danger, but don’t expect to win with a lowball bid either.

This method is a bit more fun than blind bidding, particularly if you have a friend who can serve as an impartial auctioneer. You can start the bidding at an even division of the weekly rent and then increase in $5 increments until you end up with a winner. For an added touch of mystique, you can spend the entire auction with your phone to your ear, pretending you’re serving as the proxy for an anonymous millionaire bidder.

In an amenities trade-off, the roommate who gets the nicest room agrees to either forgo other creature comforts in the apartment or take on additional burdens. For example, if the apartment has one assigned parking space, it can go to the person who gets the smaller room. Alternatively, the roommate with the larger room could be responsible for utilities, internet or cable.

This usually ends up in an open bidding situation, except you’re bidding on amenities and utilities instead of flat-out money.

Whichever roommate found the apartment or house is awarded the largest room for their effort. If you all equally shared the burden of finding the property, you could also take into account which roommate put in the most effort to sort out the utilities, movers or furniture for the common areas.

A warning, though: This method can be highly contentious, so choose another method if you don’t like to argue. Former debate team members will have an advantage here.

A game of chance is a natural fit when divvying out rooms. Any game of chance will do. You could draw straws, flip a coin or see who gets the highest number from a random number generator. The more sophisticated could add an element of skill by deciding via Texas Hold ‘Em, blackjack or a roulette wheel. When using this method, avoid the temptation to ask for best two out of three. A come-from-behind victory will lead to resentment and subdued loathing from the roommate who granted you a second chance.

You’ll need an impartial judge for this one, but the concept is simple. Using whatever medium you desire, communicate the reasons you believe you deserve the best room. You could do this through interpretive dance, poetry, essays, sculpture or perhaps a short film. Generally speaking, avant garde projects are looked upon favorably, but don’t go too surreal.

In this method, whoever physically reaches the room first gets it. You could do this the boring way and start from the curb or the front door, but that decreases the suspense while increasing the risk of injury in your mad scramble through the house. Instead, plot out equidistant points in the city and use them as your starting point. Declare an official race start time, synchronize your watches and off you go! Paying bystanders to hinder the progress of your opponents is allowable, but is considered unsportsmanlike. For an added challenge, you could turn the race into a scavenger hunt with esoteric clues placed at waypoints by an impartial third party.

This method awards the room to the flatmate who prevails in a series of physical challenges. The nature of the physical challenges is entirely up to you. You could arm wrestle, face off in a game of Twister or challenge your flatmates to a foot race. The less athletically inclined could stretch the interpretation of this category to include wins in video games or tabletop board games. To make things fair, let every roommate who competes pick one challenge. If you need a tiebreaker, the game will need a unanimous vote.

Feats of endurance also fall under this category, and food-based feats of endurance are some of the best for separating the flatmate wheat from the chaff. A chili-eating contest is perfect for awarding the nicest room, and even if you lose you’ll be thankful the winner has that ensuite bathroom in the aftermath.

Find a renters insurance policy to protect your belongings

If you need to divvy up the rooms in a new place, pick a contest and let the games begin. But regardless of the contest you choose, avoid going full Tyler Durden with a roommate fight club. It’s almost certain to violate some term of your lease agreement, and is likely to leave emotional scars even deeper than the physical ones.

And once you and your new roomies are all settled in, take some time to compare renters insurance so an unlocked door or kitchen fire doesn’t lead to an all-out brawl.

Dawn Daniels is a publisher with Finder, based out of Oregon. Her background includes editing more than 40 published books, including books on personal finance and meditation. In her spare time, Dawn enjoys hiking ridiculous distances and collapsing in exhaustion.