What experts are predicting — and how that affects you.

Every month, the Wall Street Journal surveys some 60 US economists to weigh in on major economic indicators with their forecasts for the next few years. The survey is conducted monthly, with the latest survey published early February 2018.

In February 2018, 63 financial, business and academic economists from the US threw their hats into the ring to predict the future of the US economy. Among these expert predictions, most are predicting that the Federal Reserve will raise interest rates in June. The tax reform, signed into law by Donald Trump in December, has given the economists faith in the strength of the economy. The unemployment rate is expected to continue to decline, with the gross domestic product (GDP) predicted to grow further.

Here’s what the Journal‘s predictions mean for the economy and how they can affect your spending, investments and cost of living.

The federal funds rate refers to the interest rate that banks charge on lending to one another overnight. For the Federal Reserve, this rate is a way to control economic growth — particularly inflation, which ultimately affects every facet of world’s economy, from the cost of living to the cost of doing business.

The majority of economists (98%) surveyed by the Journal are expecting the federal funds rate to increase in June 2018. The remaining 1.59% forecast that it will remain the same – a slight increase from last months’ predictions.

Of the 98% who are expecting a federal funds rate increase in June, these experts forecast an average rate of 1.84%. The highest rate predicted was 2.1% by Mike Cosgrove of Econoclast. The lowest rate was 1.38%, which is what it is currently, by Lindsey Piegza of Stifel, Nicoulas and Company, Incorporated.

Why did 98% of economists expect the rate to increase?

Confidence in a federal funds rate increase indicates that experts expect a continued strengthening of the US economy. The federal funds rate is still low compared to the past, but it’s been climbing back since the financial crisis hit in 2008. Unemployment levels are expected to fall next year, meaning the job market might be able to withstand a rate rise.

So far this year, we haven’t seen a rise in the federal funds rate. The last rate rise in December marked the third that year and the fifth since the government cut the rate to almost 0% during the financial crisis.

What does the federal funds rate rise mean for consumers?

The effects of the federal funds ripples out into many other economic factors. An increase in this rate means increased interest rates for savings accounts, auto loans, mortgages and credit cards.

This is good news for savers, who could see bigger returns on their balances. But it can be bad news for borrowers contenting with higher interest charges on lending products. Not good timing for borrowers before the holidays — a time that’s often hard on our wallets.

How has the federal funds rate moved in the past?

The range of these economists’ predictions grow wider as forecasts are projected further into the future. Predictions were very close to actual rate movements from 2009 to 2017. But from mid-2017 onward, how forecasts hit the mark vary.

Who are the most accurate economists for predicting the federal funds rate?

We analyzed the Journal‘s expert predictions for the past three years against actual rate movements, using our results to calculate the most accurate economists for the federal funds rate.

Here is who we found were the top three most accurate economists, along with their most recent predictions for June 2018. 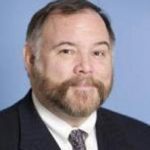 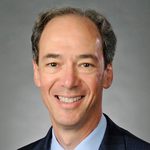 The 10-year note is a bond that’s offered by the US Treasury for people to buy. Bonds come with different terms, but the 10-year note is the most commonly watched and commented on. Sold at auction, they indicate how confident investors are in the economy.

When you buy one of these notes from the government, it behaves much like a loan you’ve allowed the government to borrow from you. With this note, you gain fixed interest payments twice a year until the 10 years is up, after which you can then get your money back. These notes are an important indicator of the overall economy, used as a benchmark for banks to set other interest rates.

This month, all of our economists (100%) predict that interest on the 10-year note will increase in June 2018. The average rate sits at 2.90%, which is a 0.14% increase from what the experts predicted in January. The highest prediction came from Edward Leamer and David Schulman of UCLA Anderson Forecast at 3.25%, while the lowest came from James F. Smith of Parsec Financial Management at 2.44%.

What does this mean for consumers?

When the 10-year note rate rises, so do interest rates on all longer-term loans, like 15-year fixed-rate mortgages. That means mortgage rates may rise somewhat as well.

This can be good for consumers, but it only really affects those who hold the bonds, since that results in even bigger interest payments.

Our graph shows the 10-year note rate over the past few years alongside future predictions. We can see that after a recent downturn, it’s expected to start picking up again.

What do the most accurate economists in this category say? 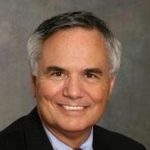 Rosie is a writer at Finder, specializing in international money transfers. She's constantly planning her next trip overseas and is on a mission to make personal finance easier to understand.