How to buy EOS in Hong Kong | 5+ exchanges listed | finder 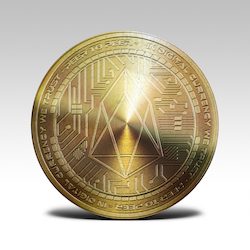 How to buy EOS in Hong Kong

All about the EOS coin, and where to buy it.

“EOS” isn’t an acronym. It’s simply what the system is called. Some of the suggestions about what it could stand for are “EOS Operating System,” or “Ethereum On Steroids.”

The second interpretation is what’s attracting many investors. The Ethereum smart contract system has already proved itself, but it isn’t very user-friendly and has some scaling problems. Some people believe that by overcoming these, EOS will become the new Ethereum.

EOS is designed to be a much more scalable and easy-to-use version of Ethereum, but with a similar range of functionality. It aims to offer a blockchain network where anyone can participate safely and without any particular technical knowledge, while also offering a full range of advanced features where desired.

Its specific features include:

Where to buy EOS in Hong Kong

You can buy or trade for EOS at any of the following exchanges.

Just as for any cryptocurrency, you’ll need a compatible wallet.

Currently EOS is still being handled on the Ethereum blockchain as an ERC-20 token, but the eventual plan is to migrate it onto its own network. You’ll be able to take all of your tokens with you when that happens.

Until the EOS network is live, any ERC-20 compatible cryptocurrency wallet that can hold Ethereum should also be able to hold EOS tokens.

The main feature of EOS is its computer software. It’s designed to make full use of a machine’s processing power, such as by letting users schedule applications across multiple CPU cores or clusters. This essentially puts a lot more processing power into the blockchain at much lower cost, while retaining features that are similar to Ethereum, such as smart contracts.

In addition, EOS uses a unique processing algorithm, called delegated proof of stake (DPos) This is intended to be a more efficient and flexible way of doing things.

With these features you get an advanced blockchain network with a range of advanced functionality, plus:

When blocks on a blockchain are created, they process transactions. However, someone has to create these blocks at the cost of electricity and processing power.

The EOS DPoS system is designed to automate the work, while minimising the costs involved. It aims to lower them to the extent that the entire network can be run without transaction fees. It does this by ensuring that users are automatically compensated with small amounts of EOS for producing blocks.

There is no set limit on the number of EOS tokens, so the system can theoretically run indefinitely, and the tokens awarded to block creators don’t actually have to come from anywhere. They can simply be generated as needed, in a process that imitates very gradual inflation.

To prevent tokens from becoming worthless, despite having an unlimited supply, inflation is set at a gradual and predictable amount.

Under DPoS, the system automatically picks block creators from among all users who opt into it. The selection is random, but weighted by the number of EOS tokens a user holds. The more EOS coins someone has, the more likely their collection is to “earn interest” over time as they contribute to the system

This is how the public EOS system works.

EOS can also be operated in closed blockchains under admin control. For example, a company might purchase EOS tokens and then distribute them to its administrators to conduct its own transactions on its own network.

The DPoS system means EOS token holders can gradually increase on the amount held in their account to help cover the electronic, computing and other costs of using the system.

Plus, an EOS token buy-in is required to use the system. When the number of users increases quicker than the gradual inflation built into the system, the value of each token is also likely to increase.

What makes EOS so user-friendly?

EOS aims to create a platform that anyone can use. It does this with a few features in particular.

Should I buy EOS?

In some ways the goals of EOS are more ambitious than any other cryptocurrency. Few other cryptocurrencies have developed a scalable and sustainable model for rewarding user engagement and operation of the network, and tied it into a user friendly experience.

Ethereum in particular is known to be an exceptionally useful currency, but hampered by scaling problems and a poor user experience, making it a good foundation for EOS to build on.

If it manages to solve these problems successfully, it might well become one of the world’s dominant blockchains.

However, it’s still in the relatively early stages of development, and some of the main challenges, like a migration to its own blockchain, are still ahead of it.

It’s also possible that some of the user-friendly features might have unforeseen results, and end up being a poor match for user needs on the blockchain.

Was this content helpful to you?
Thank you for your feedback!
EOS price prediction 2021

Polkadot (DOT) cryptocurrency: How it works and where to buy

Learn more about the DOT cryptocurrency in this beginner’s and buyer’s guide.

How to get started with HT: Buying, selling and storing Huobi Tokens

How do Huobi Tokens work and how can you buy and sell these native tokens of the Huobi Pro cryptocurrency exchange? Find out here.

How to buy Power Ledger (POWR)

If you want to know how to buy Power Ledger (POWR) tokens using either HKD or cryptocurrency, you’ll find the help you need in this comprehensive guide.

What is Waves? A blockchain platform for crypto-tokens

Everybody can launch their own cryptocurrency to crowdfund a project using the Waves platform.

A comprehensive review of the BigONE cryptocurrency exchange, including its features, fees and any potential drawbacks.

If you want to know more about the features, fees and pros and cons of the DDEX cryptocurrency exchange, check out this comprehensive review.

Where to trade NEP-5 tokens

What are NEO’s NEP-5 tokens, how do they work and where can you trade them? Find out here.