Moving to Hong Kong can be overwhelming. Thethought that a new chapter of your life is about to begin in a country where nobody even knows who you are, and the idea that you may stumble upon your future significant other in any possible way would probablyboth energize and frighten you. As overwhelming as this change can be, accomplishing a task as daunting as securing an apartment would definitely make thingsa lot more bearable.

Hong Kong is infamous for being populous, but securing a place to live isn’t as hard as you might think. Finding a cozy apartment doesn’t require much time;even finding a fancy three-story house with a sizable backyard is possible. However, there are 18 areas inHong Kong to choose from and it all boils down to onequestion – where is the best placeto live? Living in an expat-friendly area where foreign grocery stores and international schools are close by would be ideal for many.

We know it can be a headachejust to skim through the districts and decidingwhich onesuits you bestso we’ve summed up Hong Kong’s top districts for expats to help you decide. 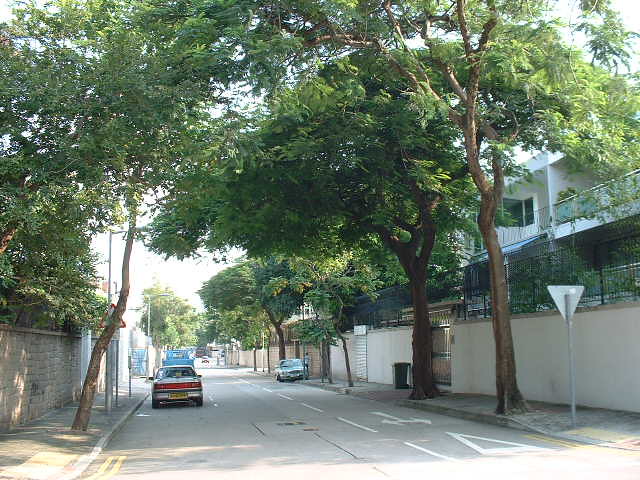 Living in Hong Kong is convenient. You don’t have to drive across town just to grab a pack of apples in most areas. You can travel to the center of the city within minutes. That’s the ideal way to live in Hong Kong for lots of expats.

Kowloon Tong offers exactly that – the exceptional transport links, the excellent international schools nearby, the comprehensive shopping center – FestivalWalk – that’s right beside your apartment – no wonder it’s becoming popular areas to live among expats. For those families who’re looking for both convenient location and fabulous family-friendly facilities, Kowloon Tong would be perfect to live in. 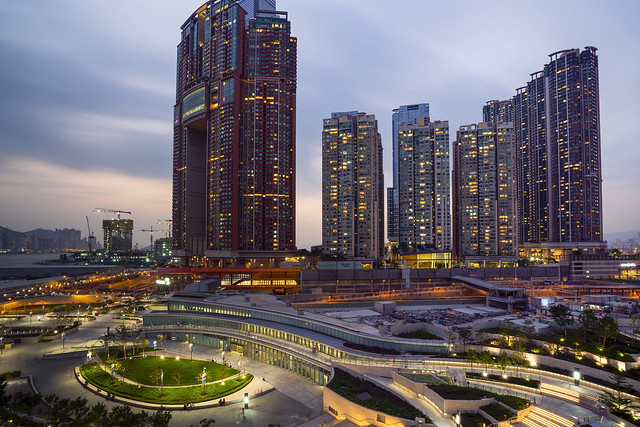 If Kowloon Tong hasn’t surprised you enough with its convenience,West Kowloon is going to get your mind blown. With three MTR stations in this single area, the world is your oyster. Whether you’re going to the west, central, or east side of Hong Kong, the MTR gets you straight to it. You don’t even have to get off the train and transfer to a new line.

What’s more surprising is that there’s airport express check-in available in Kowloon Station, meaning that you can drop off your luggage and check in there without actually going to the airport. For those of you who are frequent travelers, it’s a real time-saver! With the recent opening of High-Speed Rail Station connecting China and Hong Kong, West Kowloon is, literally, the transportation hub of Hong Kong.

As one of the most convenient living areas in Hong Kong, the shopping experience in West Kowloon does offer the same perks. The shopping mall above Kowloon Station –Elements– carries all major stores and restaurants that willsatisfy your daily needs. 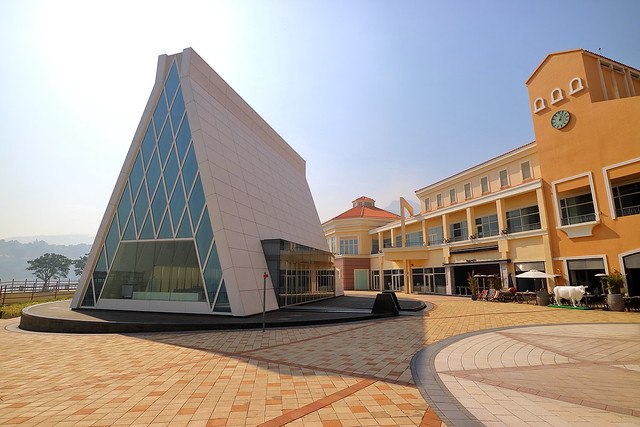 Discovery Bay is home to many expats. In fact, it’s the only area in Hong Kong where the proportion of expats exceeds 25%. If living in a house along the coastline, throwing rooftop parties while being able to shop for international groceries is something you look for, look no further! Discovery Bay is your best choice in Hong Kong.

Unlike the insanely high rent in Repulse Bay or Stanley, theproperties in Discovery Bay are fairly affordable. The only downside is that it’s not close to the center of the city, so you’re going to need a car. A private, serene neighborhood away from the over-crowding city center yet somehow convenient? That’s a real deal! 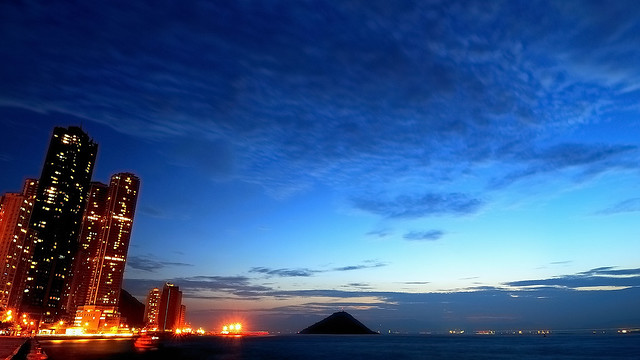 Sai Ying Pun and Kennedy Town are an outstanding blend of tranquility and liveliness. Who doesn’t prefer a quiet neighborhood yet enjoy the hustle and bustle of Soho? It’s the dream of many expats. That’s why the expat community in Sai Ying Pun and Kennedy Town is ever-expanding. Another perk to living here? It’s an affordable alternative toMid-levels, which has a much higher price tagwith similar facilities. 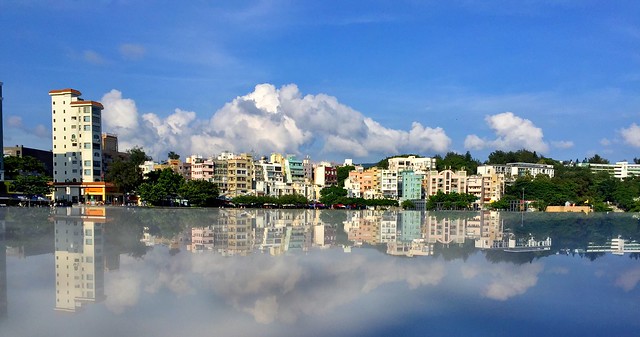 When deciding where to live, some expats may opt for Repulse Bay or Stanley. Both of them share the similarities of “suburban” feelings that Discovery Bay has and the expat communities there are hugely active. A huge bonus to living in Repulse Bay or Stanley is the excellent location, hopping on a mini-bus and Causeway Bay is just 15-30 minutesaway.

Close to a beach, your life would be as laid back as you want it to be. However, sincethe MTRdoesn’t provide servicesfrom either into the city center, it’ll take way less trouble to commute with a car if you’re to live in Stanley or Repulse Bay.That being said, both are still a go-to option for plenty of expats moving to Hong Kong. Considering the larger-than-average houses in these areas and the stunning landscape they offer, no doubt people dream to live in Stanley and Repulse Bay.

Living in Repulse Bay or Stanley

Happy Valley is, very often, an overlooked area when choosing where to live in Hong Kong. Tucked away in the city center, Causeway Bay is just minutes away. Although the area isn’t as large as Kennedy Town or Kowloon Tong, Happy Valley does offer every different kind of housing, ranging from high-rises to detached houses, so it’d suit everyone’s preference.

International schools are easily accessible in Happy Valley, making this a decent choice for families. The close proximity to the city center and the wonderful amenities also make it appealing to a lot of expats.

When deciding where to live in Hong Kong, Ho Man Tin probably isn’t the first to come to mind. Located in the “local-er” Kowloon side, plenty of expats may be too afraid to step out of the comfort zone that Hong Kong Island offersand not get inside the walled city. The truth is, unlike what you might haveexpected, Ho Man Tin is expat-friendly as well.

Right beside Mong Kok, Ho Man Tin enjoys the tranquility of the Peakwhile being close to the noisy and overcrowded Mong Kok. What does that mean? It translates to both convenience and peace! Being close to Mong Kok also means that you’ll get to experience more of the local experiences, from getting curry fishballs and stinky tofu from the street-side snack stallstosinging karaoke at karaoke bars, there’s countless opportunity to explore Hong Kong and its cultures. Living in Ho Man Tin will boost your motivation to doing so. While living in Hong Kong, let’s seize the chanceand don’t let it slip away!

Settling down in a new city, especially in Hong Kong, requires quite a bit of effort. Besides physically checking out every houseand apartment you’re interested in, you’ll have to adjust to the new culture and climate of Hong Kong as well.

Often described as muggy, the weather in Hong Kong is kind of miserable, especially for anyone that’s not used to be living in a sub-tropical area. It’ll be very easy toget sick. That’s where health insurance kicks in, as medical expenses for non-locals can be hefty here. Considering the budget, it’s better to get an international health insurance plan tailor-made for expats so that you can live, work, and play without worries!

Was this content helpful to you?
Thank you for your feedback!
【醫保知多啲】終身續保有幾重要？ Hong Kong Supermarket Cheatsheet: When’s the Best Days for Grocery Shopping Deals?