Recently named the World’s Best Low-Cost Airline for the ninth year in a row, AirAsia has quickly grown to be one of the world’s largest budget carriers offering flights throughout Asia.

With a motto of “Now Everyone Can Fly”, the Malaysia-based carrier offers low fares for on its no-frills service. Travellers pay for what they want, like a checked bag or in-flight meal, and don’t have to absorb the prices of services they don’t want to use.

We don’t currently have any AirAsia promo codes and coupons available. Here are other flight deals:

Up to 35% off flights worldwide

Join Kayak newsletter and receive private discounts of up to 35%. Destinations include Europe, Asia, America, Australia and more. T&Cs apply.
Get deal

Up to 50% off member-exclusive deals

When does AirAsia have promotions, and what are the best AirAsia sales?

AirAsia runs about four MegaSales per year, averaging about once per season. The dates are not strictly set and do change around a bit, but you can expect to see one every few months. 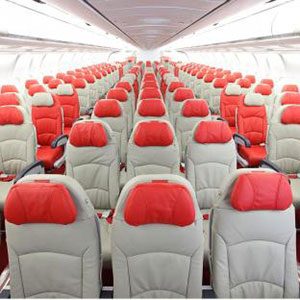 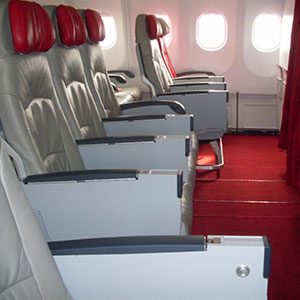 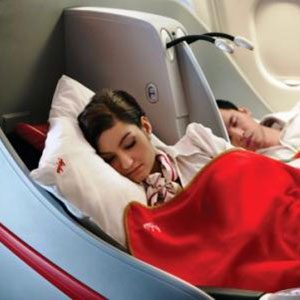 Does AirAsia include baggage in the fare?

Not with the cheapest fare option.

The price of the packages changes depending on where you’re flying. However, if you’re likely to add on these extras, it may be worth it.

Does AirAsia have in-flight entertainment?

Yes, but only free if you have your own device. AirAsia rents Huawei MediaPad M2s with movies, TV shows, music games and magazines from $18 per flight segment.

If you have your own device, you can connect to the Rokki onboard Wi-Fi system where you can access the entertainment. You can also pay to use the internet.

Yes. AirAsia’s Rokki system provides paid internet access. It will be cheaper to pre-pay for access before you fly.

Does AirAsia have power sockets?

Only AirAsia planes with premium flat bed (which is the airline’s equivalent to a business or first class) seats have power sockets.

How can I manage an AirAsia booking?

No matter where you made your booking, changes will need to be made on AirAsia’s website.You’ll need to click on the “Big Shot login” icon at the top right corner. Once you’re logged in you’ll have the option to manage your booking.

What are AirAsia X and AirAsia Zest?

AirAsia X and AirAsia Zest are part of the AirAsia family, and depending on the route you book, your flight may be operated by one of those subsidiary airlines.

How does AirAsia check-in work?

You can check into your AirAsia flight online as early as 14 days prior to departure, and no later than one hour prior for an AirAsia flight and four hours prior for an AirAsia X flight. You can do this by going to the homepage and clicking on “Web Check-In” at the top of the screen. Enter your departure city, booking number and family name/surname and click “Go” to access your booking to check-in.

How can I check an AirAsia flight status?

You can check AirAsia flight statuses by visiting the AirAsia site’s status page. Alternatively, you can check local airport websites to see if they offer live statuses of arriving and departing flights.

How can I get in contact with AirAsia, and does it have a live chat option?

Visit AirAsia’s customer service page. Here, you’ll be able to fill out an e-form or use the live chat system.

What forms of payment does AirAsia accept?

AirAsia does not issue refunds for flights. If you’re wishing to cancel due to illness or medical reasons, AirAsia will give you a credit for your flight that can be used within three months if a doctor’s note is provided stating you are unable to fly.

Alex Keshen was the global travel publisher at Finder and has been living, breathing and, of course, writing about all things travel for more than 10 years. She has a Bachelor of Journalism from Ryerson University in Toronto, Canada and has appeared in Travel Weekly and the Huffington Post.