Things are finally looking up in the US. 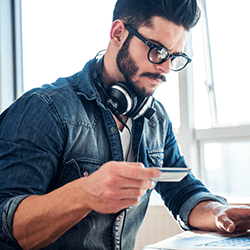 With a fixed interest rate and little to no maintenance, a CD could be a suitable option if you have spare funds you’d like to park away. And while it’s impossible to predict what rates will do in the future, they’re currently trending up.

While rates were low and stagnant from 2013 to 2017, they’re beginning to rise again.

What can we learn from looking at historical interest rates?

Looking at historical term deposit rates can help you to assess whether the current economy is favorable for you to open an account. There are many lessons we can take on board from the past, such as:

Interest rates on CDs and other savings products are affected by the economy and by US laws.

The 2008 financial crisis has led to over a decade of lowered interest rates on CDs and other savings products, but rates are now trending upward. Which means that this is a good time to compare CD options and consider investing.

Image source: Getty Images
Was this content helpful to you?
Thank you for your feedback!