Businesses could get second PPP loan under HEALS Act 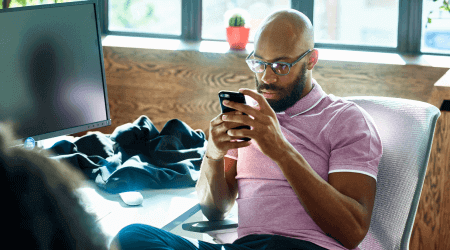 The proposed bill would also loosen up forgiveness requirements and focus on smaller businesses.

Senate Republicans proposed a new coronavirus stimulus package on Monday that would allow small businesses to take out a second loan through the Paycheck Protection Program (PPP).

The Health, Economic Assistance, Liability Protection and Schools (HEALS) Act also proposes to loosen up PPP restrictions, such as how businesses can spend PPP funding. And it would add more money to another loans program for seasonal industries and small businesses in low-income communities.

The HEALS Act has faced opposition from both sides of the aisle and is likely to change before it becomes a law. But as it stands, here’s how the PPP would change.

Some businesses would get a second PPP loan

Businesses that were hit particularly hard by the coronavirus would be eligible to apply for another PPP loan, called a PPP Second Draw loan. But big corporations like Shake Shack won’t be able to double dip into the small business fund.

To qualify, businesses must have no more than 300 employees and demonstrate that it’s experienced a 50% drop in revenue during the first quarter of 2020, compared to the same time in 2019. This comes in addition to the general PPP loan requirements.

The bill would put roughly $190 billion toward Second Draw PPP loans. Some $25 billion of that money will be set aside for businesses with 10 employees or fewer. And $10 billion of those funds would be earmarked for community lenders, which traditionally serve low-income areas and minority-owned businesses.

The PPP would be more flexible

Currently PPP small business owners can apply to have up to 100% of their loans forgiven, based on how much the business spends on payroll over an 8- or 24-week period. The HEALS Act would loosen this up — but only for the first round of funding. These changes would only apply to first-time PPP loans, not Second Draw PPP loans.

More expenses would count towards forgiveness

The HEALS Act would expand what types of spending would qualify for forgiveness under the PPP. With this bill, businesses would be able to spend money on personal protective equipment for workers, pay suppliers and cover operating expenses related to human resources and accounting.

They could also use the funds for repairs due to property damage during protests that swept the country in June.

The HEALS Act would waive forgiveness documentation requirements for businesses that received loans of $150,000 or less. Instead, they would be required to attest in good faith that they followed PPP procedure. But they would still need to retain documentation for at least three years — they could be audited at any time.

Businesses that received funding between $150,000 and $2 million also wouldn’t have to submit documentation. But they’re required to certify that the forgiveness amount is correct and they must fill out a worksheet showing how the money was spent for their records, which the SBA could ask to review.

Other PPP loan highlights from the HEALS Act

The HEALS Act would also make the following changes to the PPP:

What other business loans would the HEALS Act cover?

In addition to the PPP, the HEALS Act would expand the SBA’s long-term recovery sector loans. These loans work like a regular SBA 7(a) loan, but they’re 100% backed by the government. And only seasonal businesses or businesses that serve low-income communities can qualify.

Borrowers can apply for up to twice their annual revenue, or up to $10 million. They have up to 20 years to pay it back at a 1% rate — a lot more favorable than an Economic Injury Disaster Loan or a PPP loan without forgiveness. Businesses must prove that their revenue has decreased by at least 50% during the first quarter of 2020, compared to the year before. And they must have no more than 500 employees to qualify.

What would this fix?

Currently, the PPP is set up to give one loan per small business, which critics complain simply isn’t enough. The PPP was originally designed as a way for small businesses to keep employees on payroll for a few months.

But as states shut down for a second time and companies face more coronavirus-related expenses — like state-mandated protective equipment and fixing damage incurred during protests — businesses are calling for more funding.

The SBA data on PPP applications showed that while the majority of PPP loans went toward small businesses, the majority of the money went to the largest companies. Tighter size restrictions and earmarking funds for businesses with no more than 10 employees also helps make sure that these second loans actually land in the hands of small businesses.

Earmarking funds for community lenders also helps ensure underserved businesses have access to funds. Most PPP borrowers didn’t fill out the demographic section of the application. But those that did showed a disproportionately low number of loans going to businesses owned by women, minorities and veterans.