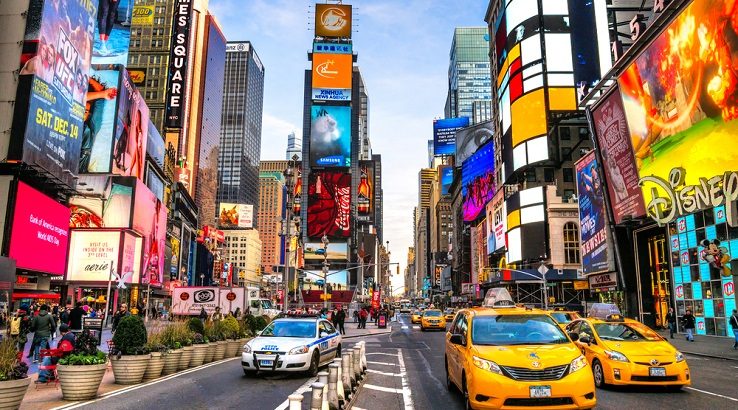 New York City’s bright lights and endless sights make it one of the most popular urban metropolises in the world, and that equals traffic, from town cars to taxis. Soon, self-driving cars will be part of the mix.

From early 2018, a number of vehicles, operating autonomously under the supervision of General Motors and subsidiary Cruise Automation, will be tested on city streets throughout the borough of Manhattan, New York.

The companies are applying for initial sustained testing of vehicles in the New York borough after Governor Andrew Cuomo recently passed legislation allowing for these types of preliminary trials.

As part of the FY 2018 budget, the legislation allows for pilot program testing of autonomous technology in New York. This would be the first time Level 4 autonomous vehicles will be tested in the state.

Level 4 autonomous vehicles’ self-driving capabilities are supported in limited geofenced areas and under special circumstances, for example, during traffic jams.

All testing will include an engineer in the driver’s seat and a passenger, to monitor and evaluate performance.

In addition to driving in a pre-mapped geofenced area, the Department of Motor Vehicles and State Police will work with Cruise and GM to ensure all tests meet safety, vehicle and insurance requirements.

“Testing in New York will accelerate the timeline to deploying self-driving cars at scale. New York City is one of the most densely populated places in the world and provides new opportunities to expose our software to unusual situations,” Cruise Automation CEO Kyle Vogt told the Wall Street Journal.

In June of this year, Audi ran the first autonomous vehicle demonstration road test. During the same month, the University of Buffalo was permitted to test drive an autonomous Cadillac SUV up and down campus roads.

Early last month, the US House of Representatives passed new legislation ensuring self-driving vehicles in New York be equipped with cybersecurity defense technology to prevent them from being used in attacks.