What’s happening with GameStop stock, and the dangers of buying in 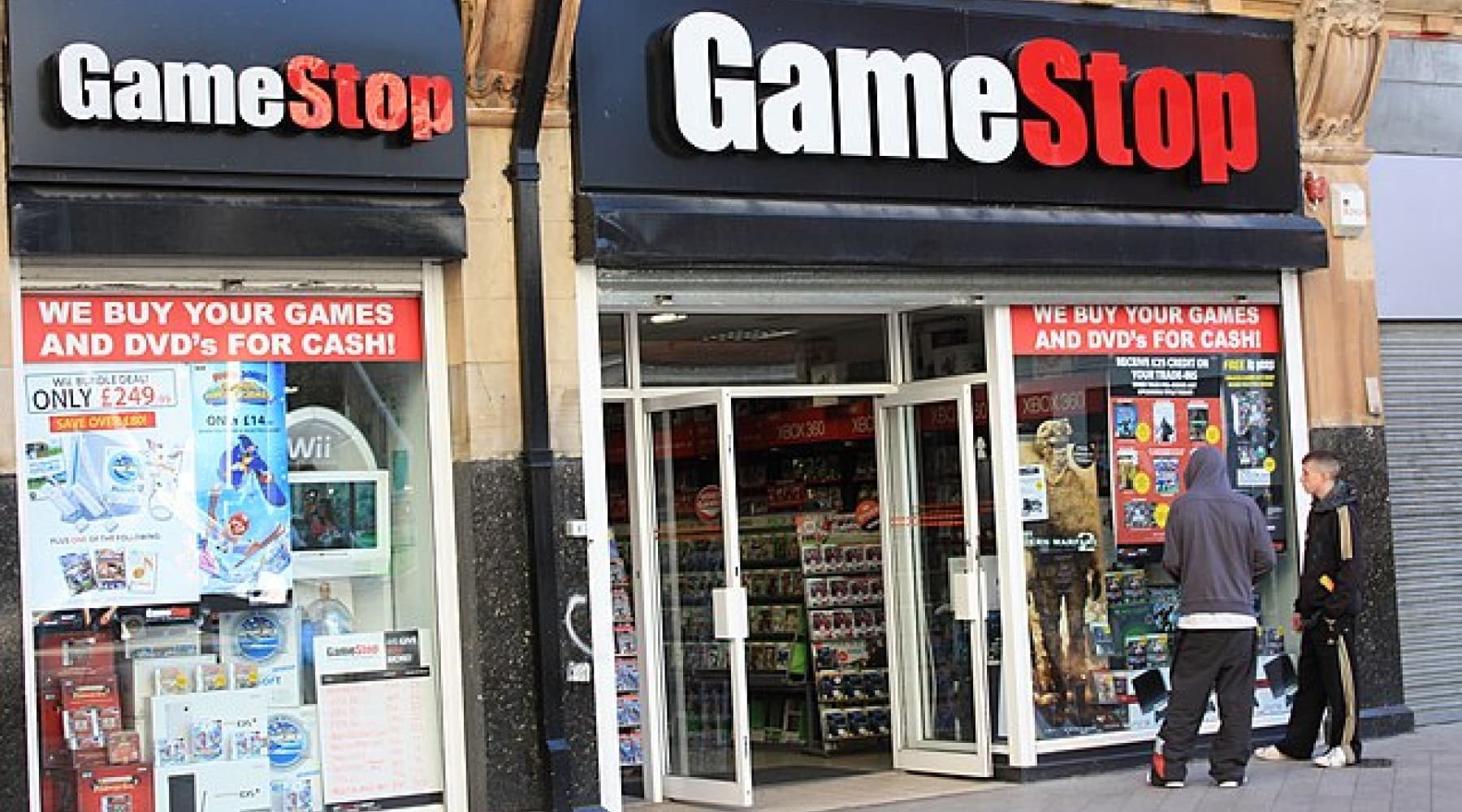 Redditors force an astonishing short squeeze in a coordinated attack on Wall Street.

Retail investors are driving up GameStop’s stock in droves, causing trading service outages and panic among Wall Street hedge fund managers. These gains may look attractive to everyday investors, but they must tread with caution — these waters are highly volatile.

GameStop’s stock soared to an all-time high today. At one point, it was trading as high as $380 — a figure made all the more impressive when you stop to consider the stock was worth less than $10 four months ago. 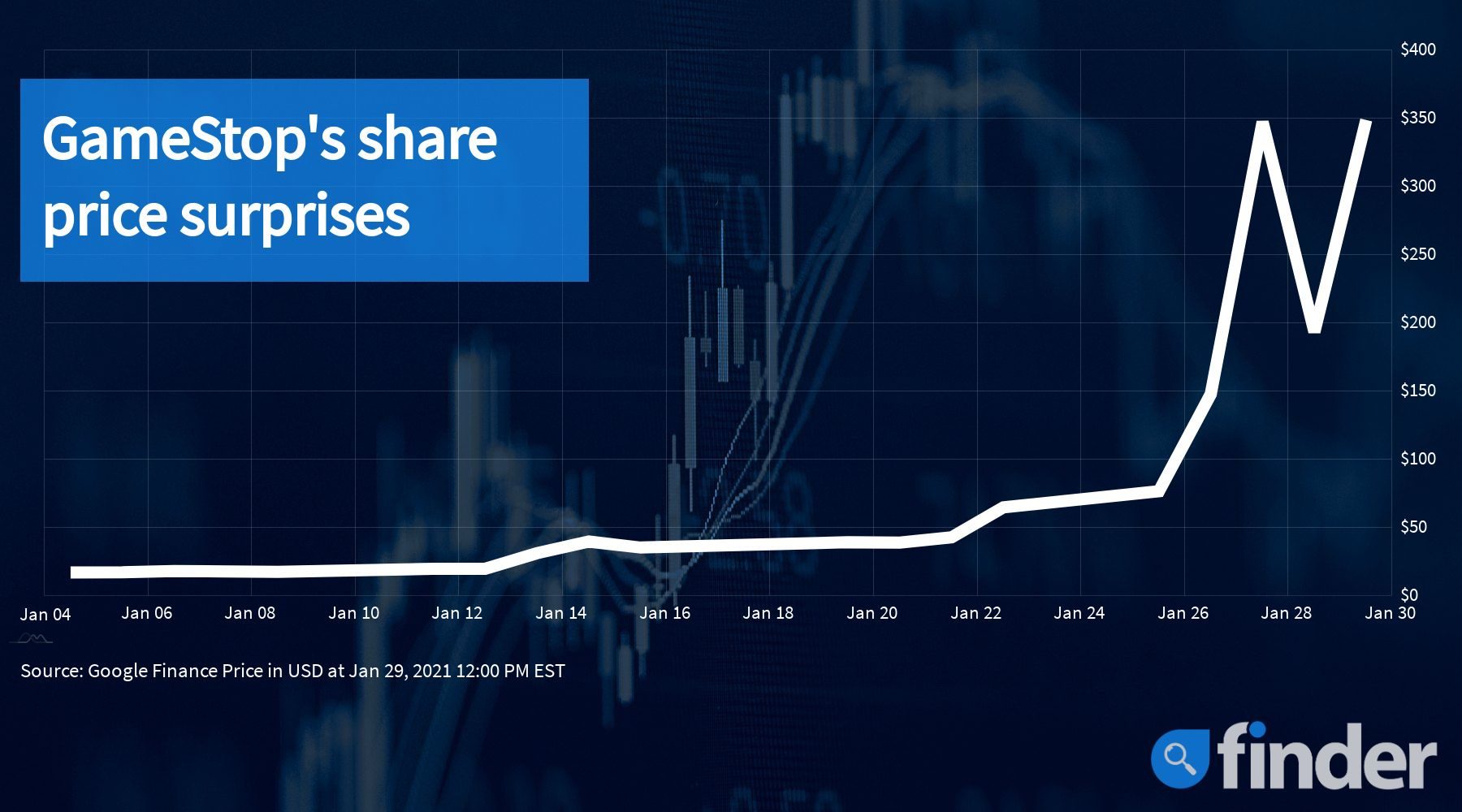 How did this happen? Well, for the past week, retail investors have flocked to inflate GameStop’s stock, and today has been especially eye-popping. Since markets opened this morning, GameStop’s stock has skyrocketed over 130% — so drastically, in fact, that the New York Stock Exchange put a temporary halt on the stock. Plus, the trading surge caused outages for several major platforms, including Charles Schwab and Robinhood.

Is the stock actually worth that much? Well, according to the company’s financial data, no. In fact, the company’s revenue has been in decline since 2018.

Why did Redditors target GameStop?

CNBC reported that of late, GameStop has been the single most shorted stock on Wall Street. Over 130% of its available shares have been borrowed — primarily by hedge funds betting on the stock’s decline.

But the stock isn’t in decline. At least, not anymore. Enter Reddit. Or more specifically: the subreddit r/WallStreetBets (WSB).

WallStreetBets has over 2 million members, many of them retail investors who use the forum as a place to exchange news and swap trading ideas. And over the past few weeks, the buzz about GameStop on WallStreetBets has been growing.

Why? Because hedge fund managers have been shorting GameStop’s stock, betting on its decline. And so long as the stock remained in decline, these funds stood to make a lot of money. The problem is that WallStreetBets investors caught on — and decided to step in.

That, and Elon Musk tweeted a link to the Reddit board Tuesday afternoon accompanied by the word: “Gamestonk!!”

Some are calling it a coordinated attack. Others say this is the stock market equivalent of David versus Goliath. But no matter how you spin it, one thing remains clear: retail investors have caused a short squeeze on GameStop’s stock and put hedge fund managers into a tailspin.

The short squeeze has officially forced two major investment firms that bet against GameStop to exit their positions: Citron Research and Melvin Capital.

It appears that Redditors aren’t done demonstrating the coordinated power of retail investors. On the heels of GameStop’s price inflation, AMC and BlackBerry shares are also being driven through the roof: two stocks that no one seemed interested in just one week ago.

Some analysts are accusing the investors responsible of orchestrating a pump and dump scheme. Others are calling for legal action and increased scrutiny on behalf of the Nasdaq, New York Stock Exchange and Securities and Exchange Commission.

The risks of short selling

If anything, this astonishing coordinated effort serves to call out the risks of short selling. Shorting stocks is risky: if your bet goes south, you could be on the hook for far more than your initial investment. The strategy can be lucrative when wielded effectively, but — as Redditor investors have demonstrated — even the most experienced institutional investors can be caught off guard.

Risks of buying in

The inflation of GameStop’s stock also serves as a warning for other retail investors: hopping on the bandwagon isn’t necessarily the right play. And investing in a stock you haven’t carefully researched and vetted may come back to bite you. What’s happening with GameStop is making headlines, but analysts warn that it won’t last.

While it may feel tempting to participate, investors should exercise extreme caution before approaching stocks with such volatility. Analysts warn that with no clear exit strategy, this rollercoaster ride may not end well for those involved. It’s impossible to predict if or when these stocks will fall. And while buying in could still be profitable, it could also mean sizable losses. If you are determined to participate, be prepared to watch your positions carefully — such volatile stocks have the potential to drastically swing without warning.