No reviews yet. Write a review
Michael Bowley
Fact checked

The most appealing feature of GamesDeal may be its substantial discounts on games. You’ll regularly find games for sale well below sticker price, and you can even test your luck by buying a random game for a buck or two (more on this below).

What you’ll find at GamesDeal

You can find all genres of games at GamesDeal, including: 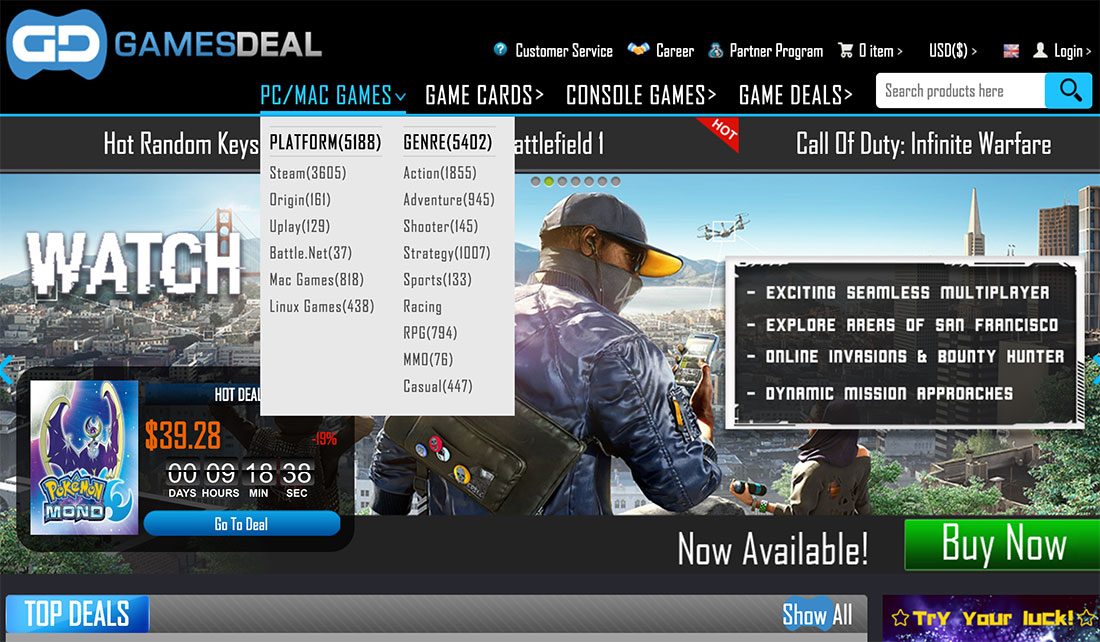 PC games
The bulk of the games you’ll find are for the PC, including titles on these platforms:

You can also find games for Mac and Linux.

Game cards
You can buy game cards and gift cards, such as:

Console games
GamesDeal has a small collection of console games for the Xbox One, Xbox 360, Nintendo Wii U, and Nintendo 3DS.

On the Game Deals page, you’ll find games at steep discounts. Here are the main sections you’ll be looking at:

A fun feature on GamesDeal is its random-game-key sales. Essentially, you pay a small price and get a 100% chance of winning a random game.

There are three tiers of games you can buy. The higher the tier, the more popular the game will tend to be.

With GamesDeal’s Partner Program, you can get a commission each time someone purchases a game through GamesDeal. Here’s how it works:

Michael Bowley is publisher for the shopping and travel team at Finder. Armed with years of experience in design and an Amazon Prime account, he loves finding bargains and sharing them online. When he's not helping folks save money, he's walking his beloved dog or cycling around his home.