Save on plane tickets so you can splurge under the sun.

Thanks to Hawaii’s tropical climate, there’s no bad time to visit. But there are cheaper times to travel, starting with the flight. Fly nonstop from most major US cities or save even more with a layover flight.

Which airlines fly to Hawaii?

The state’s largest airline offers some of the best deals on flights to the Aloha State. Select flights even offer lie-flat seating to make your trip to the tropics more comfortable. An economy round-trip ticket from LA to Honolulu will run you around $525. 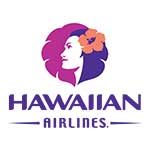 That’s right, the world’s largest airline offers direct flights to Hawaii. Expect to pay around $775 for an economy round-trip ticket. 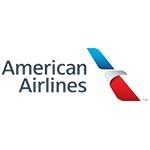 United also offers a wide range of flights to the Pacific. Catch a flight for around $640. 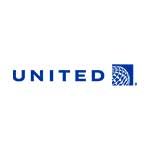 The fifth-largest airline in the US and based in Washington state, Alaska Airlines provides strong service to west coast travelers. Flights with this airline tend to be a bit pricier than other options, though — you’ll pay around $875 round-trip. 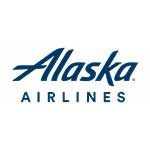 A lower-cost flight option, the average ticket for a flight from LA to Honolulu costs around $665. 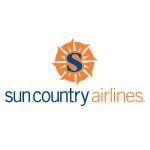 The major airline recently began booking flights from California to Hawaii, with plans to expand. For now, expect to pay top-dollar — around $1,000 roundtrip for Wanna Get Away economy seats. 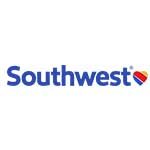 Price data obtained June 2019. Prices are subject to change and should be used only as a general guide.

Tips for finding the cheapest flights to Hawaii

Follow the “golden rule” to strategically book a flight to Hawaii: Book 40 to 50 days before your trip to lock in the best rates. Any farther in advance, and you might pay more. Closer to your date, rates could go up — with the exception of last-minute tickets that are often deeply discounted. The catch? You have to be flexible on your travel dates and times to catch these deals.

“High time,” or peak season in Hawaii is usually June through August and mid-December thorough mid-January. For cheaper plane tickets and hotels, plan your trip for the “low seasons” in April to May and September to November.

You’ll save if you bundle — vacation packages that include flights, transportation, accommodations and activities usually cost less than purchasing everything separately.

If you’re bringing checked baggage, look into what the airline charges before booking your flight. Budget airlines can end up being more expensive than luxury ones when you factor in baggage fees. Learn more about the best luggage options before you fly.

Catching a flight to paradise doesn’t have to cost an arm and a leg. Compare prices from leading airlines and plan your trip around the busiest times of year to get the best deals.

Once you’ve booked your flight, compare top hotels in Hawaii to lock in a place to stay.

Deals on flights to Hawaii

Get deal
Was this content helpful to you?
Thank you for your feedback!

Gabrielle Pastorek is the shopping and travel publisher at Finder, helping readers to round up the best deals, coupons, retailers, products and services to make sound financial decisions. She's contributed more than 800 articles to the site and is a quoted expert in Best Company and DealNews. She earned an MFA from the University of Pittsburgh, with essays and short stories published in The Collagist, Blue Monday Review, Blotterature and others. When she’s not writing, Gabrielle can be found out in the barn with her horse, Lucy.

Things to do in Hawaii Best time to visit Hawaii