Five financial tips I wish I knew before living abroad

I’ve had the adventures you might expect. I learned a new language, ate a ton of delicious food, fell in and out of love with people and places. I also learned some important lessons about managing your personal finances when living abroad. So, I present to you the advice I wish I’d heard before I decided to live and work in another country. 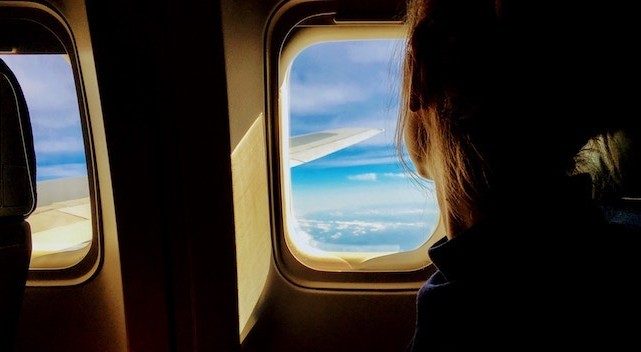 The first time you go to a new country, it’s almost guaranteed that you’re going to be ripped off. There’s no avoiding it. I call it the ignorance fee – the price you pay for not being in the know. If you’re going to a place where taxis aren’t metered, you’ll probably end up paying ten times the regular amount the first few times. The most frustrating thing about this is that even if you know that you’re being ripped off, not knowing the local nuances of negotiation means you’re still probably going to have to pay extra.

Always be prepared to pay extra. I like to make sure I have access to between $1,000 and $2,000 on the off chance that everything goes horribly horribly wrong. There are almost always expenses that you could not foresee. Maybe your living situation is not what you thought it was going to be. Or maybe you just underestimated the cost of living because like me you thought “hey I can buy two pounds of lemons for 50 cents, how expensive can it be?” (Almost the same as New York, turns out).

2. Don’t be tricked by the currency

Even if you know that $1 does not equal €1, it’s hard not to think of them as the same thing. This can happen everywhere, even in a country like Lebanon, where US currency was widely accepted and used. It’s hard to make the distinction between LL1,000 and $1 when a can of Coke costs LL1,000 in Beirut and $1 in New York.

The best way to deal with this is to keep track of your money in your native currency. Keep receipts so you can pinpoint where you’re overspending – and where you can afford to spend more.

3. Don’t open a bank account unless you have to

I was lucky enough to be able to receive US student loans while I was a graduate student at the American University of Beirut. Not only did it cover my tuition, but it helped keep me afloat financially, since I wasn’t able to legally work in Lebanon.

In order to cash my student loan checks, I needed to open a bank account because they were from abroad. This is how I learned that opening a bank account in Lebanon is a nightmare. It’s time consuming, and banks will sometimes ask for documents that are impossible for you to get or require that you have a certain income.

The good news is if you have a check issued by a Lebanese bank like BankMed or BLOM, you can cash it without having to open an account. All you have to do is bring your passport. This is what I ended up doing while I was working in Beirut and it saved a lot of unnecessary headaches.

Getting student loans from the US was great until I had to start paying them off from Lebanon. I had enough money in my US account to cover the first six months of payments but after that I was in trouble. I figured I’d just open an account in Lebanon and use that to pay off my loans.

Turns out that was a terrible idea. It would have taken over a month for payments to go through, not to mention all of the fees. I found that the best way to get around this is to open a joint account with a family member or trusted friend in the US. That way, you can send them money to deposit into your account periodically. It’s almost like paying off loans from home.

5. Don’t try to do your taxes yourself

Nobody likes paying taxes. It’s long, it’s complicated and it’s hard to know if you’re doing it right. If you’re working abroad, multiply that nightmare by a thousand. TurboTax isn’t going to be much help if you earned income in Lebanon and the United States.

That’s why I decided to hire an accountant to do my taxes. Last year I had income from both the US and Lebanon, student loan payments that were deductible and it was incredibly difficult even for a professional to figure out. You may end up not having to pay anything but you may owe more than expected.
How to do your taxes online

Living abroad is life-changing and you should take advantage of it if it’s an option. As long as you’re aware of the financial pitfalls you might encounter – including those you can’t prepare for – you won’t have anything to worry about.