How one family plans to achieve FIRE by 55 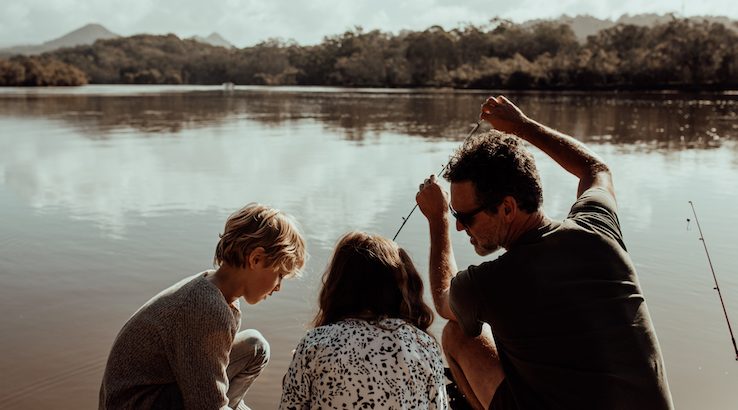 In just 7 years, they’ve managed to grow their net worth by more than $1 million.

Our new series highlights stories from real people who’ve joined the financial independence, retire early (FIRE) movement. Some have successfully reached FIRE, while others are on track to do so over the next few years. Answers are edited for length and clarity.

What inspired you to join this movement?

When I graduated college and started my career in 2002, I realized pretty quickly that I didn’t want to work until I was 65. I set a goal of retiring by the time I’m 55, but didn’t make much progress toward that goal in my 20s.

When I was 30, I left my full-time job to pursue self-employment. And for the past 11 years my income has been much better than it was when I was an employee, which allowed us to slowly start investing more.

When our daughter was born in 2012, I got a renewed interest in really pushing to reach this goal. Although I’ve been working toward early retirement for a while, I had never come across the FIRE community until about two or three years ago.

When did you begin aggressively saving and investing?

We’ve been saving and investing pretty aggressively since 2013.

What is your investment strategy?

The majority of my net worth is invested in basic index funds and Vanguard target retirement funds. My wife and I also have a smaller amount invested in REITs and real estate crowdfunding.

We also keep more cash in savings accounts than most people do because I’m self-employed and my wife is a stay-at-home mom. With an inconsistent income, we keep more cash accessible in case of an emergency.

How much is invested in each?

We’ve had an investment in a private REIT for about seven years now, and for less than two years we’ve also had investments with two crowdfunding platforms, Fundrise and AHP Servicing.

I chose those platforms because our investment is in a portfolio of properties. We haven’t invested in any crowdfunding platforms that allow you to invest in individual properties, mostly because of a lack of experience in choosing the right properties.

What is your savings rate?

Our savings rate is difficult to calculate because my income is so inconsistent. We live on a consistent budget and save what we can, but that changes a lot from one month to the next or from one year to the next. I’ve never bothered to try calculating a savings rate because it would vary so much.

How much do you plan on having before you retire?

What advice would you give others looking to join the FIRE movement?

Here are three pieces of advice for others interested in joining the FIRE movement:

Focus on increasing your income.

On the other hand, you can always make more money, and increasing your income will have a drastic impact on how much you’re able to save.

I’ve always been pretty careful with my money, but in my 20s I didn’t make much progress because my income was low. Once I started my business and my income began to increase, I was able to make fast progress and grow my net worth by more than $1 million in about seven years.

Communicate with your spouse or significant other.

If you’re married or in a committed relationship, it’s hard to go on this journey alone. You really need to be on the same page in order to make serious progress.

Don’t worry about what other people are doing.

If you’re in the early stages of your journey toward financial independence, it can be kind of frustrating or discouraging when you see a lot of people who seem to be doing better than you.

If you’re in FIRE-related Facebook groups or you read finance blogs, you may see a lot of stories about people who seem to be in a much better position than you.

Try not to compare yourself to those people because they’re probably at a completely different stage in their journey than you are. They were probably frustrated at one point, too. Just focus on moving forward and don’t worry what other people are doing.