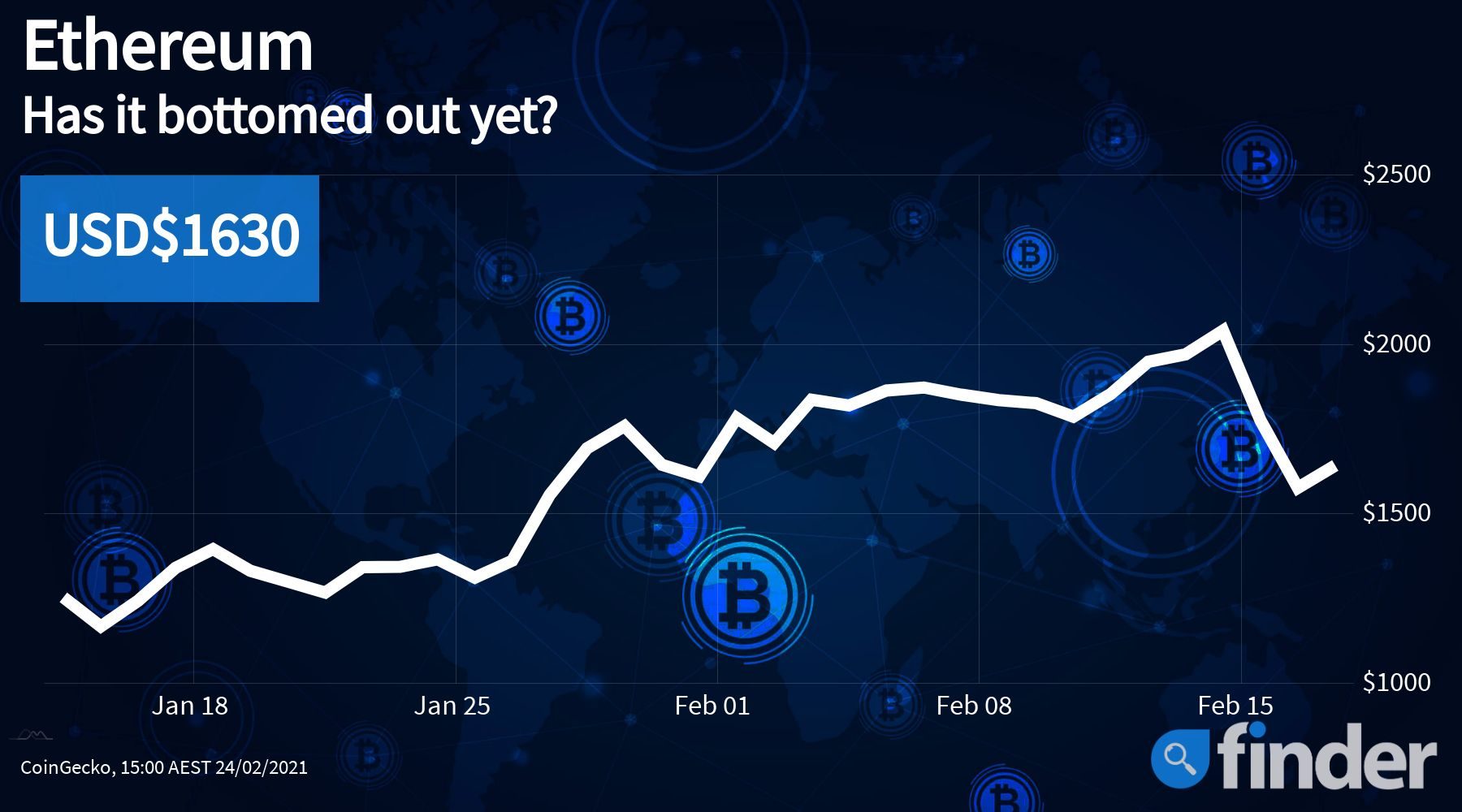 Ether’s gains have been wiped out entirely as a result of the latest drop.

The last 48 hours have been rough for Ether, with the premier altcoin swooping down to levels that many had thought the currency would never return to. In this regard, the second-largest cryptocurrency by total market cap dipped by 10% last night, dropping to as low as $1,395 only to forge a recovery of sorts and break past the $1,600 mark. At press time, ETH is trading at $1,630.

For a lot of people operating in this space for a while this may have been just another day at the office, this sudden downturn coincided with Tesla CEO Elon Musk’s remarks regarding Bitcoin and Ethereum, wherein he suggested that the premier digital currencies were trading at levels that were way higher than what he believed they were worth.

A deep dive into the situation

Providing his thoughts on the ongoing market insanity, Siddharth Menon, co-founder and COO of cryptocurrency exchange WazirX, told Finder that it is important to understand that the market routinely goes through multiple cycles and that it is quite likely that once this ongoing wave of bearish momentum subsides, things will get back to normal, adding:

“In the next cycle that we are heading towards a direction where there’s a lot of room for different other projects to grow. I believe Ether is just waiting to sort of take over in that regard. Hopefully, there is a better breakout.”

On a somewhat similar note, Nathan Cox, chief investment officer at Two Prime, an investment firm specializing in digital assets, believes that such market swings are quite regular within this space and should not be looked into quite deeply, especially when considering how crazy the rise of these assets has been in recent months. Cox said:

“It is important that we keep things in perspective when talking about the meteoric rise of digital asset prices. Keep in mind ETH just broke above $1800 for the first time on February 10th and cleared $1700 just 5 days before that on February 5th. We expect ETH to continue its move higher and break $2000 in the near future, with periods of volatility along the way, and regular consolidation as we digest new price levels.”

On the subject of Ether’s scalability issues and how they could have potentially played a role in its recent slide, Menon believes that as with any other blossoming technology, ETH too has hit a massive scaling wall which could become quite disastrous if left unchecked for too long.

However, he is sure that, as and when Ethereum 2.0 is finally rolled out, it will help solve the current challenges being faced by the ecosystem. “There’s a lot more waiting to happen in a very short term. Eventually, I believe that this will help take ETH to the next level,” he added.

Was a massive “Whale Dump” behind the recent sell-off?

Amid the crypto bloodbath that was witnessed over the course of the last 24-hour trade cycle, it is worth mentioning that at one point, ETH was trading for less than half its market value on Kraken. To further expound on the matter, when Ether was trading at about $1,546.53 — down from around its relative high of $1,800 — across a number of exchanges, the number was hovering around the $700 mark on Kraken.

As per reports available online, within a 60-second span, the ETH/USD pair on Kraken dropped to almost half its value to around $700 at UTC 14:20 Monday.

On the issue, Kraken CEO Jesse Powell went on record with Bloomberg to say that he and his team are confident that there was no malfunction in Kraken’s trading engines over the previous 48-hour market cycle, adding: “We’re in the process of investigating, it could be that a single whale just decided to dump his life savings.”

While the “whale” hypothesis is one of many explanations, Powell was the first to admit that the massive plunge could have also been compounded by the availability of other features such as margin trading and stop-loss orders on the exchange.

Lastly, it should be pointed out that this is not the first time such a “flash crash” has been witnessed on Kraken because as per a report made available by crypto data aggregator Trustnodes, an extremely similar scenario played out in 2018 as well in relation to the exchange.

According to the above-mentioned report, such massive short interval dips are usually seen when a trader inadvertently ends up entering the wrong number during a trading session, an action which is usually referred to as the “fat finger error”.