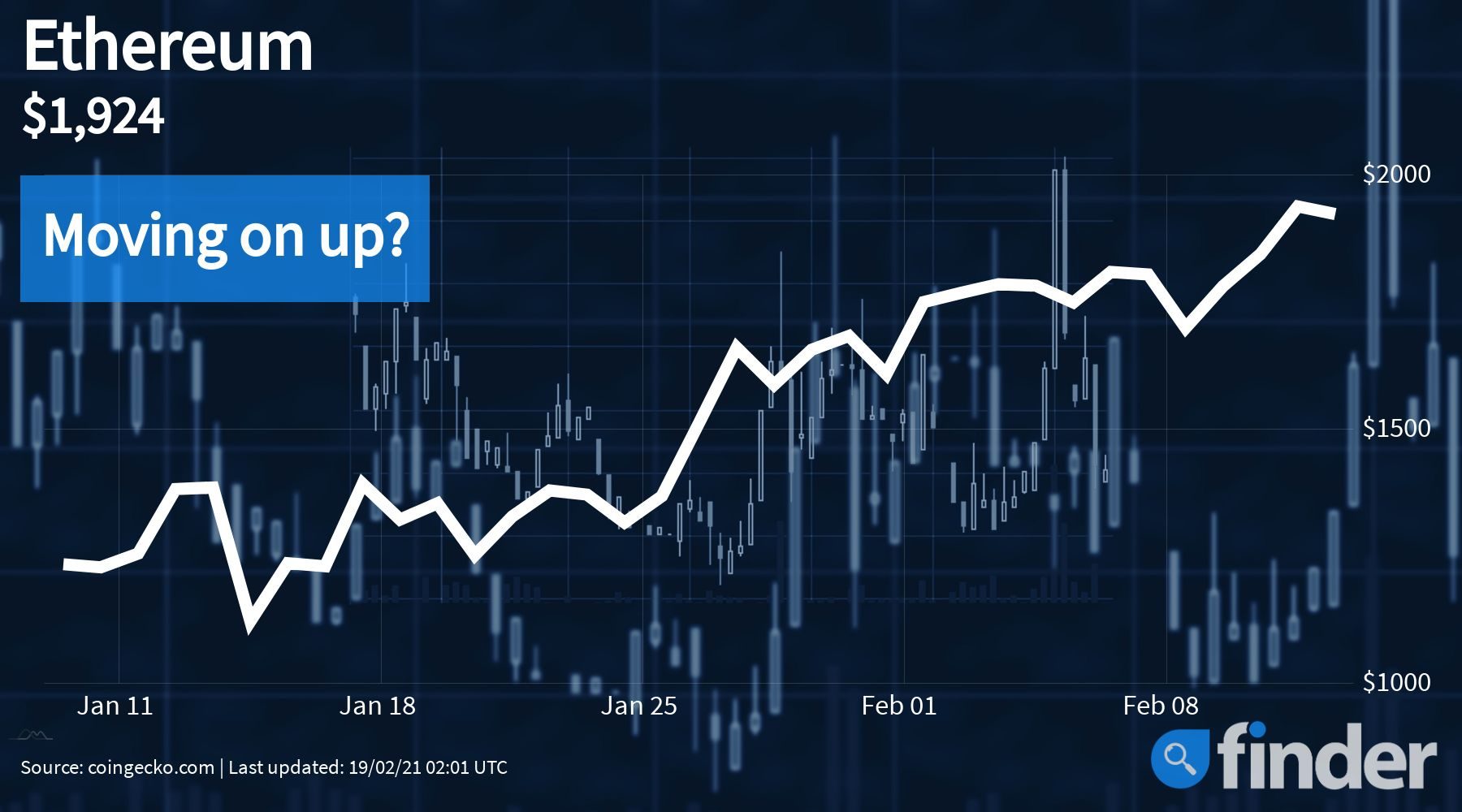 Over the course of the last month, Ether has delivered handsome gains of around 40%.

Commenting on Ether’s latest price movements, Jay Hao, CEO of cryptocurrency exchange OKEx, pointed out to Finder that even though the premier altcoin is continuing to exhibit sideward trading tendencies, it is still touching all-time highs almost every other day, which is an extremely positive sign.

He also pointed out that the flurry of news that the ecosystem has witnessed in recent weeks – i.e. Tesla, Mastercard, NY Mellon, Deutsche Bank, and MicroStrategy announcing their crypto moves – has had a positive impact on ETH, adding:

“Historically, when Bitcoin’s price goes up, that soon spills over into the rest of the cryptocurrency markets and, with the rally being driven by institutions this time around, many are also turning their attention to ETH. The number of large holders of ETH has increased lately signaling possible institutional investment and the launch of CME ETH futures acts as a further stamp of legitimation for the premier alt.”

The ongoing rise explained in detail

It bears mentioning that with each passing day an increasing number of exchanges are enabling ETH staking, resulting in the currency’s supply being constricted in an upward direction. Not only that, rising DeFi momentum – which shows no sign of slowing down – has also had its part to play in Ether’s continually increasing market dominance.

The growing popularity of decentralized exchanges (DEX) is best highlighted by the fact that just a couple of days ago, cumulative trading volumes shot up to a total of $100 million on Uniswap alone. If that wasn’t enough, the total value locked (TVL) across all DeFi platforms has also continued to rise, nearly doubling in volume since the start of 2021. 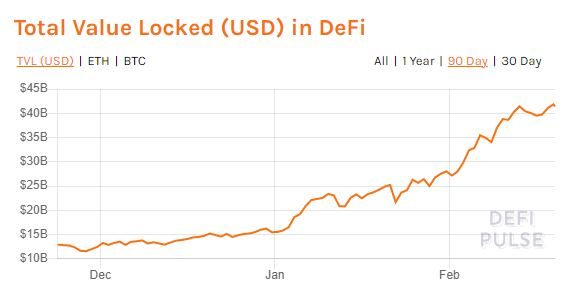 Providing his view’s on Ether’s ongoing ascent, Paolo Ardoino, chief technical officer for digital asset trading platform Bitfinex, told Finder that while the digital currency continues to be faced with scaling and congestion issues, it is unlikely to be ignored by the growing number of investors that are about to enter the digital asset sector, adding:

“We never make a price prediction on any token, including Ethereum, however, inasmuch as one is bullish on the overall digital token space, one may expect the second-biggest cryptocurrency to play a prominent role in any bull market.”

What can we expect from ETH2.0?

Despite Etherum’s scaling issues, for which a long-term solution is being worked on — ala ETH2.0 — Hao believes that all of the currency’s fundamental signs are quite positive, as a result of which he believes a further price breakout may be on the books.

On paper, ETH 2.0 will provide a holistic solution to the congestion and fee issues currently being witnessed by the Ether ecosystem, basically comprising of a series of crucial upgrades – most notably, the change to Proof of Stake – that will dramatically improve the network’s efficiency, scalability, and sustainability in the long term, making it less expensive to transact on the network.

Also worth noting is the fact that while the Ethereum community has several layer 2 solutions that can tackle some of its congestion issues for certain cases, such as plasma and ZK rollups, there is no guarantee that these avenues can become permanent solutions in the near future. On the subject, Hao opined:

“I believe that Ethereum devs want to channel all of their resources into making ETH 2.0 a reality as quickly as possible. In the meantime, there are several projects that are tackling the issue of blockchain interoperability and can work with Ethereum to run ERC20 coins on their networks.”

In this regard, platforms such as Binance Smart Chain, OKExChain have recently presented users with stable ecosystems that almost eliminate transaction fees and wait times all while providing complete compatibility with the Ethereum Virtual Machine (EVM), allowing ETH dApp developers to easily migrate their projects and circumvent high gas fees and congestion, until a fully functional version of ETH2.0 is made available to them.

While a number of retail investors and experts believe that the $2,000 price range is now in sight, the recent uptick in Ether’s price momentum has resulted in excessive leverage from futures contract buyers, which more often than not can culminate in buyers reducing their positions in the near term.

As a result, pro traders may be sitting on the sidelines waiting to see how things playout for the premier cryptocurrency. In this regard, it should also be noted that a report released by digital asset management firm CoinShares earlier this month, clearly shows that a massive chunk (80%) of the monetary inflow that has come into the market recently went directly into various Ether-related products.