What is behind Ethereum’s soaring price? 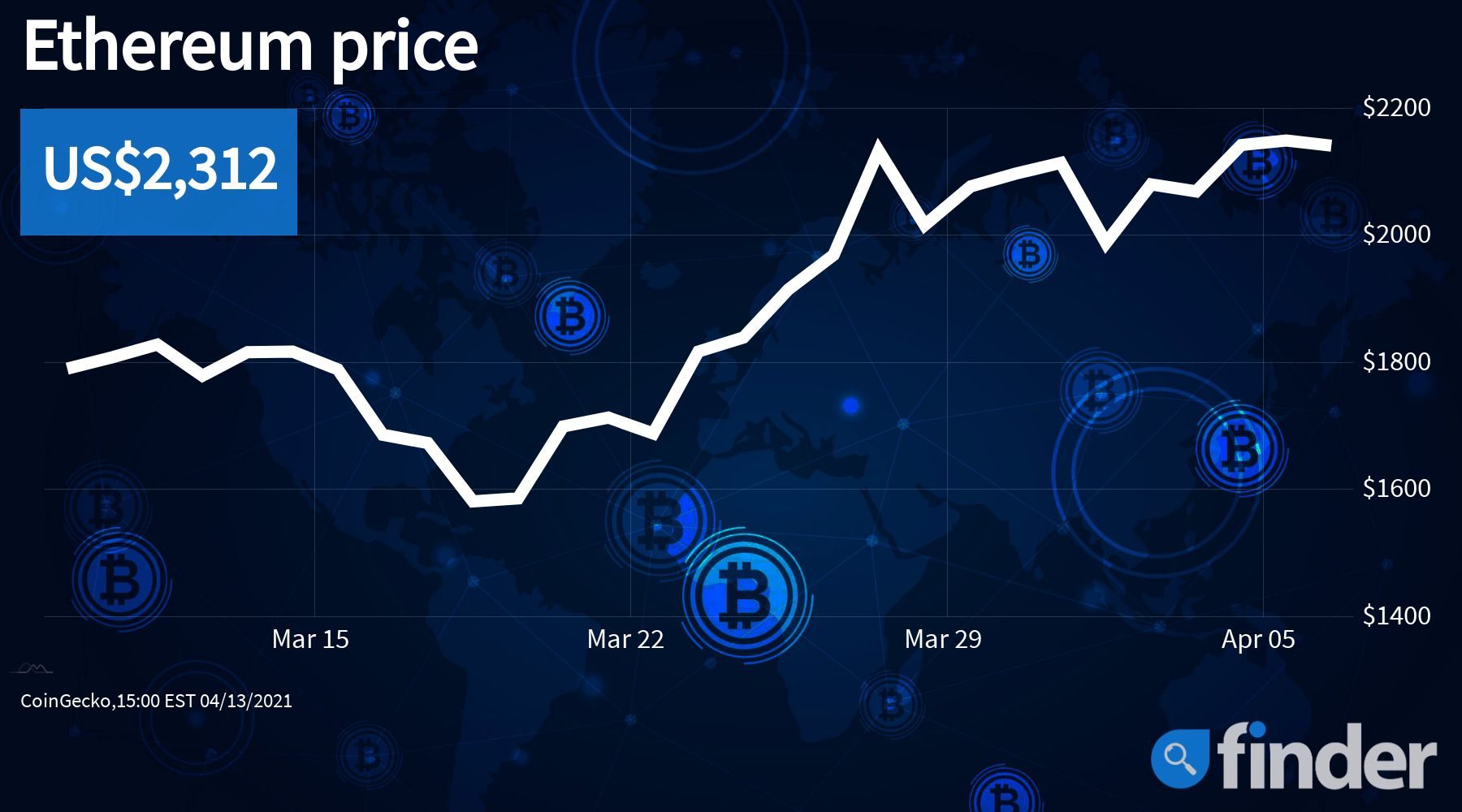 Experts believe Ether will continue to scale up by the end of 2021.

Over the course of the last seven days, Ethereum has been showcasing an increasing amount of stability. At press time, Ethereum is trading at $2,312.

To get a better idea as to how Ethereum has been able to sustain its ongoing momentum, Finder reached out to Jay Hao, CEO of OKEx. As per data aggregated by his firm over the last few months, this latest push seems to be driven by institutional money flowing into the Ethereum ecosystem.

For example, Chinese tech company Meitu, which announced its cryptocurrency investment plan previously, is now holding $100 million worth of BTC and ETH, with the latter being its majority holding. This could be considered a bullish bellwether for Ether as many experts believe that more and more investors will continue to tap into this market in the near-to-mid term. Hao added:

“We’ve seen more tech giants become forerunners in investing not only in BTC but ETH as well. We’ve also seen a large correction in BTC which has inevitably spilled over into the crypto markets as a whole. I believe this is temporary. While some weak hands and late buyers may get shaken out, the outlook for ETH remains bullish.”

That being said, he did acknowledge that despite its ongoing ascent, the Ethereum ecosystem is still plagued with mounting fee and congestion issues, which if left unaddressed could hamper the platform’s future prospects. “Ethereum is a mature ecosystem considering it still has by far the largest developer community and over 80% of DeFi protocols are built on it. But still, complacency is a killer,” he added.

In this regard, one can see that over the course of the last few months, developers and other network users are gradually moving to other alternatives emerging in the market. For example, OKEx has completed the integration of Algorand-based versions of USDT and USDC (USDTa and USDCa) on their platform, allowing stablecoin traders to transact quicker and at a fraction of their original cost. Not only that, the firm is also now providing support for other blockchain platforms Solana and Terra.

As altcoins across the board continue to witness gains, with currencies like Cardano, Polkadot, XRP, Litecoin all being on the receiving end of some serious upward price action, an increasing number of experts believe that Ethereum looks primed to break out this year.

For example, veteran cryptocurrency analyst and trader Scott Melker recently stated in an interview that he sees ETH outperforming BTC in the near term, with the altcoin most likely set to surge by over five times in the coming 6-8 months, adding: “It’s like investing in the Internet in the early 1990s to me. I don’t see why that’s crazy. It’s basically just under a five X from here. […] Bitcoin did almost three times that last year.”

On the subject, Sidharth Menon, cofounder, and chief operating officer of cryptocurrency exchange WazirX, told Finder that regardless of what people may say about ETH, it is still the king of all altcoins and that it doesn’t really matter if the digital asset moves slow or fast because it is here to stay, period. He further opined:

“It is the most adopted blockchain ecosystem and many projects have grown on it. Ethereum has played a major role in the global decentralization revolution. Furthermore, Bitcoin’s dominance is falling and to me, the math is simple: Bitcoin broke its ATH and went 3x but ETH is barely above its ATH.”

Talking about Ether’s growing pains, Menon added that whenever there’s a technology as vast and expansive as Ethereum, it’s difficult to initiate groundbreaking changes to it overnight. In this regard, he believes that Solidity for blockchain developers is what C++ was for many new devs back in the days. “Ethereum has turned into the gateway for many blockchain developers to start their career. The adoption vs. supply curve of ETH was the reason why ETHs price skyrocketed. Because of this, gas has become expensive”, he pointed out.

As Ether continues to take steps to transition to a PoS framework, the number of ETH staked on the Ethereum network has continued to increase at a fairly rapid rate.

Not only that, just last week, one of the world’s largest multinational financial services companies in the world, Visa, announced that it was going to allow its users to start settling their transactions using the USDC stablecoin, which runs atop the Ethereum network. As a result of this news, the crypto market seems to be surging.