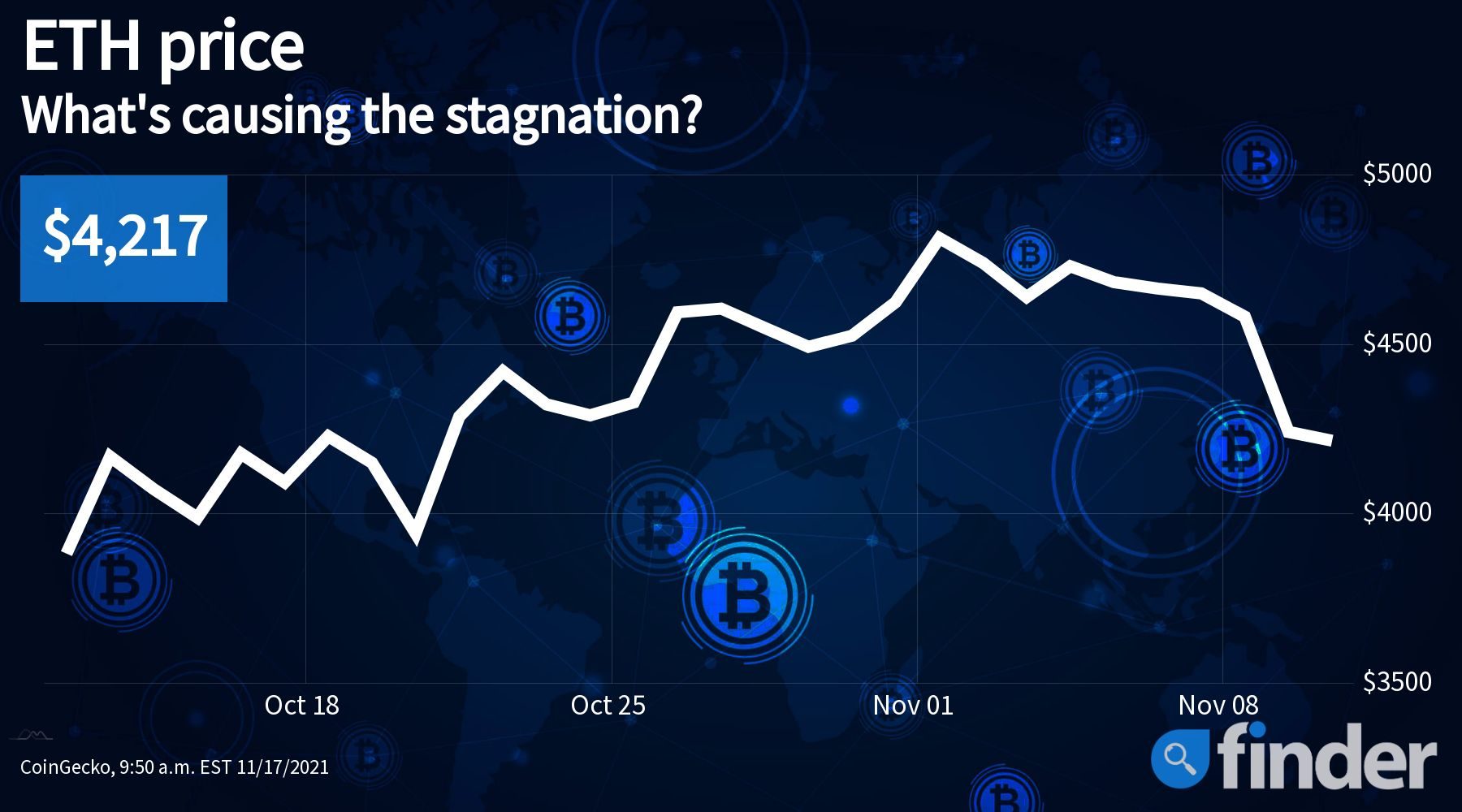 Over the past week, Ethereum has raked in modest gains of just 2%.

After dipping as low as $4,109 yesterday, Ethereum (ETH), the world’s second-largest cryptocurrency by total market capitalization, booked 24-hour profits of over 4.5%. At press time, ETH is trading at a price point of $4,217.

Ethereum has been mirroring Bitcoin’s performance recently, with many analysts believing that a short-term price target of $5,000 may be on the cards for the digital asset.

Furthermore, the altcoin has been hitting new all-time highs over the past month despite its native gas fee levels continuing to hover at relative highs of approximately $50. Not only that, ETH has remained the project of choice for a vast majority of DeFi enthusiasts globally, with $93 billion of the $115 billion locked into various DeFi offerings being placed in ETH projects.

Recently, MyEtherWallet (MEW) revealed that it had released its first nonfungible token (NFT) collection, labeled ETH Blocks, making tokenized images of individual blocks on the Ethereum blockchain available to its clients. A fair few blocks have already been sold, with more NFTs of major block happenings — such as completion milestones, network upgrades, hard forks — still up for grabs.

As Coinbase prepares to roll out its upcoming NFT platform, company CEO Brian Armstrong recently spoke with a prominent media outlet. He claimed that while BTC and ETH — as well as some other major cryptocurrencies — continue to attract a bulk of attention associated with this space, NFTs will one day become of equal importance to the industry. He added: “We are very excited about NFTs. This is going to be a very large area for crypto in the future, and it already is today.”

Alongside Coinbase, Sam Bankman-Fried-led cryptocurrency exchange FTX also recently launched its very own NFT ecosystem. Similarly, earlier this year in June, Binance went ahead and became the first major trading platform to make an NFT marketplace available for the masses.

With the total market capitalization of the crypto sector recently hitting $3 trillion, it stands to reason that ETH adoption will most likely continue to increase moving forward, thus helping spur the currency’s value in the near- to mid-term.

Also, with Ethereum’s highly anticipated transition to a proof-of-stake (PoS) consensus mechanism set to go live sometime during early 2022, it will be interesting to see how things play out for the asset over the coming few months.