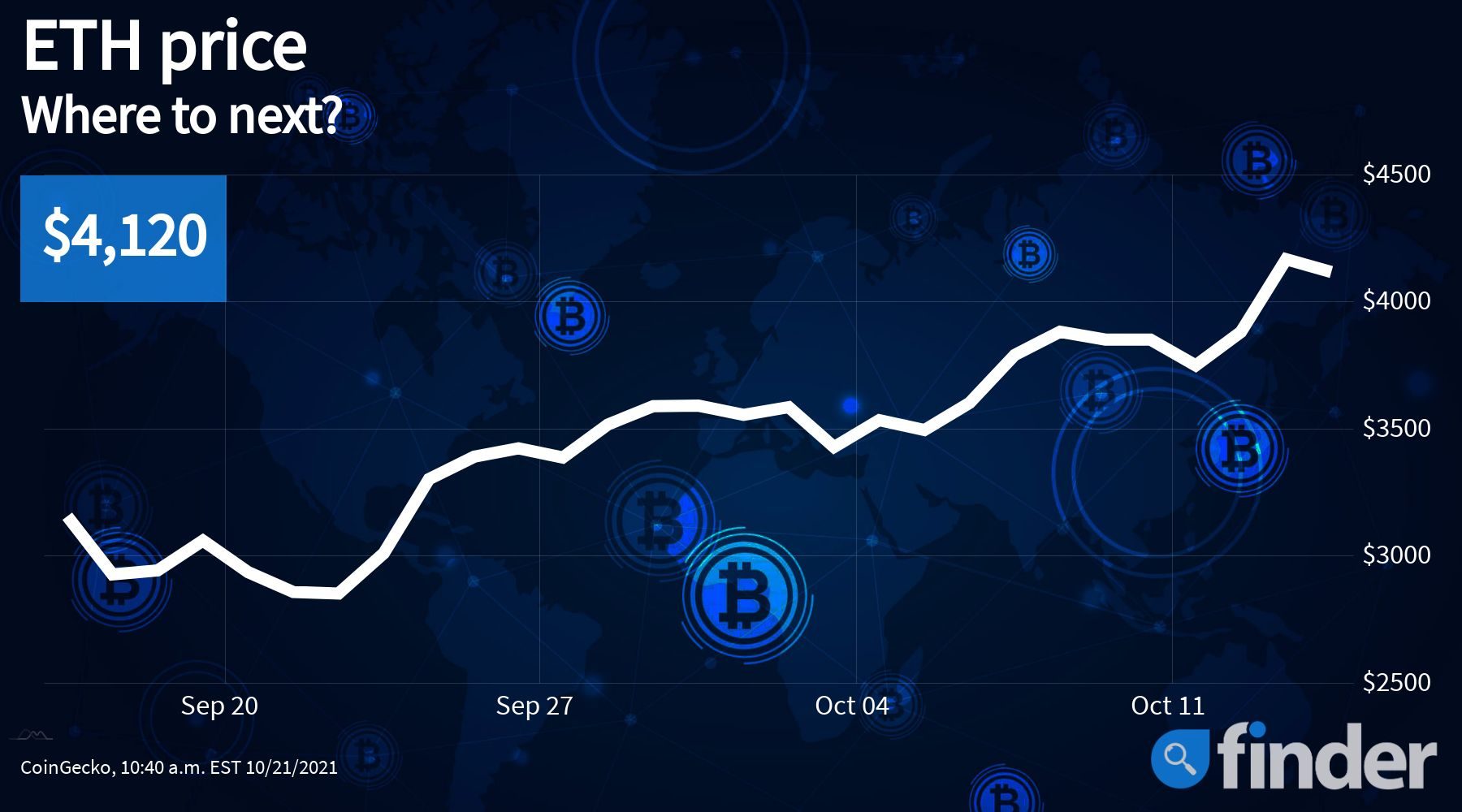 Ethereum’s continued strong market performance over the last few weeks has resulted in the altcoin’s fortnightly gains soaring to over +10%.

Ethereum (ETH) touched a relative high of $3,900 yesterday and has continued to climb. The world’s second-largest cryptocurrency by total market capitalization is currently trading at a price point of $4,135. The digital asset’s monthly gains stand in excess of 15%.

While Ethereum has largely outperformed Bitcoin over the last 12 months, it has been closely following Bitcoin’s price movements recently – a trend that has also been copied by other digital assets currently in the top 50.

Over the last 12 months, Ethereum has registered solid gains over 915%. In comparison, Bitcoin’s profits over the same time window stand at just 444%, which is less than half of Ethereum’s tally.

In a somewhat surprising turn of events, Cardano (ADA), a digital asset that recently saw the launch of its highly touted smart-contract infrastructure, seems to be struggling monetarily. While most altcoins have made a major rally over the last few weeks, ADA has continued to book substantial losses over the past month, with the asset currently down -8.4% over the last 30-day stretch.

ADA recently formed a “death cross” on its daily chart against Bitcoin, a signal that is typically viewed as a sign of increased near-term bearish action. It will be interesting to see how the future plays out for Cardano, especially as the industry as a whole continues to garner increasing traction each passing day.

Facebook’s Novi wallet to be piloted by Paxos and Coinbase

To help with the release of its upcoming Novi digital wallet, Facebook has joined hands with Coinbase and Paxos. The project’s testing has now officially kicked off across specific locations around the United States and Guatemala.

A select group of users will be given access to the Novi wallet ecosystem on their Android or iOS devices. The chosen individuals will be able to add money to their accounts using a debit card. They can then send or receive funds in the form of Pax Dollars (USDP), a dollar-backed stablecoin.

Unlike Tether (USDT), which has been under a lot of regulatory scrutiny in recent months, USDP reserves are fully backed by cash. All customer assets will reportedly be held with Coinbase, a firm that currently has over $180 billion in assets under management.