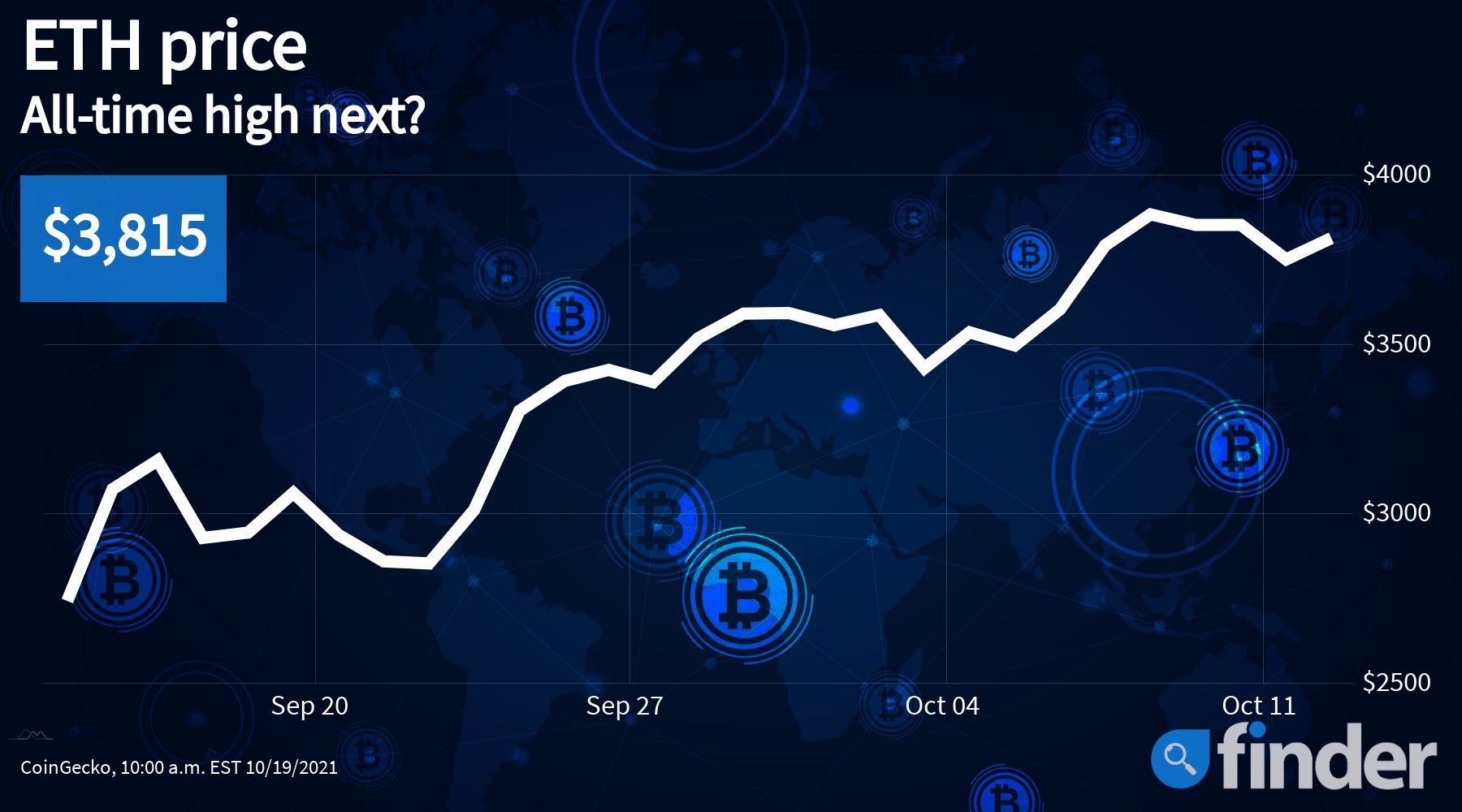 Thanks to Ethereum’s current market push, the asset’s fortnightly profits stand close to the 13% mark.

The last week or so has been extremely exciting for Ethereum (ETH). The altcoin rose from a price point of $3,438 on October 14 to around $3,950 just 72 hours later, showcasing a growth of over 12%. However, ETH’s value has corrected slightly since then, with a single token currently trading for $3,815.

This latest bull run seems largely driven by Bitcoin. Almost all the currencies in the top 20 closely followed BTC over the last month or so. Ethereum has continued to hold ground, with the asset’s market dominance index (DI) continuing to hover around the 17.5% range.

In a major push for the decentralized finance (DeFi) market as a whole, Binance, one of the world’s leading trading platforms, announced it is set to launch a $1 billion fund to help spur the development of its fast-growing BSC ecosystem. The crypto company outlined a tiered development model that spans four key areas as part of its billion-dollar program – namely talent development, a liquidity incentive program, a builder program and an investment and incubation program.

As per a number of reports, crypto lending platform Celsius Network has secured $400 million via an equity funding round that was led by market giants WestCap and Caisse de dépôt et placement du Québec. The firm’s co-founder Alex Mashinsky noted that the funds will be used to hire more people as well as improve the company’s existing suite of offerings and products. “It’s not $400 million. It’s the credibility that comes with the people who wrote those checks,” Mashinsky noted.

Following in the footsteps of FTX and Binance, Coinbase has announced its decision to launch an NFT marketplace by the year’s end. The platform will initially support only a few token standards associated with the Ethereum blockchain and will gradually expand as the ecosystem continues to grow.

It is estimated that Coinbase currently has around 70 million verified users as well as 8.8 million active users. As a result, the company’s new NFT platform could provide some stiff competition to other NFT marketplaces such as OpenSea and Rarible. In fact, just hours after Coinbase made the announcement, over 1.1 million people signed up for the platform’s waitlist.