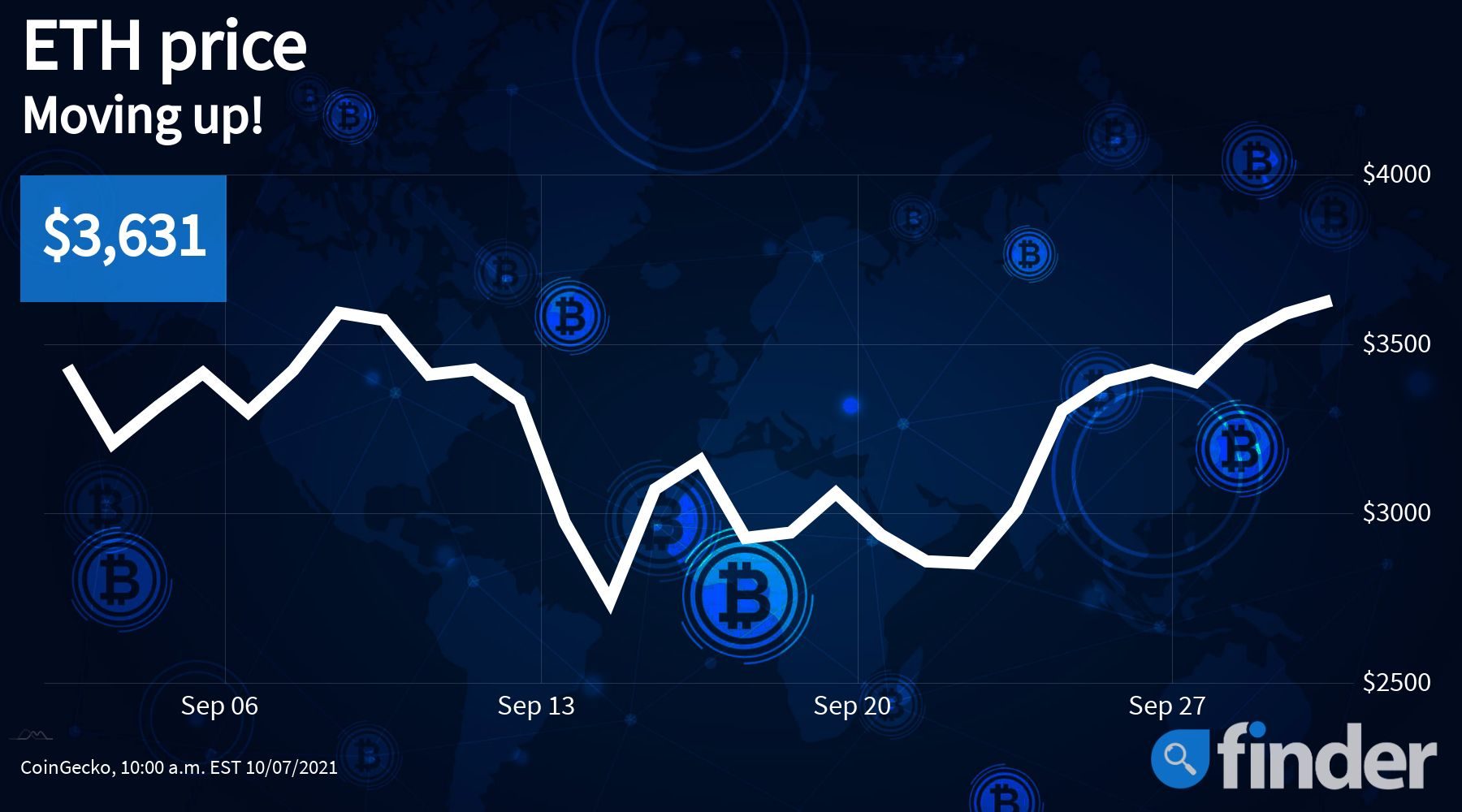 Following closely on the heels of Bitcoin, Ethereum has garnered increased financial traction since the start of October. The altcoin rose to a relative high of $3,615 yesterday before showcasing a slight correction in its value. At press time, ETH is trading for $3,631.

Many technical and fundamental indicators suggest that ETH could accrue gains of up to 100% in the near term. For example, since the start of October alone, Ethereum’s gains have already moved past the 25% range. With the US government signaling its clear intentions not to ban crypto anytime soon, investors are once again betting on digital assets like Ethereum and Bitcoin as hedges against the monetary inflation that seems to be looming large on the horizon.

A recent survey revealed that over the last couple of months, long-term inflation numbers among US consumers rose as high as 3% – the highest in nearly a decade. Further fanning inflation fears, Jerome Powell, chairman of the Federal Reserve, was recently quoted as saying that consumer prices may continue to hover around their current levels at least until next year.

Major breakout on the horizon for ETH?

If fractal data is anything to go by, then Ethereum’s value could soar to a price point of $13K over the next 60-odd days. A fractal indicator from 2017 – that was instrumental in pushing the price of the altcoin by a staggering 7,000% – seems to be rearing its head once again in 2021, especially with ETH continuing to hold solid ground above the $3,350 mark.

And while the notion of a 7,000% increase in ETH’s value by 2021’s end does sound quite far-fetched, the last 12 months have seen the altcoin incur sizable gains of approximately 900%.

As highlighted by Finder previously, Ethereum recently underwent a network upgrade – dubbed the “London Hard Fork” – which resulted in a portion of ETH’s network fee now being burned per transaction. This has resulted in over 448,412 ETH — around $1.35 billion — already being taken out of the altcoin’s supply pool.

With the Ethereum network making its much-awaited transition to a proof-of-stake framework (PoS) by the end of next year or so, the total amount of ETH locked into the ETH2.0 staking contract has risen from 11,500 in November 2020 to approximately +7.82 million ETH to date.

ETH tokens across all trading platforms have continued to drop, with data available online suggesting that exchanges are now in possession of just 18.1 million ETH as compared to 23.73 million ETH just over a year ago.