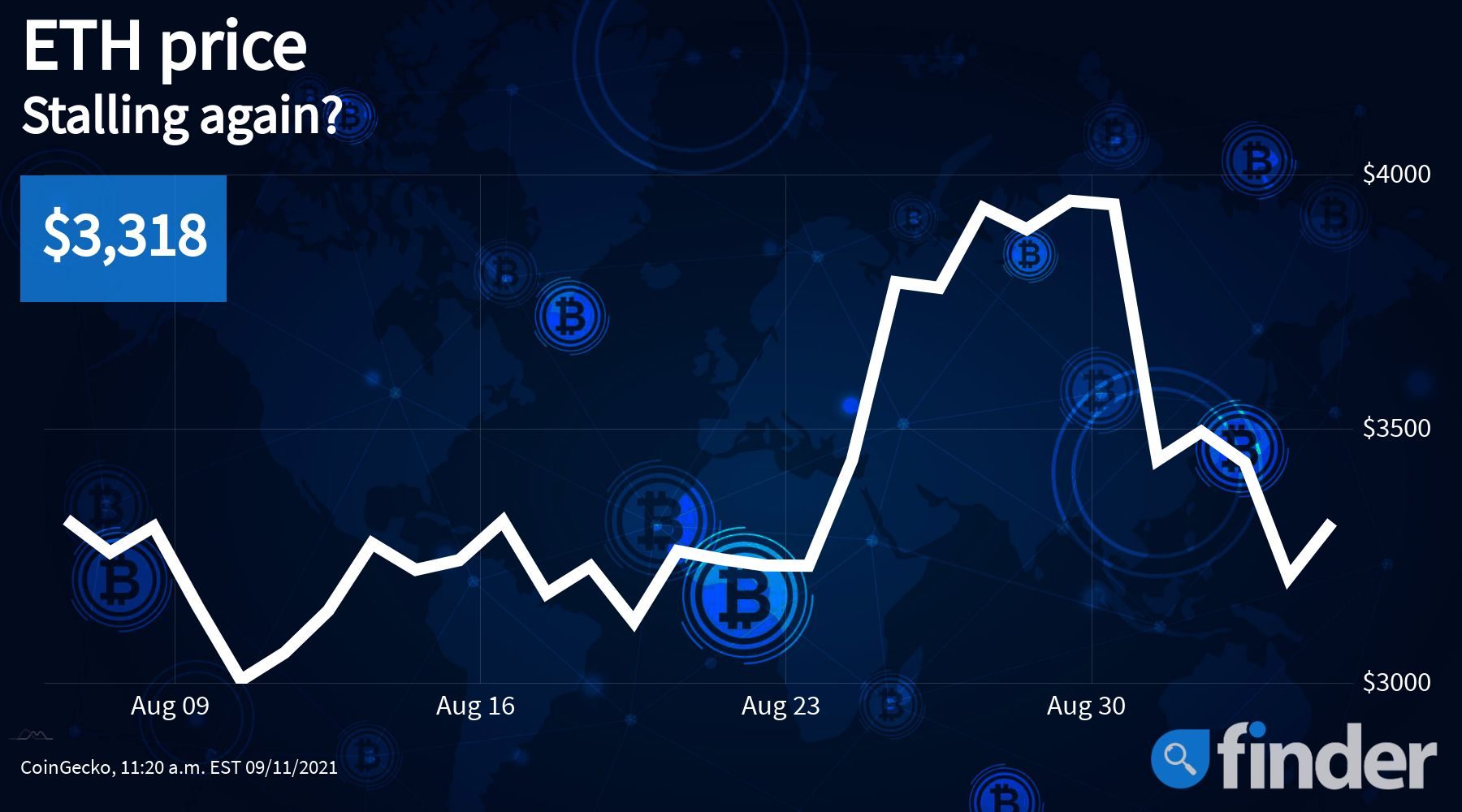 Despite the recent uncertainty surrounding Ethereum (ETH), the altcoin has continued to record fortnightly gains of over 11%.

A little over a week ago, it appeared as though Ethereum, the second-largest cryptocurrency by total market capitalization, was on its way to smashing its all-time high value of about $4,300 that it had scaled up to earlier this year. However, over the last 7-day span, the altcoin has gone on to register an average loss of around 8%. At press time, ETH is currently trading at $3,318.

As a result of this volatility, a massive decline in NFT sales – especially those related to digital collectible projects – was witnessed across the board. That said, to put things into perspective, total non-fungible token sales globally were found to have exceeded the $1 billion mark during August alone.

Amidst last week’s price turbulence, the Ethereum network – which currently houses a bulk of the NFT market – faced a lot of transactional congestion. Over the last 24 hours, the network’s average fee rose as high as $36, making the ecosystem practically unusable for most small-time retailers.

A closer look at the numbers

As per data made available by OpenSea, NFT sales on secondary markets have continued to subside through the first 10 days of September, with a number of highly touted projects including CryptoPunks, Art Blocks and BAYC witnessing massive 7-day trade dips of 85%, 82% and 69% respectively.

In fact, just one project in the top 20 has been able to record an increase in its 7-day trade volume: Vine co-founder Dom Hofmann’s Loot (for Adventures) NFT, which saw its trade numbers go up by a cool +8%.

Expected to fetch anywhere between $12-$18 million, the auction of Yuga Labs’ 101 Bored Ape Yacht Club (BAYC) collection has gone on to smash all its previous price projects by bagging a final bid of $24.39 million. To be a bit more elaborate regarding the specifics of the deal, the above-stated NFT bundle consists of 101 Bored Apes and three M1 and three M2 “Mutant serum” NFTs.