Ethereum’s price surges above $3,900 as the NFT market booms again 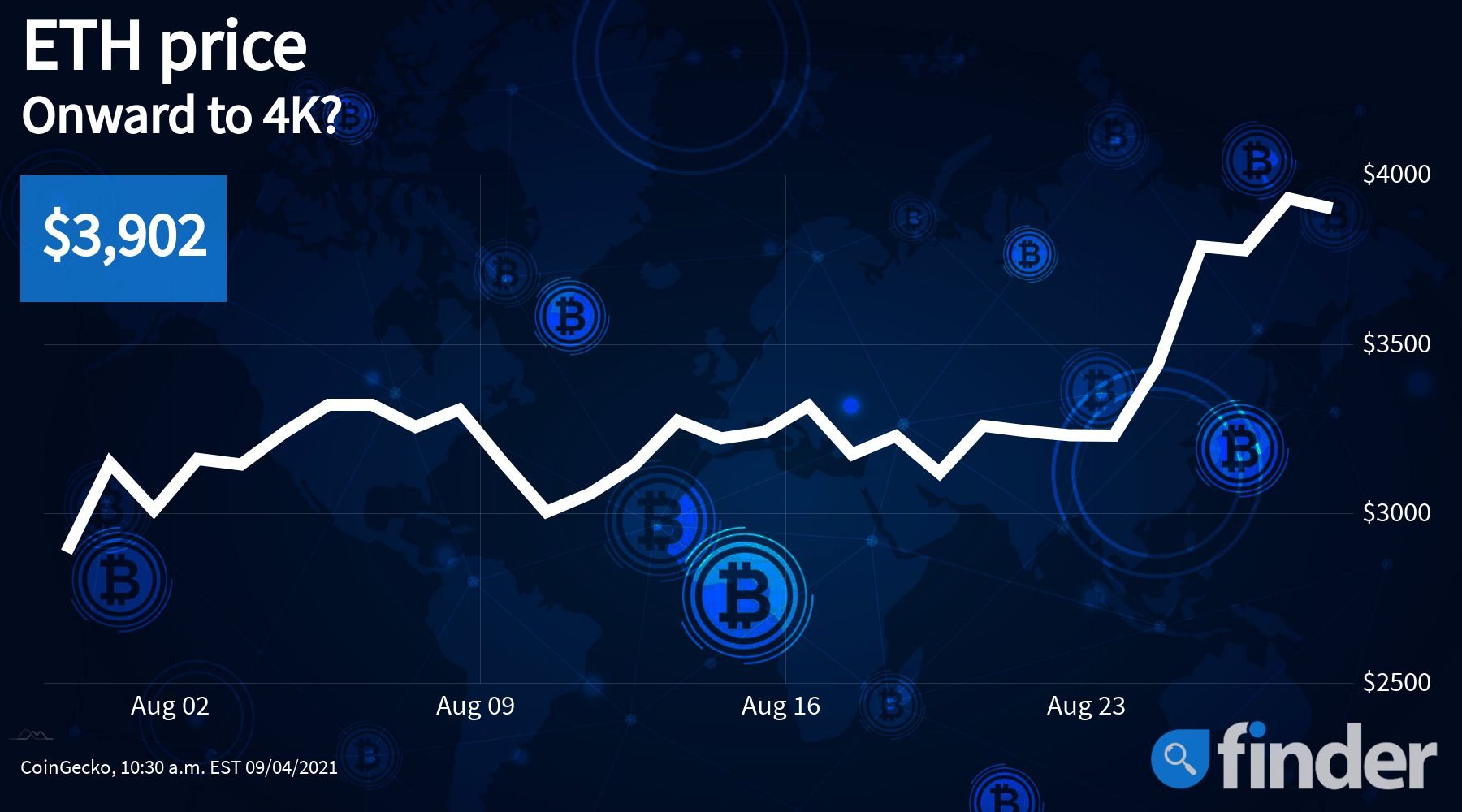 Ethereum’s recent ascent has resulted in the currency recording gains in excess of 50%!

There seems to be no slowing down Ethereum (ETH) at the moment, with the second-largest cryptocurrency by total market capitalization currently showcasing weekly gains in excess of 21%. At press time, ETH is trading at $3,902.

As ETH continues to showcase increasing stability around the $3,800 mark, many experts believe that the coming few weeks could see the alt-asset sector, as a whole, make a major financial push. This notion is not farfetched, especially when looking at the recent growth of the NFT market, which largely operates atop the ETH blockchain.

Earlier today, the original Doge meme NFT has now reached a critical mass valuation of a whopping $220 million, especially after its successful fractionalized token sale concluded a few days ago. If that wasn’t enough, premier auction house Sotheby’s recently announced its prediction that its Bored Ape Yacht Club NFT will most likely draw in investor calls of $12+ million.

During an interview at the World Economic Forum recently, Christine Lagarde, former IMF president and current president of the European Central Bank, was quoted as saying that stablecoins should not be labeled as currencies but rather viewed as assets that need to be “regulated” and “supervised.” He added:

“Stablecoins are pretending to be a coin, but in fact, it’s completely associated with an actual currency. For instance, some of them are saying that they can be used for transactions, but the value will be exactly aligned to the dollar.”

Since most stablecoins use the ERC-20 token standard and have been designed to run atop the Ethereum network, it will be interesting to see what implications these remarks have on the market.

In closing, it is worth remembering that recently Tether, the company responsible for issuing the USDT stable coin, recently agreed to pay damages worth $18.5 million as part of an out of court agreement with the Office of the New York Attorney General, with the latter alleging that Tether had faked its reserves to a certain degree.