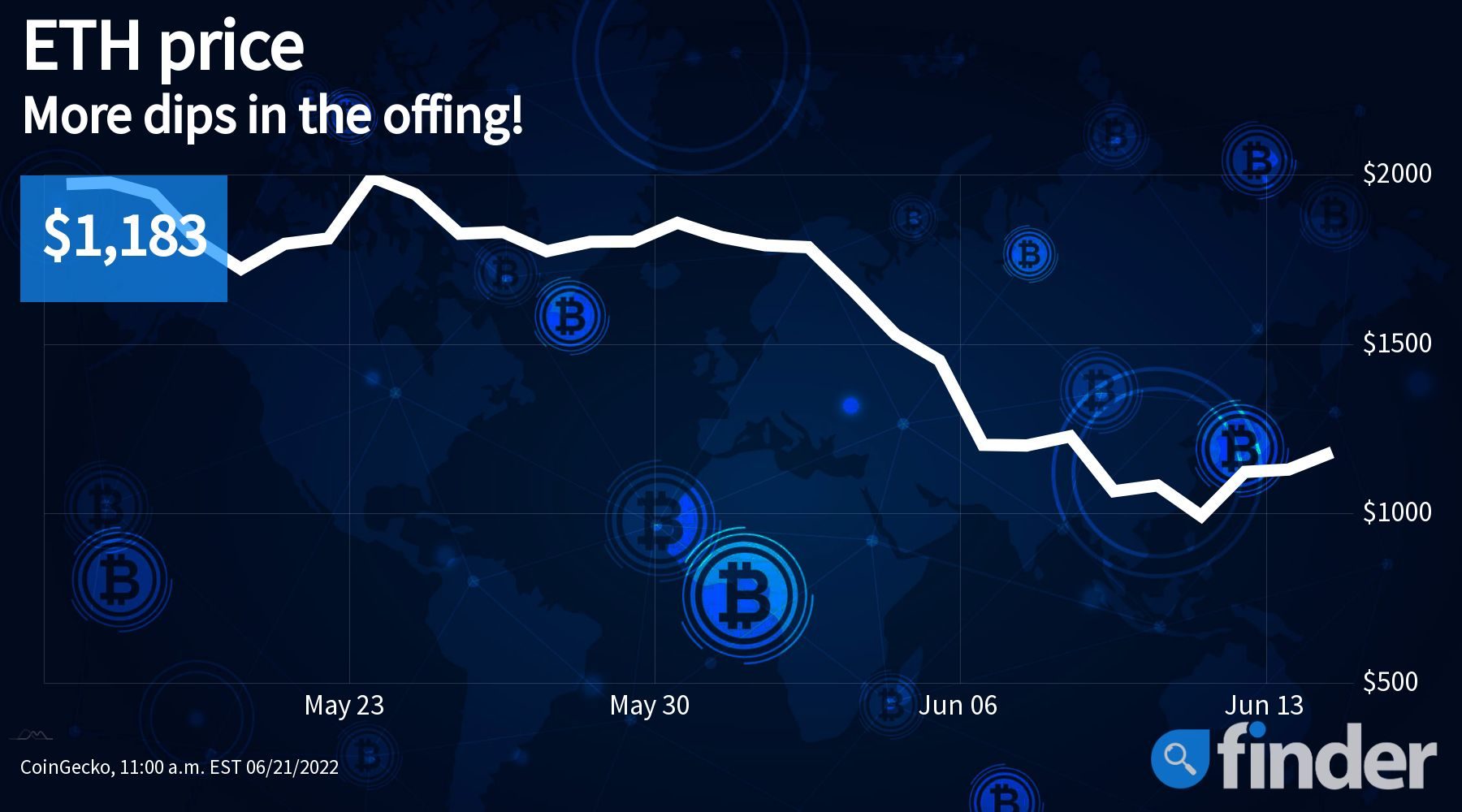 With the total value locked (TVL) across the Ethereum network recently dropping substantially, more selloffs loom large on the horizon.

The ongoing sell-off has resulted in Ethereum plunging below its all-important $1,000 psychological threshold yesterday, albeit briefly. The altcoin is currently down -26% over the past week and is trading at $1,183.

ETH scaled as low as $900 recently, its lowest price level in over 18 months. The currency has lost approximately 80% of its value after soaring to its all-time high of $4,878 last November. The decline coincides with the Federal Reserve’s decision to hike interest rates by 75 basis points, a move that has spurred the crypto and equities sectors into a bear market.

As more quantitative easing (QE) measures may be on the horizon, analysts have pointed out that the Federal Reserve (alongside many other central banks) has barely even started with its inflation-curbing efforts. A pundit stated: “The Federal Reserve has barely started raising rates. And for the record, they haven’t sold anything on their balance sheet either. There is bound to be more downside coming from that.”

Major crypto hedge fund Three Arrows Capital — which owned $10B worth of assets as of May — failed to prove that it had enough collateral to cover its soured bets. The firm now faces potential insolvency, a development that comes just a few weeks after the collapse of Terra, an algorithmic stablecoin project worth $40B during its heyday.

These changes have resulted in large amounts of capital exiting the Ethereum ecosystem, with the TVL within the network dwindling by over $120B over the past 45 days. Some analysts believe the ongoing downturn may be good for ETH in the long run, adding:

“The deleveraging event that is underway is observably painful and is akin to a form of mini-financial crisis. However, with this pain comes the opportunity to flush excessive out leverage and allow for a healthier rebuild on the other side.”

Where will Ethereum finally bottom out?

The Federal Reserve’s increasingly stringent monetary policies and the DeFi market’s current downturn suggests that Ethereum may remain in a bear market for the foreseeable future. Pundits believe that for any trend reversal to come to fruition, Ethereum must regain its $1,000 psychological support. Failure to do so could result in the token slipping to $830.

The currency could also fall to $420 if its corrections mirror those recorded back in 2018 when ETH lost more than 90% of its value.