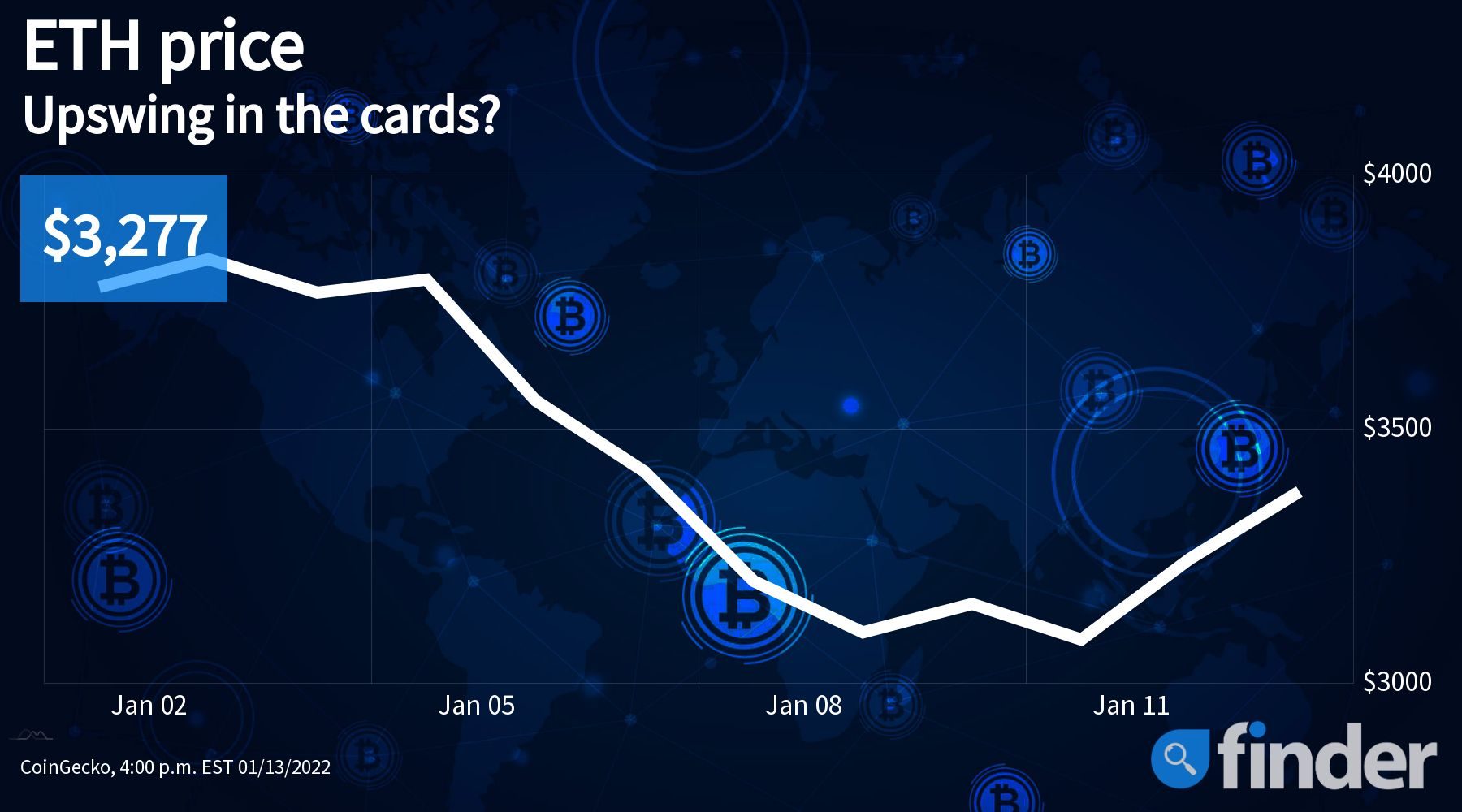 Ethereum has been able to accrue strong market support even as political unrest across Kazakhstan impacts mining operations.

After continuing to flirt with the all-important $3,000 resistance for nearly a week, Ethereum, the world’s second-largest cryptocurrency by total market capitalization, has continued to showcase emerging signs of bullish support. The digital asset is recording 24-hour gains of approximately 6%, and is currently trading at a price point of $3,277.

As for what may be causing Ethereum’s value to swing so wildly — experts believe that, for one, the altcoin may simply be following Bitcoin’s price movements. The flagship digital asset experienced a dip of 40% since scaling up to its all-time high value last November. The volatility could also have been compounded by the Federal Reserve’s decision to tighten its regulatory policies over the course of 2022 as well as the current political turmoil taking place within Kazakhstan — something that has had a major impact on the country’s local mining infrastructure.

That said, central bank digital currency (CBDC) adoption has continued to forge ahead as usual, with reports suggesting that China’s e-CNY wallet is now the most downloaded app within the region. Additional pilot programs related to the digital yuan have also continued to garner momentum across additional cities.

After having made their debut in April 2020, a host of digital yuan-based pilot programs have reached a point in their lifecycles where the Chinese government is confident in rolling out the e-CNY for mainstream use — especially by the start of the 2022 Winter Olympics, slated to take place in Beijing next month.

Per a report released by blockchain security firm CertiK, a vast majority of hacks and scams witnessed in relation to various DeFi protocols over the last couple of years have been due to the market being fairly “centralized.” Over the course of 2021, a total of $1.3 billion worth of digital tokens — via approximately 45 scams — were lost, representing a rise of more than 60% when compared with 2020. The report goes on to note:

“These numbers underscore the importance of decentralization and highlight the fact that many projects still have work to do to reach this goal. Centralization is antithetical to the ethos of DeFi and poses major security risks. Single points of failure can be exploited by dedicated hackers and malicious insiders alike.”

Another research study released recently states that over the last 12 months, the total value lost as a result of various DeFi hacks and scams lies at a whopping $10.2 billion.