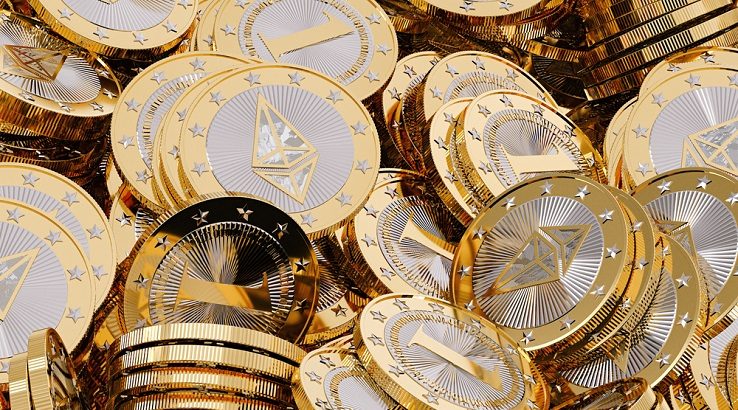 While a price surge is promising for investors, extreme volatility envelops the entire cryptocurrency arena.

Ethereum’s digital token, ether, has raced past the $1,000 milestone for the first time ever in its history.

The currency’s value is hovering around $1,013 as of 2 p.m. Eastern Time January 4, according to CoinDesk.

At the close of 2017, its value was $755. Earlier this week, ether peaked at a high of $900 but rallied Wednesday and finally broke past the $1,000 mark on Thursday morning, according to CoinDesk’s Ethereum Price Chart. 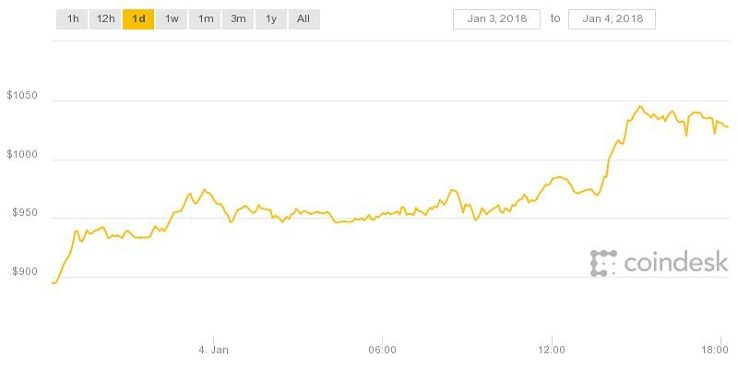 While this price surge is promising for investors, it’s important to note the extreme amount of volatility that exists in the cryptocurrency arena. For example, market cap leader bitcoin saw its value plunge by more than one third in just a few days late last month, falling from a lofty all-time high of nearly $20,000 to just $12,200.

However, bitcoin remains way out in front, possessing a total market capitalization of more than $257 billion.

In a blog post written earlier this week, Ethereum’s co-founder Vitalik Buterin emphasized that scalability was “perhaps the single most important key technical challenge” for blockchain applications to attain mass adoption. In order to overcome this hurdle, he announced that Ethereum would be launching two new subsidy programs focused on expanding the scale and overall development of the growing distributed ledger.

Cryptocurrencies have been on a tear lately and although it was a quiet Christmas for Stellar Lumens (XLM), that changed dramatically in the last days of 2017. Stellar Lumens shot into the new year with a price explosion from about $0.20 per coin on December 28 to nearly $0.60 on the morning of Tuesday January 2, 2018.